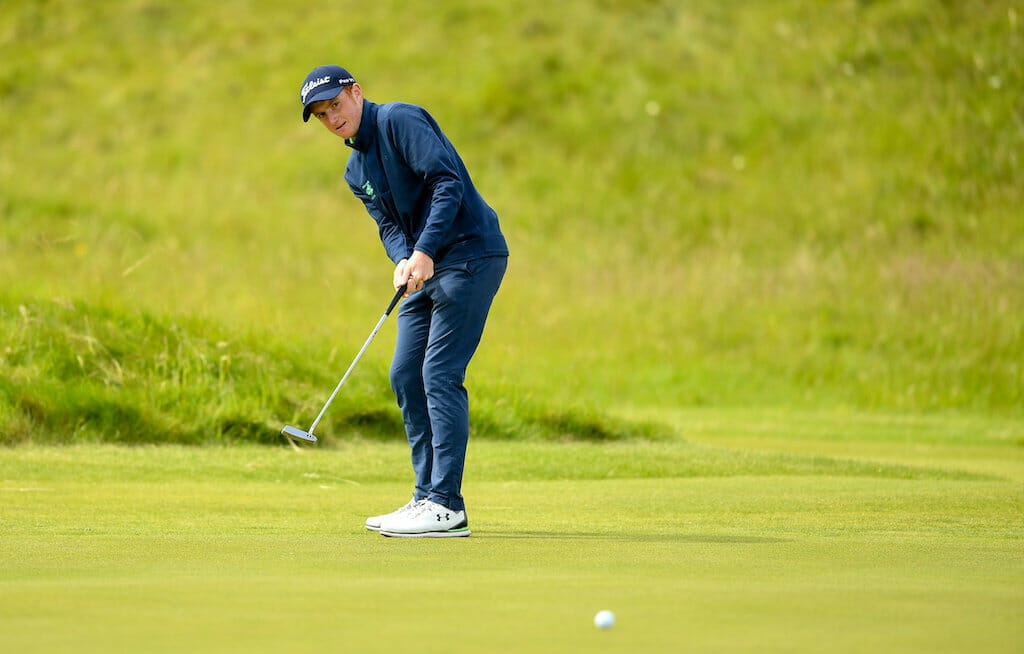 All twelve Irish players who advanced to Final Stage this week earned some status to next year’s EuroPro roster but the highest membership was reserved for the top-30 after Friday’s final round at Studley Wood.

As he has done all week, Galway professional Mullarney led home the Irish contingent, signing off in style with a five-under par round of 68 for a 13-under par tally.

Mullarney, who moved to the paid ranks in December 2019, ended a superb week in tied 7th spot and now has his pick of the 2021 EuroPro Tour schedule to look forward to having seen his playing opportunities stunted this year.

Mullarney will be making his latest adventure in golf alongside plenty of familiar faces with his dinner date this week, Cameron Raymond taking route 66 to the finish line.

The St. Annes professional grew into the week more and more with every round and helps himself to category 3 also with his 11-under par tally good enough for a tie for 22nd.

Also at minus-11 was K Club professional Conor O’Rourke whose form since the restart has been rewarded with some clear direction next term.

O’Rourke recorded a final round four-under 69 but most remarkably, eagled the last to leapfrog into the coveted top-30 spots.

The Kildare man will hope to use his new found EuroPro status as a platform to return to European Tour competition where he has been a regular until recently on the Challenge Tour.

Also sneaking inside the top-30 in a share of 29th was Tullamore’s Stuart Grehan who returned a three-under par round of 70 to earn the best category possible at 10-under par – well done lads!

Minus-10 was the magic number for those wanting to maximise playing opportunities to the Tour next term – one too many for Eoin Leonard (-9) and three too much for Cork’s John Hickey (-7) who can be consoled with a more than useful category 6 membership next season.

While last but not least, Shannon’s Daniel Brennan carded a final round of 70 to help himself to category 10 status at five-under par.

Thirty players plus ties have earned the top category available at Category 3 with players 31–60 and ties getting category six. 61-80 and ties category 10. Ten under was enough to secure category three.

Full categories for those who missed the cut can be found here.

The 2021 season gets underway in May at Luton Hoo Hotel, Golf & Spa and the full schedule can be found here.