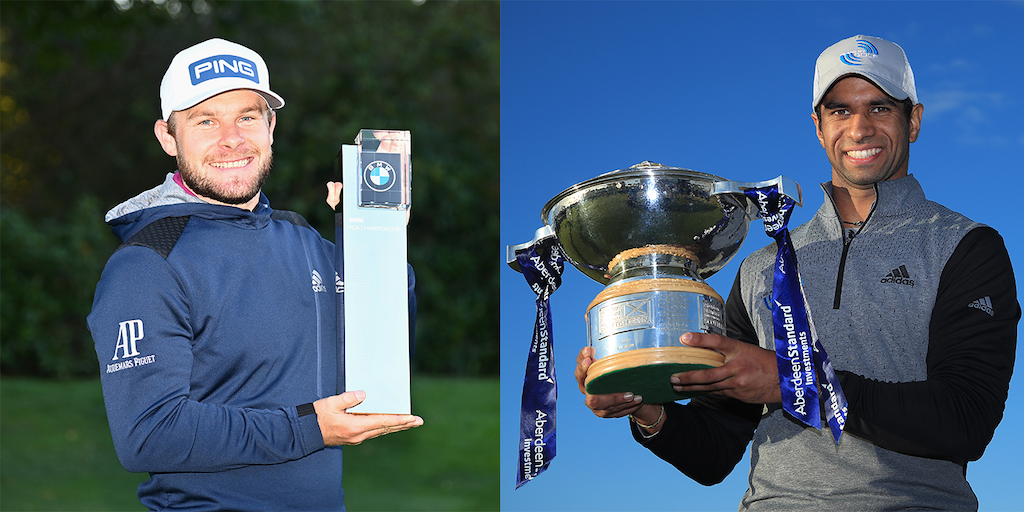 Both tournaments were played without spectators as the European Tour continues to operate a tournament bubble as part of the Tour’s health strategy based on UK government guidelines.

Instead, fans have been turning to their TVs and digital devices to stay in touch with the European Tour’s events, with the back-to-back Rolex Series events providing a premium viewer experience through enhanced broadcast and digital coverage.

Innovations included the introduction of TopTracer4K, an overall increase in the use of TopTracer to a total of nine tees, alongside the popular TopTracer fairway, enhanced augmented graphics, integrated aerial coverage from drones and the plane cam, shot by shot live statistics and enhanced audio from players and caddies. Viewers also continued to be brought closer to the action through the Sky Cart, in-round interviews and tournament winners celebrating their victories with their family via greenside video calls.

Furthermore, highlights of the Aberdeen Standard Investments Scottish Open and BMW PGA Championship also proved popular on terrestrial television in the UK, with peak figures of more than 750,000 on the BBC.

In addition to bumper viewing figures, the fortnight of Rolex Series events also recorded the 2020 season’s highest social media impressions, collectively exceeding the totals from their respective 2019 editions by five per cent.

The success of the two Rolex Series events further demonstrated the sustained boom in demand for live golf since the resumption of the 2020 European Tour season, with viewing figures for the six-tournament UK Swing in July and August 64 per cent higher than the Sky Sports 2019 average for European Tour events.

Rufus Hack, the European Tour’s Chief Operating Officer and Managing Director of European Tour Productions, said: “It has undoubtedly been a significant operational accomplishment to stage these events in the current circumstances and we have made a substantial investment in our health strategy to create the safest possible environment to continue providing live golf. We are therefore delighted with the response from fans on our broadcast and digital platforms, both across the two Rolex Series events which have created a real festival fortnight of golf, but also since our resumption in July.

“We all badly missed live golf when it was suspended in April and May and these figures certainly underline the demand that exists to watch and enjoy live coverage of our sport.  Although we dearly miss fans being able to attend our events in person, through the latest innovations and with the support of our key broadcasters and partners, we are able to offer the most insightful viewer experience possible.”

“Our team continues to work hard in testing times to bring the best golf coverage to Sky Sports subscribers and we look forward to bringing our customers plenty more world class golf in the coming weeks.”

Alongside broadcast and digital innovations, the European Tour’s 2020 season will also continue to be underpinned by its #GolfforGood initiative, which has been raising money for charities and rewarding the true heroes of the COVID-19 pandemic.

Last week, David Howell’s hole-in-one at the BMW PGA Championship secured a donation of £71,675 for the tournament’s official charity, the Alzheimer’s Society, from tournament title sponsor BMW. That took the overall amount raised by #GolfforGood so far to £902,091.