On song Harrington shooting for eagles in Scotland 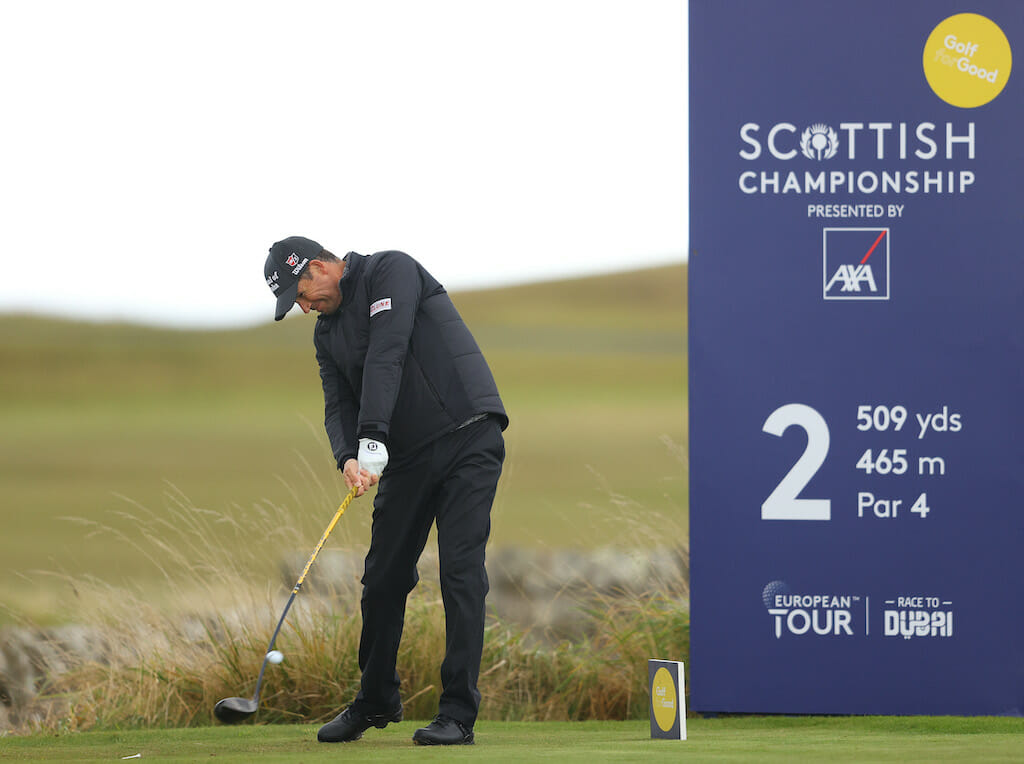 Eagle-making machine Padraig Harrington will look to continue his remarkable scoring efforts of late at this week’s inaugural Scottish Championship at the Fairmont Resort to the east of St. Andrews.

The €1m event is the first on the Torrance course for the main European Tour after six prior stagings of the Scottish Seniors (2009 – 2014).

In his past two events, Harrington has brilliantly grabbed five eagles over his eight rounds, two at the ASI Scottish Open and three during last week’s BMW PGA.

“I have been driving the ball well the past two weeks and giving myself good chances for birdies and, of course, a few eagles which has been nice,” he said.

“Last week at Wentworth, I was sixth in ‘strokes gained off the tee’, seventh in driving accuracy which is unusual for me, and I putted well.

“I wasn’t sure where I would be playing after the Irish, so it’s been nice to be playing these four in a row.”

Of course, Harrington is no stranger to St. Andrews while he’s driven past this week’s Fairmont Resort host venue many, many times on his way back-and-forward to Kingsbarns Links for the annual Dunhill Links Championship, but it’s the first-time teeing-up on Torrance course.

“The golf course looks great and the greens are fantastic, given we are into the middle of October,” he said.

“It’s also like two different courses this week as there are eight holes on one side of the road that divides the course and then the remaining 10 on the other side.

“The second 10 holes are a lot tougher and you have to hit the ball really straight as the rough is pretty tough. There are also cross winds, so you are going to have to really work the ball.

“So, yes looking forward to the week.”

Unfortunately staying on course in the tournament ‘bubble’, means Harrington and his fellow 107 competitors will not be able to venture into the Auld Grey Toon as is so much a part of any visit to the Home of Golf.

Lee Westwood summed it up best:

“There’s definitely something missing, but something is always going to be – we’re living in strange times so you can’t have it all the way you want it,” he said.

“This is a new normal. There’s no going into the town, or into the Jigger Inn for a pint.

“You turn up, test, pass, go into the hotel, practice, go to the gym, there are other ways of occupying your time which are probably more beneficial to members of the Tour than going for a pint.

“It’s clinical. No crowds to create that atmosphere but needs must in certain cases.”

Joining Harrington this week from an Irish point of view is Cormac Sharvin, Niall Kearney, Gavin Moynihan and Jonathan Caldwell.