Laird books place in next year’s Masters with Shriners win 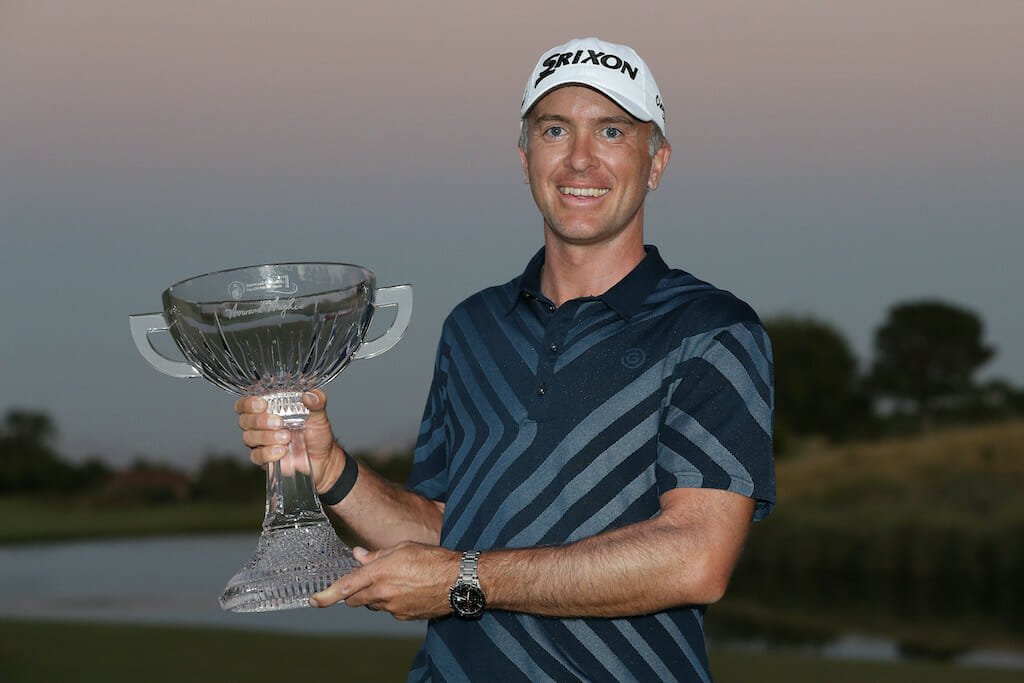 It will be eight long years next April since Scotland’s Martin Laird last teed-up in the Masters.

Laird qualified for the 2013 Masters, securing the very last tee-time in winning the Valero Texas Open the week prior in San Antonio.

Now nearly eight years on and the now 37-year old has earned an exemption into the 2021 Masters thanks to a brilliant, stunning and also quite remarkable second Shriners Hospital for Children Open success in Las Vegas.

Laird’s first Tour win was in the 2009 tournament but after bogeying the final hole in regulation, he was successful in winning in a play-off while a year later Laird also bogeyed the 72nd in the defence of his title but eventually lost out when American Jonathan Byrd created PGA Tour play-off history winning the event with a hole-in-one at the fourth extra hole.

Now for a third occasion, Laird found his way into a Las Vegas play-off and yes, also after taking a ‘5’ at the 72nd hole.

All three players made par on the 18th before heading to the par-3 17th for the second extra hole.

Laird hit first but then was closest to the hole with Wolff and Cook both missing their birdie attempts until Laird settled the issue in calmly rolling-in the winning putt.

“He’ll be very lucky to make a 4 from there,” said one of the CBS Sport commentators.

“He’s got to be anxious,” said one of the TV colleagues.

Well, Laird chipped his ball through the trees and onto the green from where he holed out for a par.

Second time around, Laird made sure of it and in the process ended a seven-year winless drought to be assured also of returning home to his wife and two sons with a long overdue tournament trophy.

I had waited-up to just after 2am (Irish time) to watch coverage of the Scot’s win and afterwards asked the now four-time PGA Tour winner where the victory will rate in his career.

“I don’t know right now, but I think when I sit back and think about it, this one might go right to the top just because it’s been a while,” he said.

“I had a bunch of life changes since my last win. Now I’ve got a couple kids who kept asking me when I was going to win the trophy. They would see the ones that I previously won and they weren’t born when I won them, so they kept asking, Daddy, when are you going to win a trophy?

“It’s going to be nice to take a trophy home for them this time.”

And we followed-up asking Laird how much he is now looking forward to taking his family next April to the Masters.

“Yeah, I mean, obviously there are a lot of the doors open with the win, and that’s one of the nice perks. You know, yeah, I’m going to enjoy them all and that’ll definitely be one of them,” said Laird.

Victory sees Laird jump a massive 270 spots to be the new World No. 88 and his highest world ranking since mid 2017.