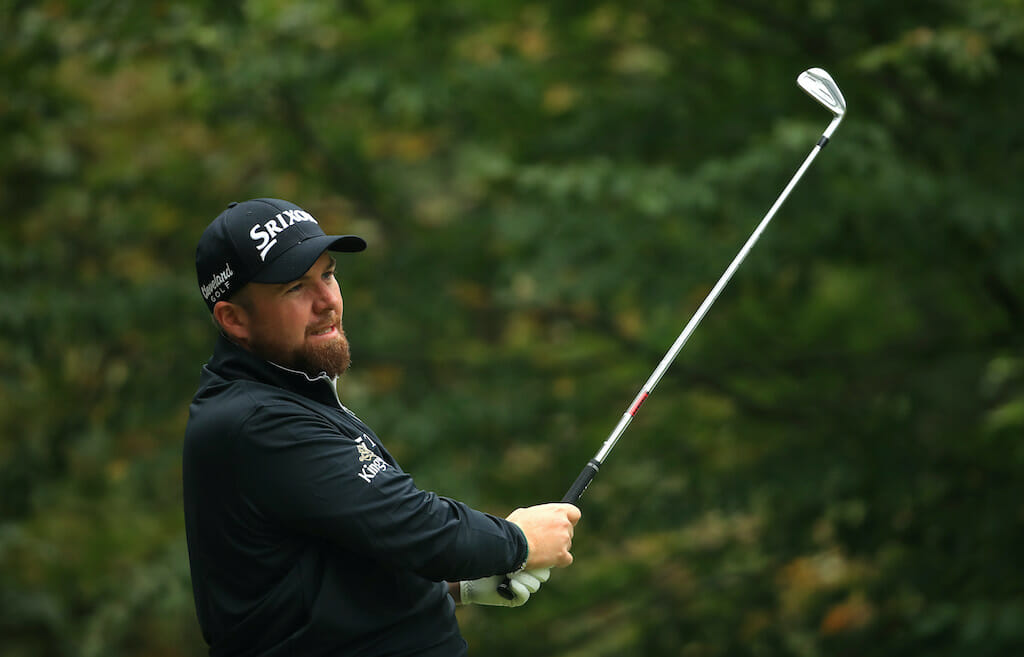 Lowry was left lamenting three unforced errors that cost him four shots, including a ninth hole double-bogey and last hole bogey, to end his round with a two-over par 74 and tumble to a share of fourth place at 10-under par on the West Course at Wentworth.

“It was an ugly finish and he’s now got it all to do,” said SKY’s Ewen Murray.

Hatton, the reigning Arnold Palmer Invitational champion, capped his round with an eagle ‘3’ at the par-5 12th hole on route to a 14-under par tally and three shots clear of his nearest rivals.

Lowry went into golf’s traditional ‘moving day’ sharing the lead with Matthew Fitzpatrick at 12-under par.

After three opening pars, Lowry then birdied the par-4 fourth hole for a third day running but he then missed the green at the par-4 ninth hole and proceeded to horribly three-putt for a double-bogey ‘6’.

Lowry was two shots clear at the time but the unforced error opened the door for Hatton to step-up into a tie for the lead on 11-under par.

The Royal Portrush winning hero birdied the 12th for a third day but then produced further unforced errors at 16 and the last hole in posting bogeys.

Though in fairness to Lowry at the last, he had arrived at his ball to play a third shot just as another shower came down forcing Lowry to don the waterproofs, and from where he played a very poor chip shot over the water guarding the green and then three-putted for a bogey ‘6’.

“Shane played beautifully the first eight holes and then when he made that double-bogey on nine, all of a sudden he kind of lost his mental focus and his poise.

“His poise as a golfer was gone on that back nine. He looked agitated all the time and even though he hit some great shots, including into 16 and 18, as 16, 17 and 18 have been yielding a lot of birdies but today played those three holes in two-over par.

“I mean he got agitated when he didn’t need to be because he was right there in the tournament but now he’s a long way to come back particularly with a player like Tyrrell Hatton and how well he’s playing.”

Big threat now to Hatton could be visiting American Patrick Reed not only looking to win for a first time in Europe but to stretch his lead on the Race to Dubai as he strives to become also the first American in the near 50-year history of the Tour to become No. 1.

Reed posted a third day 68 to move to 10-under par, thrilled to have ended his day with an 18th hole eagle.

“The eagle there on 18 was huge and to see that go in for a ‘3 has given me the momentum and encouragement going into tomorrow,” said Reed.

Also, on 10-under and tied with Reed and Lowry is former European No. 1 Tommy Fleetwood and fellow Englishman David Horsey, with each signing for 67s.

Spare a thought too for England’s Matthew Fitzpatrick who shared the second day lead but then found himself caught-up in the Bryson DeChambeau controversy post Friday’s round.

Fitzpatrick could find no forward momentum as reflected when he hurled his golf ball into the water at the last in a shock round of 76 to be at eight-under.

Graeme McDowell and Padraig Harrington each signed for level par 72s to each remain at one-under par, just inside the top-50 heading to the last day.

McDowell again must have been shaking his head having birdied the par-4 eighth hole for a third day running but then also bogeyed the ninth for the third successive day.

And Harrington remarkably grabbed a third eagle in as many rounds in finding the green in two at the par-5 18th and rolling in the eagle putt.

Harrington has turned into an eagle-making machine in recent weeks having grabbed two eagles last week at the ASI Scottish Open and now three at Tour HQ.