DeChambeau on how he would go about ‘Bryson-proofing’ Augusta 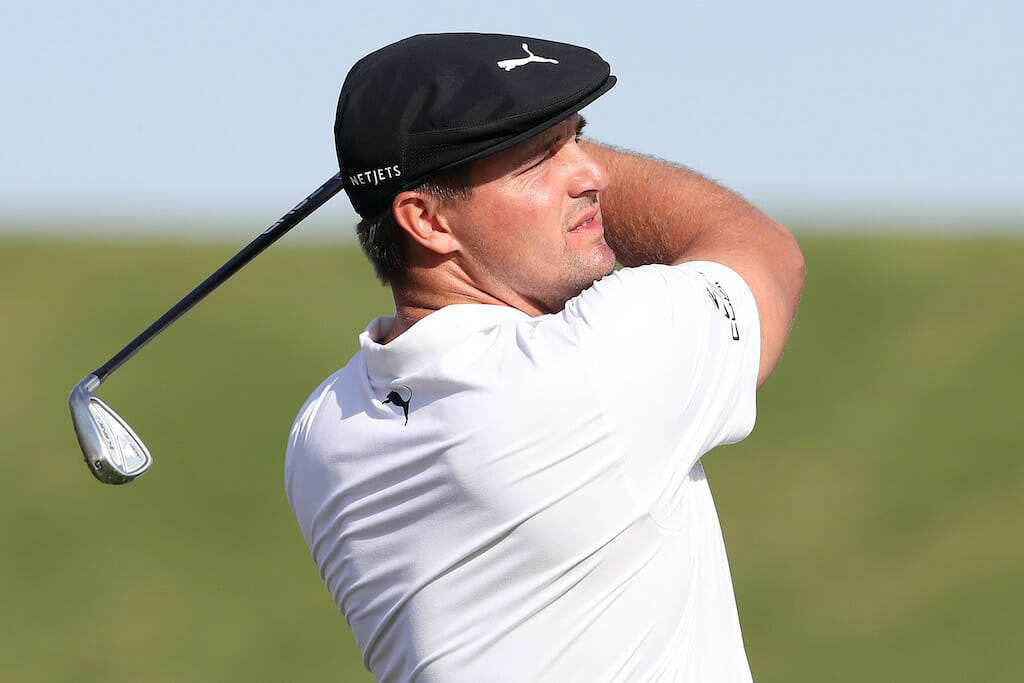 For a second time in some 20-years, Alister MacKenzie will be turning in his grave at talk of toughening up Augusta National.

MacKenzie designed the course in the early 1930s and for nearly 70 years the world’s best golfers peacefully competed without hardly any fuss at all when it came to the golf course.

And then in the late 1990s Tiger Woods came along and demonstrated a newer muscle-bound way to play the Georgia golfing gem.

It led to calls of the need to ‘Tiger-Proof’ Augusta but the changes being proposed seemed downright stupid with many suggesting any lengthening of the course would play right into Tiger’s hands.

But Augusta National went ahead and under the guidance of course designer, Tom Fazio, added yardage to nine holes ahead of the 2012 Masters, and we’ve seen in recent years nearly 70-foot high trees appearing overnight on holes like the 11th and 15th.

At other holes, tees have been moved back and rough grown higher while there has been a narrowing of fairways with Augusta National buying up virtually every property within a Bryson DeChambeau drive of the club.

Augusta National added some 500 yards ahead of the 2006 tournament so that it measured 7,435 yards; that was the longest the course played in 10-years.

“Tiger-proofing was not the correct term to use,” said Jim Furyk at the time.

“When I first started playing that place … it was just a fun golf course to play. You had short irons in your hand and these crazy greens going everywhere.

“You would go at a pin, you knew the consequences if you missed.

“Quite honestly, it’s not a fun golf course to play right now. It’s hard. It’s very demanding, both physically and mentally. It has a feel of more of a U.S. Open type of struggle, rather than going out there, blaze of glory, shooting at pins and making a birdie or bogey.”

Now with a month to the rescheduled Masters, all the talk is whether or not the green jacketed members should be ‘Bryson-Proofing’ their prized Augusta.

We’ve already heard fears from the likes of Major Champions Gary Player, Sandy Lyle and Graeme McDowell about what DeChambeau could do to the Old Course at St. Andrews.

Now what does DeChambeau think he could do to ‘Bryson-Proof’ Augusta National.

Golf’s version of Hulk Hogan was asked that very question in blasting out nine birdies in muscling his way to the early lead on day one of the Shriners Hospital for Children Open in Las Vegas.

“I certainly wouldn’t make it (Augusta National), longer as that’s only going to give me a bigger advantage,” said the reigning US Open champ who had an incredible six eagle putts during his round in Las Vegas.

“Without giving too much away, I would definitely say that you almost can’t. And I’m not saying that in a cocky manner at all. I’m just saying it’s difficult to control length.

“Because even if I hit a 4-iron off the tee, right, compared to somebody’s 3-wood or driver, it’s still a huge advantage to hit it farther.

“So, they’re never going to be able to take away athleticism, and I don’t know the situation that would hinder my performance with the added length.

“Even if it’s a tight short golf course, you look at RBC Heritage, I was still able to perform pretty well there hitting it pretty well with my irons and putting pretty well, too.”

Talk about throwing down the gauntlet.

If you listen carefully you can hear the sound bouncing off a set of entrance gates at 2604 Washington Road, Augusta, GA that bears a sign saying: “Augusta National Golf Club.  Members Only”