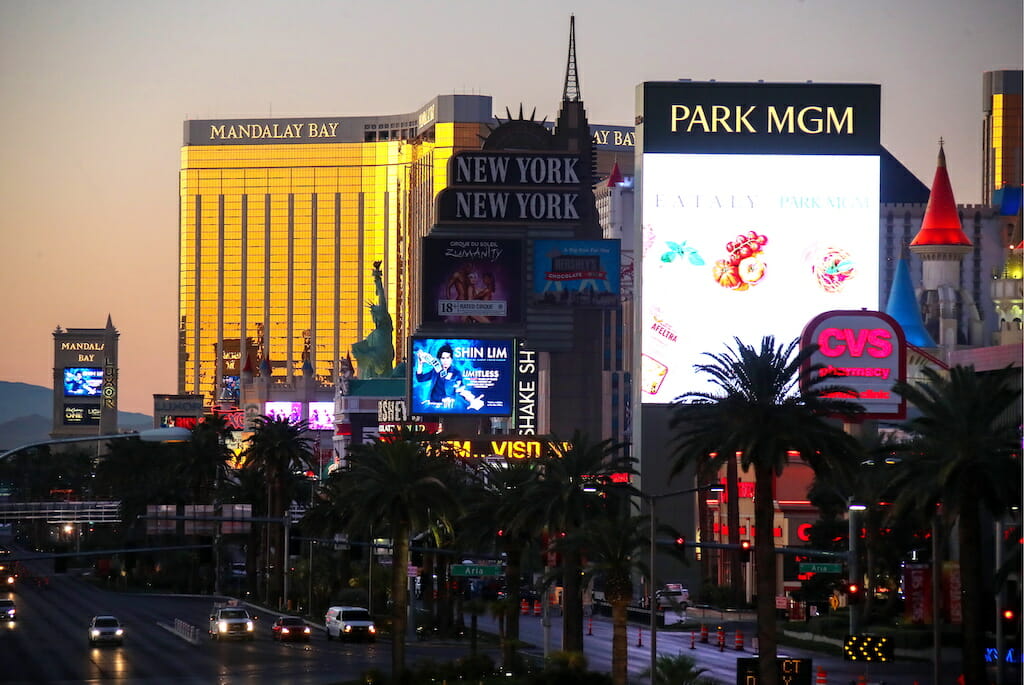 I’ll admit that when I first drove down the Las Vegas strip in a rental SUV, golf was the last thing on my mind.

Five Irish students pooling their resources together to afford a Cadillac Escalade for the week, we rolled down those – electric – windows and blared Elvis’ A Little Less Conversation as loud as the speakers would let us.

Little did those horrified faces walking the Strip that evening realise that the hot shots in the shiny jeep were hot and glistening for other reasons – sweat pouring out of us after refusing to turn on the air-con for five hours to save on petrol.

From the fountains of The Bellagio to the blackjack tables of Caesar’s Palace, we were pinching our pennies to spend elsewhere and after a few wild nights in Sin City, we departed blissfully unaware that Vegas was an oasis in the desert, not just for those wanting to party, but those wanting to play golf as well.

This week Las Vegas plays host to the Shriners Hospitals for Children Open at TPC Summerlin where past Shriners champ Bryson DeChambeau is a headline act worthy of rivalling Cirque Du Soleil.

And just like Galgorm Castle got two bites of a European Tour cherry in September when hosting both the Challenge Tour and the stars of the Main circuit, the PGA Tour stays in town for part II of the roadshow next week for the CJ Cup at Shadow Creek.

Now although this double-header is primed for a city known more for its debauchery than its golf, and while not quite in the same league as the bright lights of Ballymena, it’s worth mentioning that far from a town where just us regular punters roll the dice, Vegas is proving a safe bet for PGA Tour players to set up a base and hone their craft.

The sunshine, the airports, no state income tax, it even boasts the golf courses, and no wonder then that the likes of reigning PGA Championship winner and sure to be multiple Major Champion Collin Morikawa is so pleased to call it home.

“Yeah, who knows what’s in that Vegas water out there,” says Morikawa, a Southern California boy. “I’ll keep drinking it.”

Far from alone in setting up his roots near the Strip, Maverick McNealy and Kevin Na are amongst a number of others attracted to this oasis in the desert, buoyed by the hard working environment it has become for some of the sport’s best stars.

“My coach Butch Harmon is out there in Henderson (a 20-minute drive south),” says McNealy.

“And there’s actually an incredible amount of young players that are out there now. They’re calling it the Jupiter of the West – lots of PGA Tour, LPGA, Korn Ferry, Canada, Latin America, high school players, college players.

“It’s pretty motivating to be out there. Everybody is working hard, and I know there’s a lot of people out there trying to get my job, too.”

Indeed, Las Vegas is steeped in golf history, at least for as long as I’ve been looking at it in an altogether different light in my time on this earth. It’s where a certain Tiger Woods recorded his first PGA Tour win in 1996 while Chip Beck became just the second player to shoot a 59 on the Tour when doing so at the 1991 Las Vegas Invitational at Sunrise Golf Club. (American Scottie Scheffler became the twelfth player to enter the sub-60 club at this year’s Northern Trust)

So yeah, Vegas… who knew? Well, Mr. McNealy sure did. Call him the town spokesman, Maverick is constantly hailing his adopted city since making the move from the California Bay Area.

“The weather is good but not too good, which is important, because we know what it’s like to play in heat, cold, wind, and just about every day is playable but it doesn’t mean it’s always easy.”

Such choice has brought a wealth of likeminded players eager to sharpen their blades between tournaments, meaning the cash games of Las Vegas aren’t strictly reserved for the tables of the nearby casinos, but the carpeted fairways of its stunning golf clubs, too.

“There’s always a game out at TPC Summerlin,” McNealy explains. “The people I see out there most are Alex and Danielle Kang, John Oda, Shintaro Ban, Aaron Wise is out there a bunch, even Scott Piercy, Ryan Moore, Kevin Na. There’s so many guys. Inbee Park is out there.

10 or 20 dollars would’ve been too rich for my blood as I went from table to table with my photocopied passport, ID’d to the hilt, my face free from worry, adopting a guttural tone to ensure I was allowed roll the dice at as many casinos as I could.

I’d love to tell you how it all went down. How that night with the lions at the MGM Grand was so nearly my last… but… what happens in Vegas, and all that.

Luckily for us golf fans, however, this week’s Shriners tournament is broadcast so the whole world can see it. There are no Irish in the field.