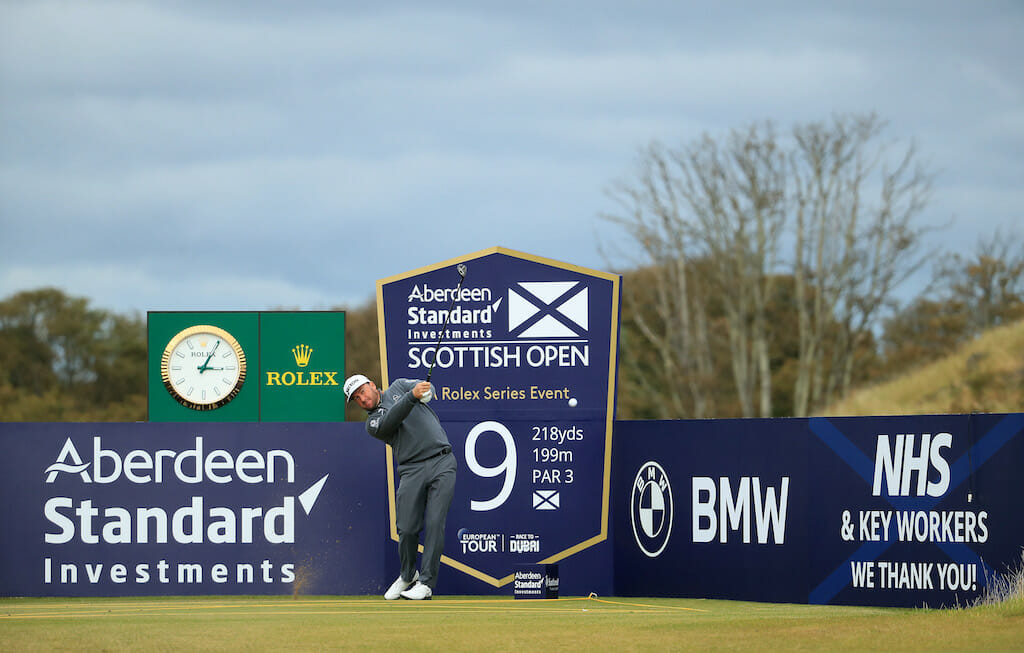 McDowell found himself digging deep for warmer clothing and was rugged-up under four layers as winter-like weather had players dressed in woollen beanies and fleecy-lined mittens on the Renaissance course to the east of Edinburgh.

A week ago, McDowell was sweating it out in sauna-like conditions in the Dominican Republic, teeing-up along the shores of the Caribbean as he defended his Corales Puntacana Championship but missing the cut with scores of 70 and 73.

“This is certainly a big change from last week – it’s been so long since I’ve played wearing as much clothing as I have on now but then in saying that, we’re usually playing the Dunhill Links this time of year so it looks as though we’re going to have similar conditions,” he said.

“This Renaissance course is just so much greener than last year and with the rough a lot deeper, in parts, than last year when it was very firm, very bouncy and very brown.”

Austrian Bernd Wiesberger won the 2019 event on a then sun-baked Scottish course in a play-off after he and Frenchman Benjamin Herbet finished tied at 22-under par.

It led Rory McIlroy, who eventually shared 34th place at 13-under par, to declare the course to be ‘too easy’.

Just a few weeks later and at the same venue, Korea’s Mi Jung Hur claimed victory with a 20-under in the Aberdeen Standard Investments Ladies Scottish Open.

However, American Stacy Lewis finished at five-under when he won in a play-off in the 2020 hosting of the event last August.

American-born Renaissance CEO, Jerry Sarvadi said ahead of this week’s event: “The set-up and the look of the golf course is so different to last year and with this time of the year also so dependent on the weather.

“I feel like we are prepared. I feel like the golf course is ready. There is no question that greens are better than they have ever been. Everyone coming off the golf course for the last two months has commented about the greens being magnificent.”

McDowell, a winner in 2008 at Loch Lomond, would dearly love to become a third.

“It was nice coming into the course seeing banners featuring your photograph among all the former winners of the Scottish Open,” he said.

“Winning the Scottish Open back in ’08 at Loch Lomond was one of my most memorable victories for a lot of reasons.  Firstly, it was the first time my parents were present to see me win, as they were in the crowd at the back of 18 which was really cool.

“I had a two-shot lead coming down the last and hit my second shot to about eight-feet and Kenny (Comboy – caddie) said to me ‘you realise you’ve just made the Ryder Cup team’.

“I still get bumps just talking about it now, so that was one of the best 200-yard or 180-yard walks of my career up to then.

“So, for sure I’d love to win again this week.”

“I’ve won the same tournament twice just once in my career and that being the French Open back in ’13 and ’14, so yeah that would be nice.”

This week will be McDowell’s first taste of competition on European soil since a T15th finish mid-October last year at the Italian Open while he returns to the ‘regular’ European Tour also for a first occasion since capturing February’s Saudi International.

Harrington tees-up Thursday at 8.19am and McDowell in the second group of the afternoon at 12.16pm.