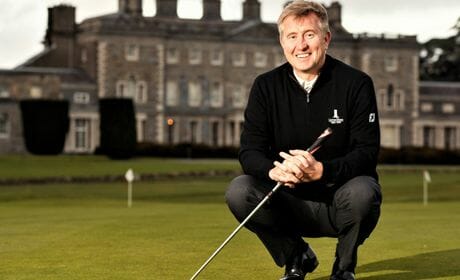 In November 2018 ILGU High Performance Manager David Kearney sat at an industry dinner to find himself recognising the person across the table. It was an ILGU National Panellist from sixteen years previous – the first year he had taken on the National Coach role. Discussing her life since and her time attending the training she said:

“It was great, you helped us when we needed it but you just let us do our own thing.”

The response was music to Kearney’s ears as his belief and aim was always to create a player-centric support programme.

Originally from Claremorris, Kearney learned his trade at Galway Golf Club and Royal County Down before spending some time in the US. When the National Coach role became available at the ILGU it was the challenge Kearney was looking for.

“It was so different when I began,” he explained. “We would have very little contact time with players, maybe two to three coaching weekends during the winter months and then you could meet a team at the airport to go to the European Team Championships and there might have been a player you hadn’t met before.

“It’s really strange to look back on it now because High Performance players are on all the time. Back then, myself, Sharon Morris and Johnny Glynn we were dishing out advice about how the body works, early signs of strength and conditioning for example. We were also trying to keep personal coaches in the loop, but that was essentially all the contact we had until we got together a couple of months later.”

“It’s been a really interesting evolution. It went on like that from 2001 to around 2009 and then the High Performance Programme was launched, that’s when it started to get a little more holistic.”

In 2010 a strategic review in conjunction with Sport Ireland was carried out which resulted in the High Performance programme. Three years later a team of coaches was introduced who were experts in areas such as psychology, strength and conditioning, course strategy, short game and physiotherapy. Kearney’s task now was to manage this programme with the ultimate goal of supporting individual players.

“When you’re in the job as long as I am you have to consistently challenge yourself to go to the next stage. Even seven years ago when the team of coaches was introduced, I remember being very conscious about putting good people in place. Trying to figure out who was the best at a particular job was less important, I found that welcoming people who I felt would come in, gel with the team and pull us forward was where we would excel. It was less about skillset, although that’s important, and more about what they could contribute.”

This aspect of Kearney’s leadership style filtered into his relationship with the players too.

“It was never a question that we were solely aiming to prepare these girls for turning professional, that was never really anything to do with it. It’s more to really get behind a teenager and champion their cause.

“One player’s goal might be to play for Ireland, or play Curtis Cup, or play for Leinster, so whatever that specific target is our job collectively is to get behind that challenge. If the target was unrealistic, well then we would have that conversation but ultimately a plan was put in place to support the player on their journey.”

Kearney has mentored many players during his nearly 20-year term at the ILGU, including LPGA Tour players Stephanie Meadow and Leona Maguire. Both players, and Olivia Mehaffey, competed at the ANA Inspiration earlier this month – a Major Championship where for the first time for this small island, all three made the weekend cut. While visibility of women’s golf has improved in Kearney’s time, he still believes there is a long way to go.

“I flick through the papers when I know Leona and Steph are playing on the LPGA Tour, I’ll still find much lengthier reviews of the European Tour, PGA Tour or even Satellite Tours, even if there are no players from Ireland in contention. There isn’t the same level of in-depth reportage. I think we still need to get to a point where female sport is available for view, and reported on so that people happen across it rather than have to go look specifically for the coverage. 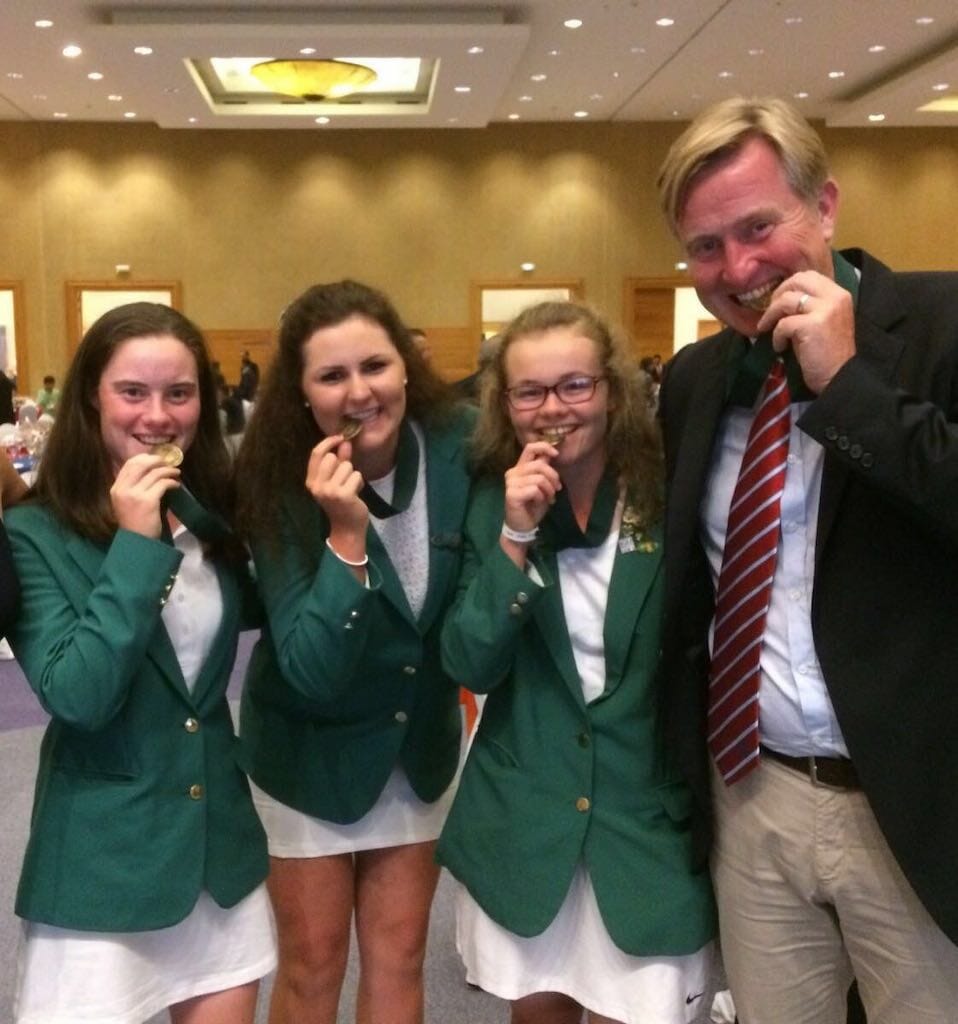 “I think Mick Bohan beat me to the punch when he spoke about the Dublin Football Team, I never saw it specifically as girls’ or women’s golf. It was just a group of performers. If it’s a male or female player, what matters is that you’re a coach using your craft to help them reach their goals. The media should have this same view.”

Another tangible difference from two decades ago is that of our online culture. In 2001 when Kearney first took up the reigns, there was no instant updates on live scoring apps, or social media channels to keep updated.

“I think teenagers are finding it tough,” he explains. “It’s hard to understand that we’re all individual, we’re all unique and have our own strengths and weaknesses. Your own judgement and security is challenging enough as it is without the exposure of the online world.

“Everything is 24/7 now. There are often times when you are having conversations with players in different time-zones outside the ‘9-5’ working hours. I think social media, and the fact that it’s perceived that you can’t hit a bunker shot without it being posted somewhere, comes with good and bad knock-on effects.

“If you look at the impact on mental health. I often think there’s a difference if a kid plays in a tournament, doesn’t do so well and comes home to their club a couple of days later with nothing said, compared to a kid who finishes their round and instantly can see what every other player had on every hole within a couple of minutes – I’m not so sure it’s a great thing. When I grew up the only way you’d know if the local football team had won the county championship was if there was a parade down the middle of the town – you wouldn’t know any different if they lost!”

Kearney has overseen many successes for the ILGU teams, from a European Girls’ Team Championship win in 2009 to the Home International success in 2016 and 2017. However winning the Bronze Medal at the World Amateur Team Championships in Mexico particularly stands out.

“From a performance perspective, having the opportunity to spend the week with Olivia (Mehaffey), Annabel (Wilson), Leona (Maguire) and Sandra (Barnett) at the World Amateur in Mexico is something I’ll never forget. To win a medal there having spent the previous three years working on a lot of great things with the team, the Irish Institute of Sport (IIS) and Sport Ireland was amazing. We’d such good fun that week. For Ireland, there had been a progression to that point but it was that week that everyone collectively thought ‘we can do this’.”

Kearney will hand over the High Performance programme at the end of this year as Golf Ireland also takes over from the GUI and ILGU from January 2021. Leaving the programme with world-class processes in place, Kearney’s one hope is that the player-focused culture continues.

“The big thing for me would be to try not let process and procedures take over the individual.

“Billy Walsh, the world renowned boxing coach, said something brilliant to us when we started working with the IIS. He said; ‘being small is an advantage’, and that’s how we’ve worked. We have had good relationships with all of the parents, coaches and the players. My main hope is that we manage to keep that culture into the future.’

The ILGU Chair Clodagh Hopkins said: “We at the ILGU wish to express a huge debt of gratitude and thanks to David for making such a significant difference in the evolution of women’s High Performance golf in Ireland. We wish him the very best in his future endeavours.”