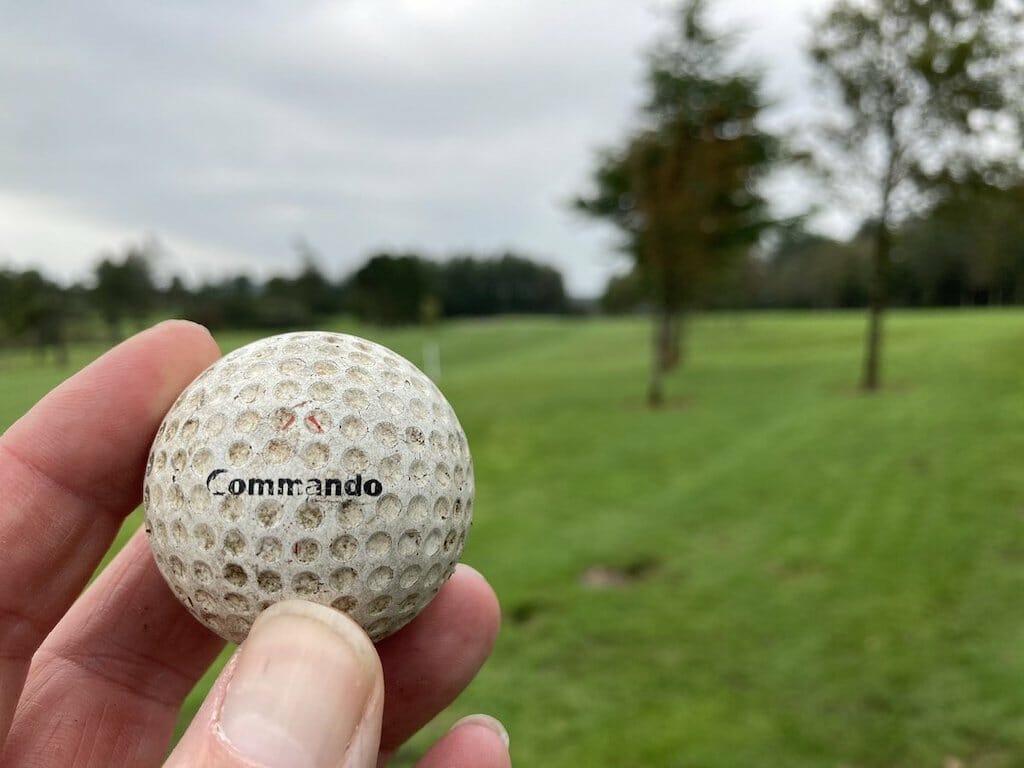 I was at Fermoy Golf Club last week and as I walked up the 17th fairway I spotted a ball lying off to the side, where some course maintenance had been taking place. The ball was old, a Commando that looked like it had been buried for about two decades.

I posted a pic on Twitter and asked if anyone knew when production of the Commando ball had ceased.

What a find!!!
The rough’s giving up a beauty today. @fermoygolf

Does anyone have any idea when they stopped producing the Commando? pic.twitter.com/BuL5v3TWoJ

I received a fair bunch of replies telling me that the Commando was still in production and was a very popular choice for golfers of the pitch-and-putt persuasion. Someone even replied with a photo of a yellow Commando they had found recently which bore the logo “Pitch and Putt Society of Ireland”.

Apologies if this is a rather laboured way of getting to my point. After my last column addressed the four Irish courses that were included in Golf.com’s Top 50 Best 9-Hole Courses in the World, it seems appropriate that pitch-and-putt gets its own column, too.

The 18 and 9 hole golf courses have seen a surge in membership in recent months, but so too have pitch-and-putt courses. An article in the Irish Examiner caught my eye on the matter.

I haven’t played pitch-and-putt in years. The last time would have been at Glencullen, next to Johnnie Fox’s, back in the 1990s, but I also played at Jamestown and Puck’s Castle… although these were both par three courses and not a pitch-and-putt by the strict definition. In pitch-and-putt you are allowed only two or three clubs, and hole lengths must be 70 metres or less.

Many of us learned to play golf and fall in love with the game by playing at pitch-and-putt courses. Some golfers have never been inclined to move onto the ‘big’ courses and it remains a competitive sport… which is only right when you consider Ireland is home to the pitch-and-putt game. It officially dates back to the 1940s and it was at its peak in the 1990s, when it had some 30,000 registered members.

Those numbers waned badly and were languishing around the 6,000 mark in 2019, but just as membership at the 9 and 18 hole courses has bloomed, so it has at pitch-and-putt courses.

Today, there are close to 100 affiliated clubs with 8,500 members spread across 18 counties. Membership during the Covid-19 crisis has doubled and even tripled at some clubs and – most importantly – many of those who are joining are entirely new to the game… and that is good for golf all round.

It is easy to look at pitch-and-putt clubs and dismiss them as too short and uninteresting but they are excellent training grounds in the art and control of the short pitch. But maybe not with a Commando: stick to the Pro V1, eh!