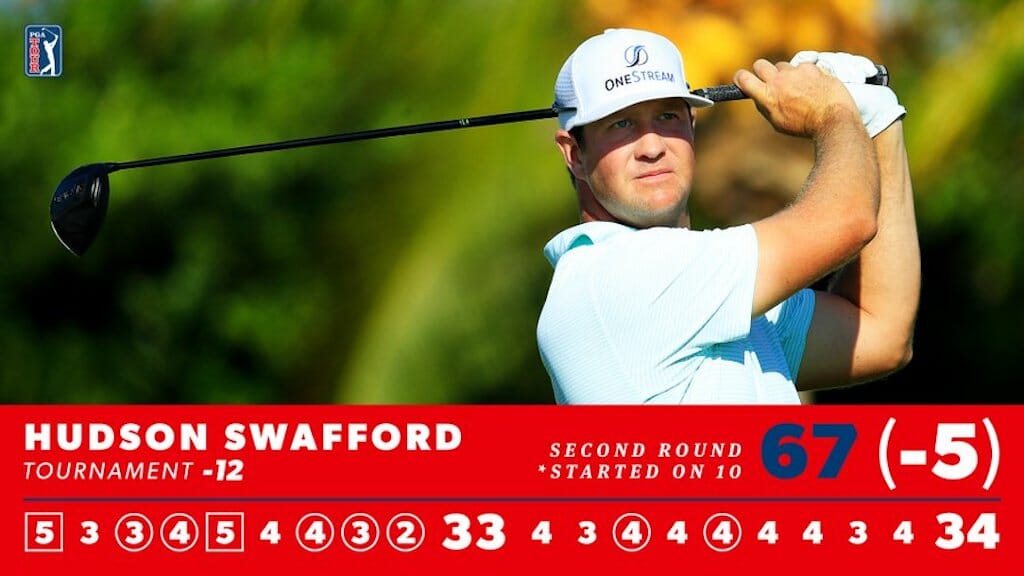 Graeme McDowell and Seamus Power find themselves with the weekend off as tournament leader Hudson Swafford was stung by a bee on day two of the Corales Puntacana Championship in the Dominican Republic.

The Irish duo went into the second round both on two-under par after day one 70s and again mirrored each other’s scoring with the pair posting 73s on Friday to miss the three-under par cut by two shots.

McDowell teed-up as defending champion and the Northern Irishman will be bitterly disappointed in choosing to compete on the Caribbean island than host this week’s Dubai Duty Free Irish Open.

GMac’s second round was a mix of three birdies, a bogey and a fifth hole triple bogey ‘7’ sandwiched between his birdies at five, six and eight.

McDowell will no doubt return to Florida before heading to Scotland for next week’s Aberdeen Standard Investments Scottish Open while he is also contesting the following week’s BMW PGA.

Swafford posted scores of 65 and 67 to move two shots clear of his rivals at 12-under par as the 33-year old Florida golfer seeks to capture a second PGA title after winning the 2017 CareerBuilder Challenge.

And Swafford revealed he was stung by a bee early in his second round that included six birdies in the continuing very humid conditions.

“The wind wasn’t really blowing though this morning but it was still very humid,” he said.

“Then I actually got stung by a bee right in the joint of my finger on the second hole. It kind of started swelling up and it was nice and warm, so it was kind of some chaos the first few holes.

“It was a little cooler, but the little breeze yesterday afternoon helped out, so it picked up later in the day, so that made it nice.”