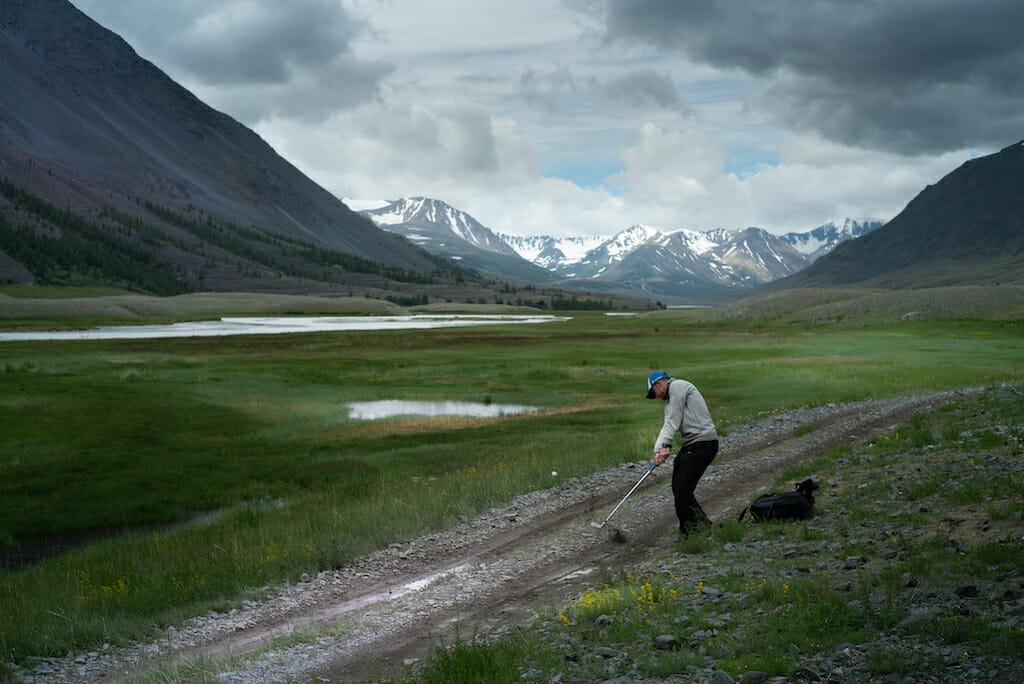 In an age where people obsess over the length of time it takes to play golf, and the world is restricted from travel due to Covid-19, what better way to rewire the mind than to feast your eyes on golf’s greatest adventure?

In 2017, Northern Irish golfer Adam Rolston and caddie Ron Rutland became literal journeymen sensations when they embarked on a world record attempt to play the longest hole of golf, a par-14,000 across Mongolia.

They may have under-estimated the difficulty of the challenge after playing the hole some 6,093-over par, but it was the journey and not the destination of that final putt that made for such an epic tale.

“It was a proper golf experience,” Rolston reflects, a member at Portstewart. “There’s obstacles in the way and you’re trying to get the ball as efficiently as possible from A to B, it’s just that the landscape was different.”

Exactly how different? Well, he found that out a few swift lost balls in.

“I realised within the first 10 shots that I wasn’t going to be able to just let rip,” Rolston says. “We were actually worried after that first week that we weren’t going to make it.

“We were in a race against time with visa restrictions and our progress was so slow, trying to steer our way through incredibly rugged terrain. We were wondering if what we’d set ourselves was even possible.” 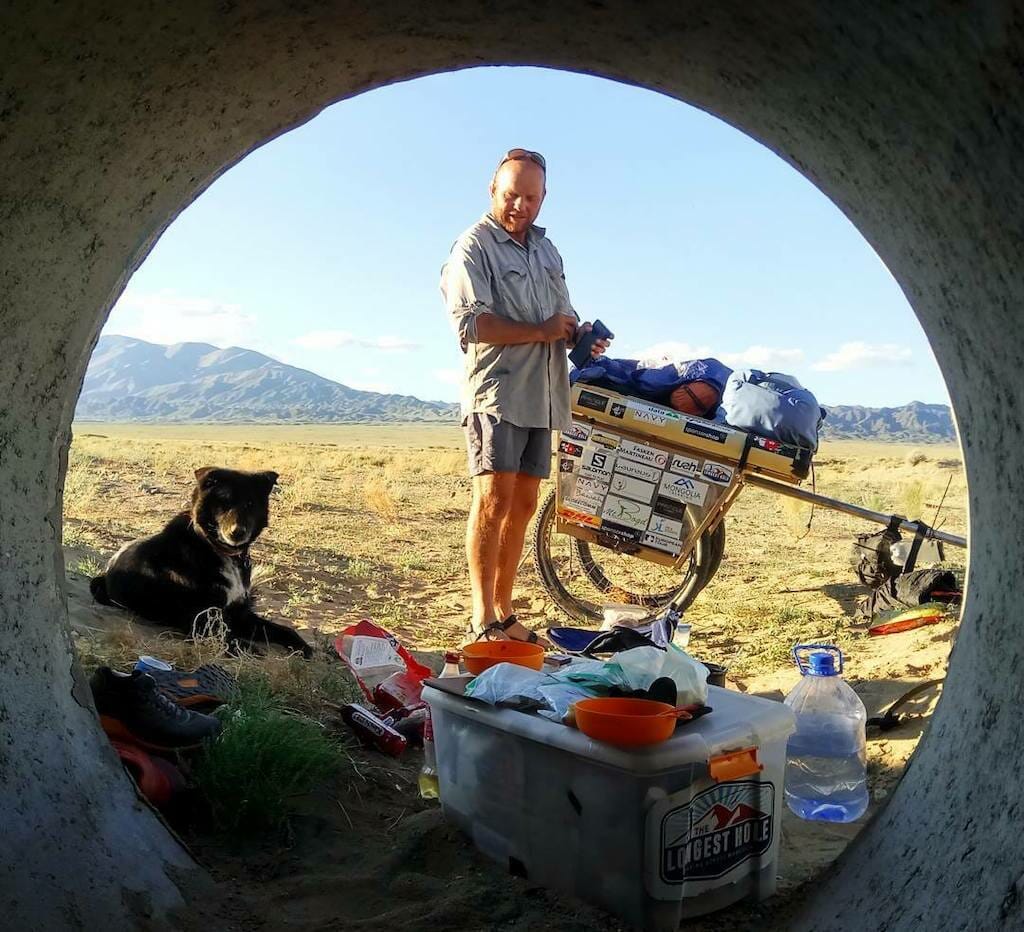 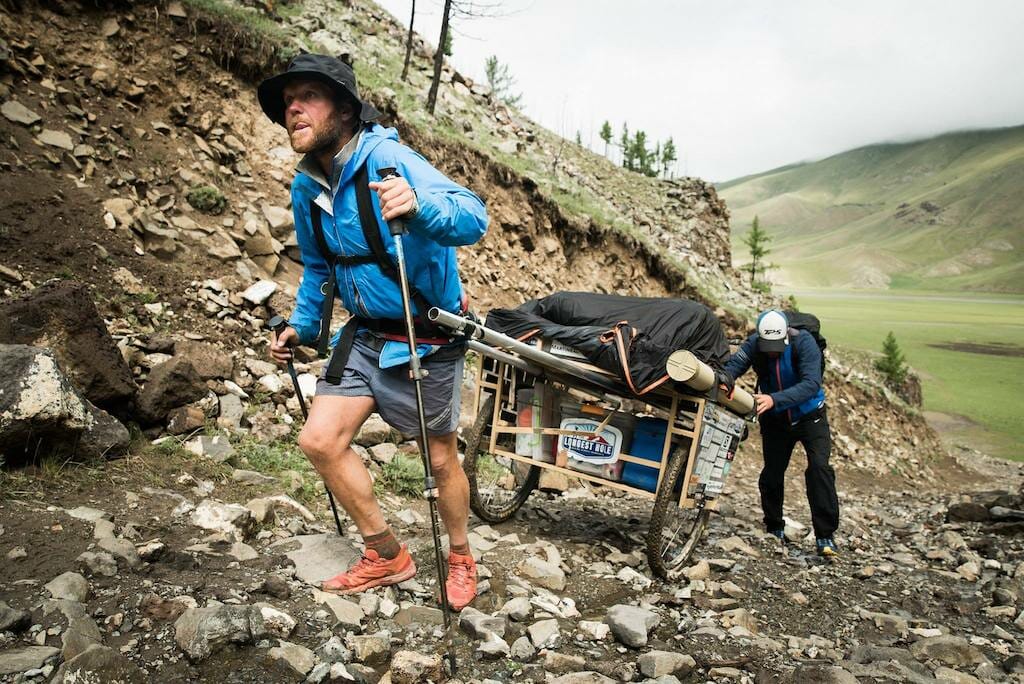 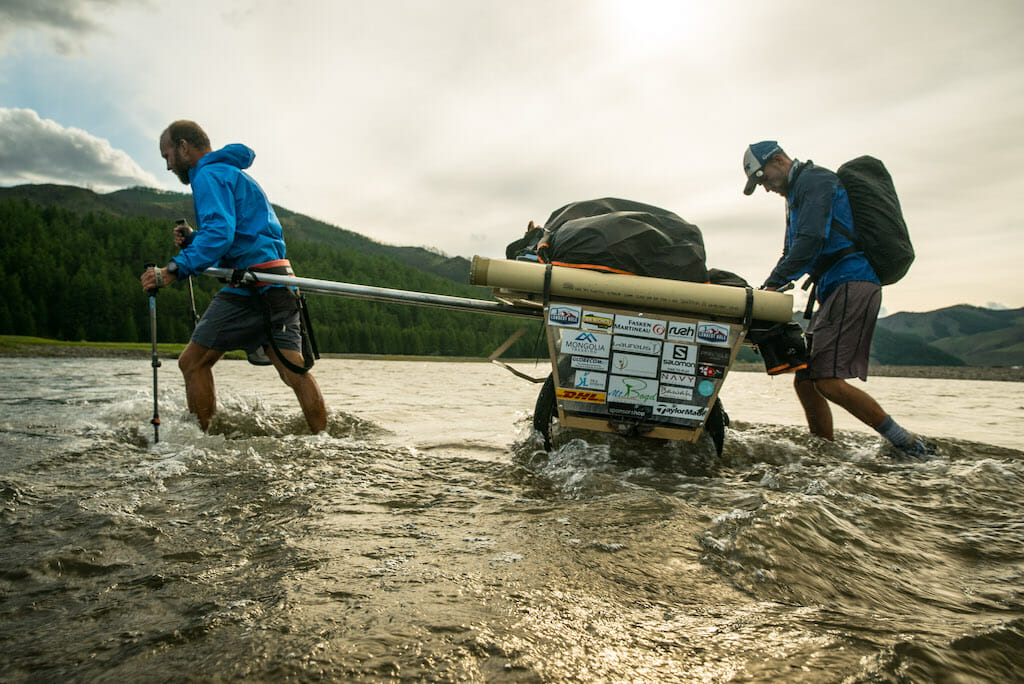 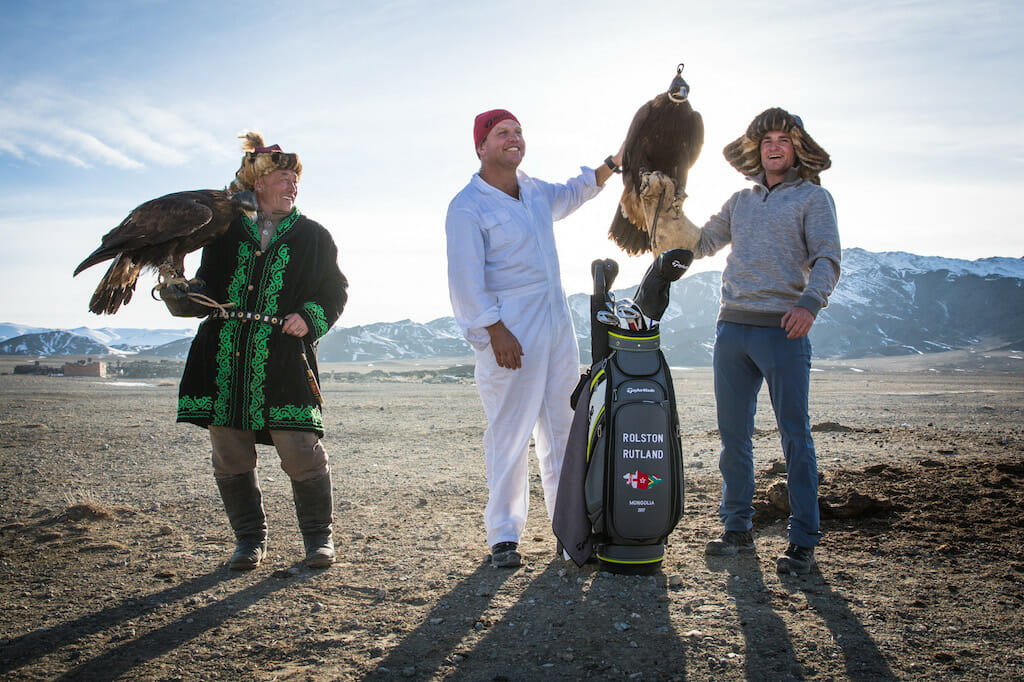 How about that for an eagle? By Andrew King

Playing every shot within the rules and spirit of the game, Rolston and Rutland set out from a makeshift tee-box in the most westerly point of Mongolia and golfed continuously across what looked like the last frontier of human existence before finishing up at the capital, Ulaanbaatar’s only traditional golf course some 80 days later.

To say the grooves of his TaylorMade irons took a beating would be the understatement of the year. Scarcely recognisable, the clubs remain in his safe-keeping today, unlike 135 balls lost along the way, much to the relief of caddie Rutland at the time who had to have his hip replaced shortly after the expedition.

But it was worth it. If ever a story illustrates golf’s ability to break down barriers, The Longest Hole is it, taking one of the world’s most exclusive and straight-laced pursuits, traditionally played on impossibly well-manicured turf, to the sprawling wilderness of a world so far removed from clubhouse culture that just the sight of a man swinging a golf club across barren lands sparked the locals’ imaginations.

And it’s in those moments that the film becomes much more than a story of two lads taking on golf’s Longest Hole, where the power of the sport is met by infectious smiles bitten by the golfing bug for the very first time. Even a stray dog gets in on the act, joining the expedition on day two before growing so attached to the ancient club and ball game that he never leaves its side.

“It’s something I really want people to see and I think it’s a ‘must watch film’ that every golfer should see,” Rolston adds. “I’ve been going to adventure film festivals with it and it’s been really well received but in terms of golfers watching it, I think only a handful have seen it.

“We were up at Portrush last year for The Open doing a bit with the film but Shane Lowry was the story that week, and rightfully so. The film costs about the same as a pint to watch it but we’re hoping, like a good pint, that it’s money well spent!”

75 hours of incredible footage has now been condensed into a 75 minute feature film, The Longest Hole.

It’s available on Amazon and Vimeo On Demand and it’s soon to be released on iTunes and Google Play as well.

And to get Irish eyes smiling, here’s a special discount code – LongestHoleIGM