Tour ‘bubble’ could tempt Harrington to play on after Galgorm 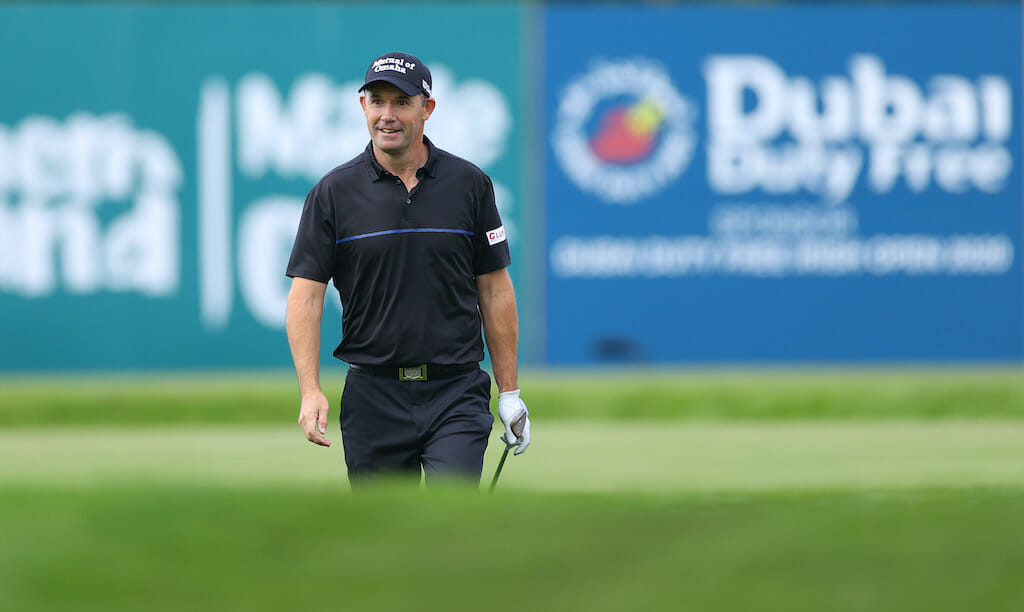 Padraig Harrington is so impressed with the European Tour ‘bubble’ that he’s considering extending his playing schedule beyond this week’s Irish Open.

The three-time Major winner makes his long-awaited return after a near six month absence from the fairways but it was expected to be a fleeting visit with Harrington on record as stating anything beyond this week was a burden too far amid Covid-19.

However, such has been the rigours of testing and distancing inside the European Tour ‘bubble’ since his arrival, Rolex Series dates at both the Scottish Open and the BMW PGA Championship are now very much on the agenda for Europe’s Ryder Cup Captain.

“I think they’ve done a tremendous job here,” said Harrington. “When you actually come up here and drive into ‘the bubble’, it’s much safer. The only other way I could be as safe – even maybe not – is staying in my own house.

“Everybody’s tested, you’re put at ease in the environment, the players have done a good job so although I would’ve been apprehensive coming up here, I’m at ease now.”

“I’m a lot more confident about maybe playing the next two weeks than I was,” said Harrington of his prospects of lining out at The Renaissance club and Wentworth over the next fortnight.

“It’s very good what’s been organised and done. Looking at the players, the attitudes around keeping distance and doing everything that’s right is there so I’m quite impressed by it all.

“I’ve entered both tournaments. I’ll probably have to make a decision tomorrow [Thursday] on the first one. I hadn’t intended to play either but now I can walk and I feel it’s pretty damn good what they’ve done here and hats off to the Tour for doing it.

“Clearly coming home and having to isolate away from your family for two weeks is a big burden after being in England. That would be the only reason not to go. But if I feel like I can play golf and the environment is good, I might just take that hit.

“Yeah, I’d have to stay away from everyone for two weeks. I’ve got kids in school so it’s not like I’m isolating with my family, I’m isolating away from them but I’ve been a long time away [from competition].”

As for his own playing ambitions this week at Galgorm, a venue he’s tackling for the first time in his career, it will be slowly does it over the first two days as Harrington looks to get a handle on the competitive juices that haven’t flowed for so long, coupled with a knee injury still in the midst of recovery.

“My goal is to try and keep it simple to start off with – keep myself in it – and hopefully, you know, as I progress and keep myself in contention, I hope I can get better as it goes on,” he said, adding that the wear and tear caused by his relentless pursuit of speed on the range could still be a factor this week:

“I’m injured – six months off and come back with an injury. I hit a lot of balls and pushed my body a bit too far. I’m not competitive, I’m not ready in that sense. You never would be in your first event, but I’m going to give it a shot. Go out there and play, no expectations, throw in a few more clichés and see what happens!”

Harrington gets underway at 1pm on Thursday alongside Justin Harding and John Catlin.