Kilpatrick at the double on Irish PGA circuit 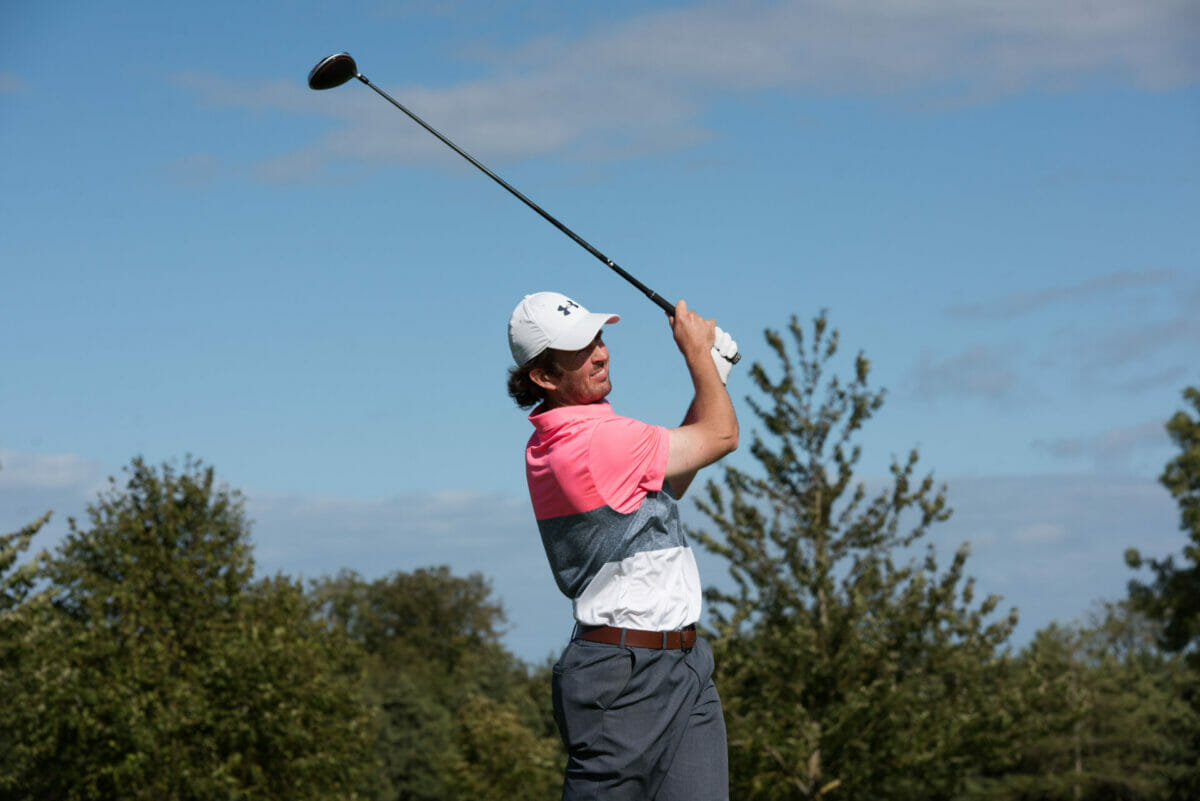 Richard Kilpatrick earned his second win on the bounce with victory at the Greystones Pro-Am on Sunday.

The Banbridge based professional posted a three-under-par round of 66 in blustery conditions to beat Neil O’Briain by a shot.

“I have been hitting the ball really, really well but until recently, I have been finding it tough to get the ball in the hole,” said Richard.

“At the Irish Championship I really struggled so I changed my putting routine a bit, back to an old way of doing things and I seem to be holing a few more putts. So we’ll stick with that for a week or so.”

Richard went into the event on the back of a confidence-boosting share of first place at Friday’s (Sept 13th) Conor O’Dwyer Charity Pro-Am.

He got off to a solid start at Greystones and reached the turn in two under par with birdies at the fourth and fifth.

He continued to make steady progress and reached four-under for the day with back-to-back birdies at the 13th and 14th. A dropped shot followed at the par-five 15th when he managed to three-putt, but he finished off the round with three pars to post the low round of the day.

“It was my first visit to Greystones and I found the front nine very tricky, especially with it being windy,” added Richard.

“It’s one of those courses that you really need to know where you are going. I don’t like taking on anything when I don’t know where it will end up so I tend to hit it where I can see it and take it from there. Thankfully, my amateur partners were also able to help me out a good bit as well.”

The next event on the schedule is the K Club Pro-Am on September 17th with Ryder Cup captain, Padraig Harrington, confirmed in the field.