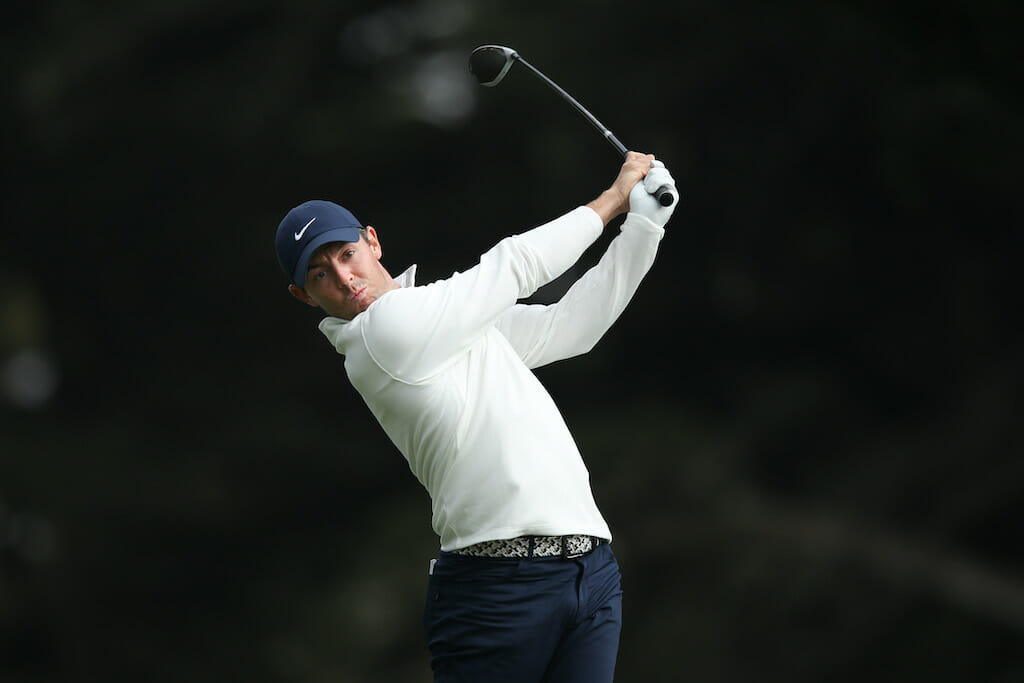 Rory McIlroy will tee-up in the Tour Championship in suburban Atlanta amazed he’s now a father but also admitting he’s ’emotionally drained’ after the birth on Monday of his daughter, Poppy Kennedy McIlroy.

McIlroy was uncertain in teeing-up in the defence of both his Tour Championship and FedEx Cup titles, suggesting last week in Chicago that if the baby arrived during 2019/20 PGA Tour season ender, he would be headed straight home to be by the side of his wife, Erica.

However, the arrival of the couple’s first child just after noon local Florida time on Monday has now allowed the four-time Major winner to compete in Friday’s starting event on the East Lake course just east of the Georgia capital.

“I mean, emotionally drained, right now,” he said on arrival at the course.

“Though it’s amazing. You see other people having babies and you’ll say congratulations and you’re happy for them, but you don’t really know how it feels.

“You feel like you get to know your baby while she’s still in her mother’s belly, but to go from not having met this person to having unconditional love for them from one minute to the next is just… there’s nothing like it in the world.

“We got her home yesterday (Wednesday) and are just trying to get her settled. It’s nice in the hospital. You’ve got so much help and all the nurses are around and they did a phenomenal job. And then you’re handed your child and they’re like, ‘See you later,’ and they don’t come with an instruction manual.

“There’s a lot of different things and there’s a lot of things that sort of run through your head, and the fact that all that went well and everyone is good and recovering at home, I feel more comfortable now that I can come out here and play golf and maybe get my mind off it for four or five hours a day, and that’s a nice thing.”

“Thankfully Erica has her mom and sister with her at the minute, so she’s got plenty of help and I feel a little better leaving and coming here to play this week.

“It’s been hard to think about golf the last few days just because I’ve been so focused on making sure that everything is OK at home. But maybe this is what I needed, just for everything to happen and go well.

“I haven’t played my best since coming back out since sort of post-Covid. But maybe things just will fall into place. It’s already been the best week of my life, and this would obviously just be the icing on the cake.”

It was during the third round of the BMW Championship that rumours were confirmed the McIlroy’s were expecting but it caught everyone, except for family and close friends, off guard that the birth was imminent.

Now it seems McIlroy can focus on his golf and this week strive to win for the first time in 2020.

McIlroy, who will tee-up at 6.30pm Irish time later today, is technically seven shots behind current World No. 1 and FedEx No. 1 Dustin Johnson

Johnson heads the 30-player event at 10-under par even before tee-off with World No. 2 Jon Rahm, brilliant winner last week over Johnson in Chicago, at eight-under while McIlroy is back in 12th place on three-under par meaning the Irishman has to make up seven shots to even draw level with Johnson as he seeks to retain the FedEx Cup title.

“Being in the No. 1 position right now before we start is obviously a little bit of an advantage as you get a two-shot lead,” said Johnson.

“I’m still going to have to go out and play some really good golf for four days if I want to be a FedExCup champion at the end.”

And Johnson, himself a father of two young boys aged five and three, had some timely advice for the PGA Tour’s newest dad on how to now balance family life while being a global golf star.

“Well, you know, for me it was really easy as before I had a family it was kind of — golf was most important, and then once you have a family, golf kind of — is definitely not the most important,” Johnson said.

“It’s your family. They’re by far the most important.

“It almost takes a little bit of stress or — I don’t really call it stress. I don’t know, it just puts things in perspective. Golf, yeah, I love golf and I enjoy it and it’s my job. Whether I played on Tour or not I’d still play the game of golf.

“But it’s one of those where once you have a family, just all your priorities change, but in a good way, in a very good way.”