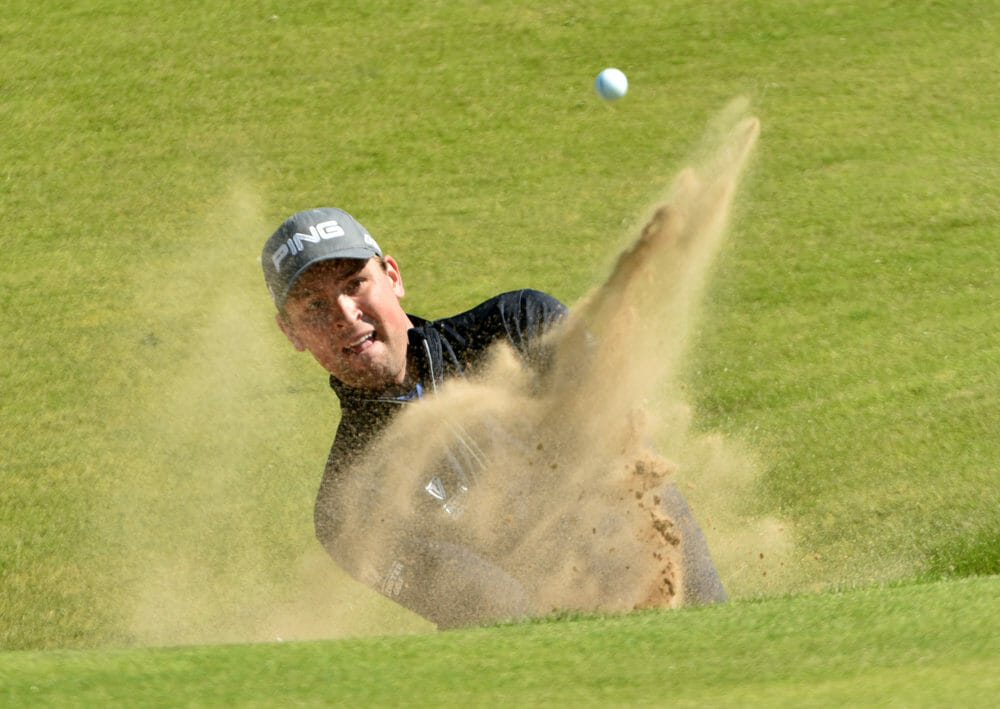 Jonathan Yates was unable to find the necessary forward gears on moving day at the Cervino Open where Peter Dallat fired a 66 to make the final day cut in Italy.

Naas pro Yates was looking to build on a 66 of his own on day one and although there was no shortage of birdies with four, a triple-bogey 7 on the 15th scuppered any momentum on the leaderboard.

In the end he posted an even par 68 and although that sees him safely through to the final day, at two-under par, he trails the leading pair by nine strokes heading into Friday.

Yates found himself outscored by compatriot Peter Dalalt who hit his stride to ensure he made the cut on the number at minus-one.

Dallat carded six birdies in-all but any hopes of a real low one were dashed with successive double-bogey 6’s on 5 and 6.

Meanwhile at the summit, when Jordi Garcia del Moral from Spain reached the 19th on Thursday after his morning round, he was still tournament leader at 125 (-11).
His nearest rivals were three shots behind but a certain Frenchman, Sebastien Gandon, had not had his final say and play. Gandon had started the day at -3 and his day began well:

“I had a fantastic day. My putting was really good, I started with three birdies in a row from the 3rd to the 7th, which got me into the game. Then I had a bit of a blimp on the 10th with a bogey but made eagle on the 13th sinking a 10-metre putt which put me at five under for the day.”

He then followed with two pars and three holes to go. But, as we all know in golf, the game isn’t over til it’s over:

“The last three holes were like a bonus; on the 16th I pitched the ball to within 2 metres of the pin and made birdie, the 17th an approach shot for birdie, and on the 18th a four-metre downhill putt for birdie. Magic putting.”