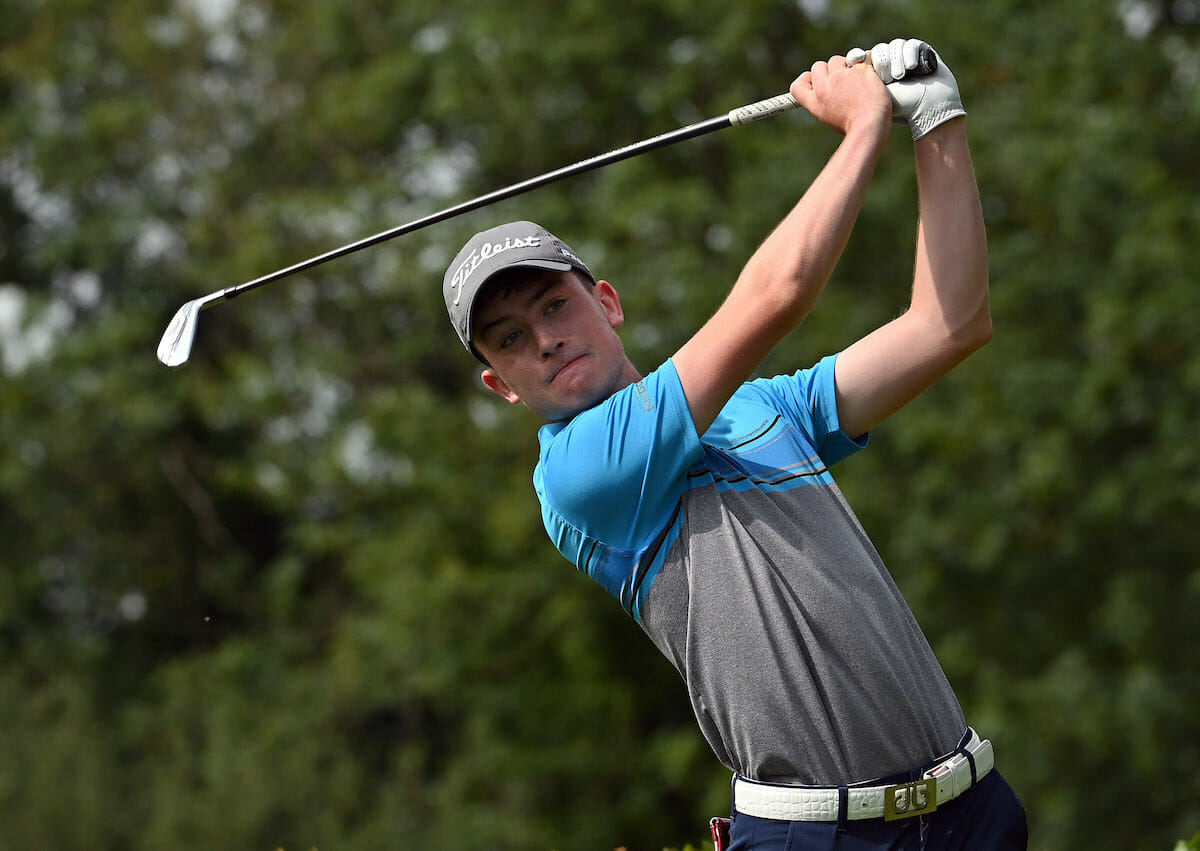 Dylan Keating added his name to another trophy by taking out the Connacht Boys U-18 Championship at Loughrea Golf Club on Thursday.

The Seapoint star, who prevailed last month when firing a five-under par 66 on his way to the Ulster Boys title, travelled West with confidence brimming and although heavy rain meant Wednesday’s play was cancelled, Keating came up trumps with an even par effort of 71 in the reduced 18-hole tournament to claim a one stroke win.

Another win for @dylankeating21 today ??. This time it’s the Connacht Under-18 Boys Open @LoughreaGolf with a 71 (Ev). The event was reduced to 18 holes after yesterday’s play was washed out.
Full Results: https://t.co/fdVbT9GHFo pic.twitter.com/fZRA6olOiO

The Dubliner was actually three-over par through 14 holes until three birdies on the spin from 15 and a par at the last saw him pip five players tied in second place.