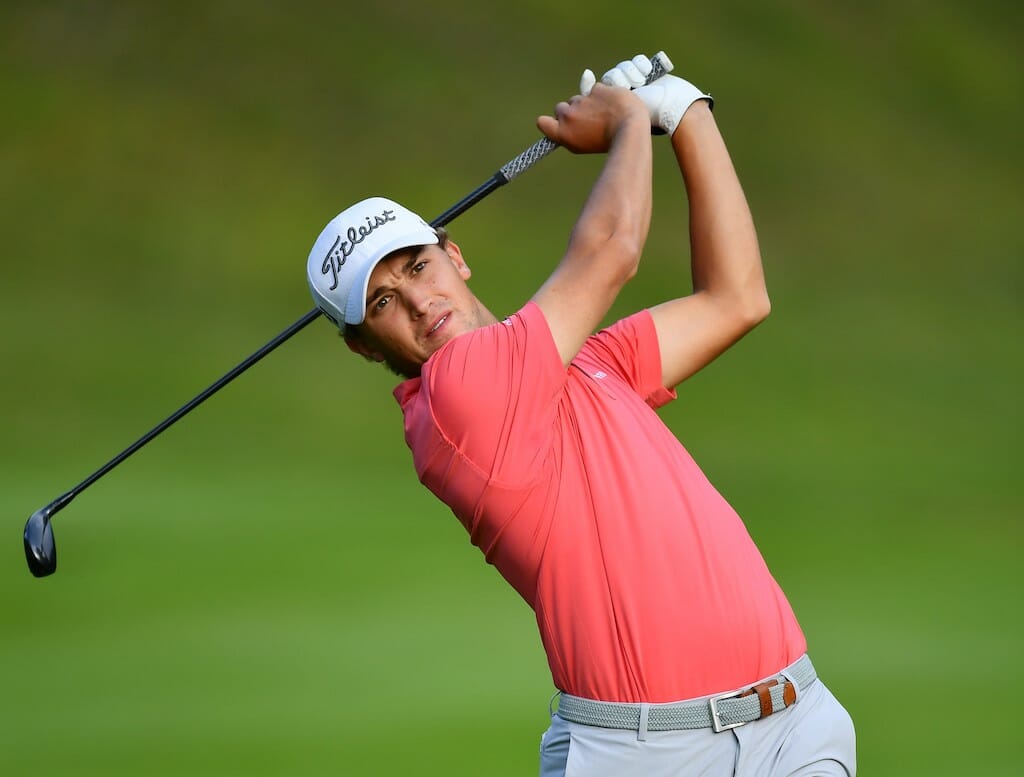 Todd Clements feels free from pressure and hopes this week’s Northern Ireland Open Supported by The R&A will be the beginning of a period of progression for the Englishman.

The 24-year-old tees it up at Galgorm Castle Golf Club this week having finished in third place at the venue in last year’s ISPS Handa World Invitational, a result which was the catalyst for a strong end to the campaign.

Clements has been keeping sharp by playing on mini tours in the United Kingdom over the last few months but is now relishing a return to European Challenge Tour action.

“I’ve been playing all the mini tour stuff really, as much as possible,” he said. “It’s been quite nice really because you’re playing against all the Tour players. I’ve been doing a lot fitness too. It’s been a good time to do a lot of fitness because you can prioritise it and it’s not going to have any detriment to your game.

“I feel like I can be reasonably competitive. I’ve obviously not got as many rounds under my belt as I’d like, in my opinion. I’m going to take it as it comes and I’m going in with no expectations really. How can you be tough on yourself when the last time you really competed was in Austria in July?

“It’s six or seven weeks since I last played in a four-round tournament so I’m just looking forward to getting back out. I’ll try to enjoy it and relish the opportunity again.”

Clements recorded his two best Challenge Tour finishes on the island of Ireland in 2019 – third place at Galgorm Castle and in the Stone Irish Challenge at Headfort Golf Club – and is looking forward to teeing it up on the Emerald Isle again this week.

“I’m looking forward to getting back at it here at Galgorm,” he said. “It’s a good course and I’ve got good memories here. I played well and that changed my year massively.

“Keeping your category next year is a big point because there’s no pressure. I’ve got a few things that I’d like to work on in my game so I’m going to pinpoint those and see if they improve. If I can then go into next year with more events and the consistency of playing, then I’ll be able to see the progress.”

This week’s event is supported by The R&A COVID-19 Support Fund, a £7million package to help golf deal with the impact of the global pandemic. The R&A’s Fund is providing an additional £300,000 in support of the Challenge Tour in 2020 on top of its existing annual grant.

The action got underway this morning with JR Galbraith, Laurie Owen and Michael Rush making up the first group at 7.30am.