A letter of congratulations to the friend I never had, Rory McIlroy 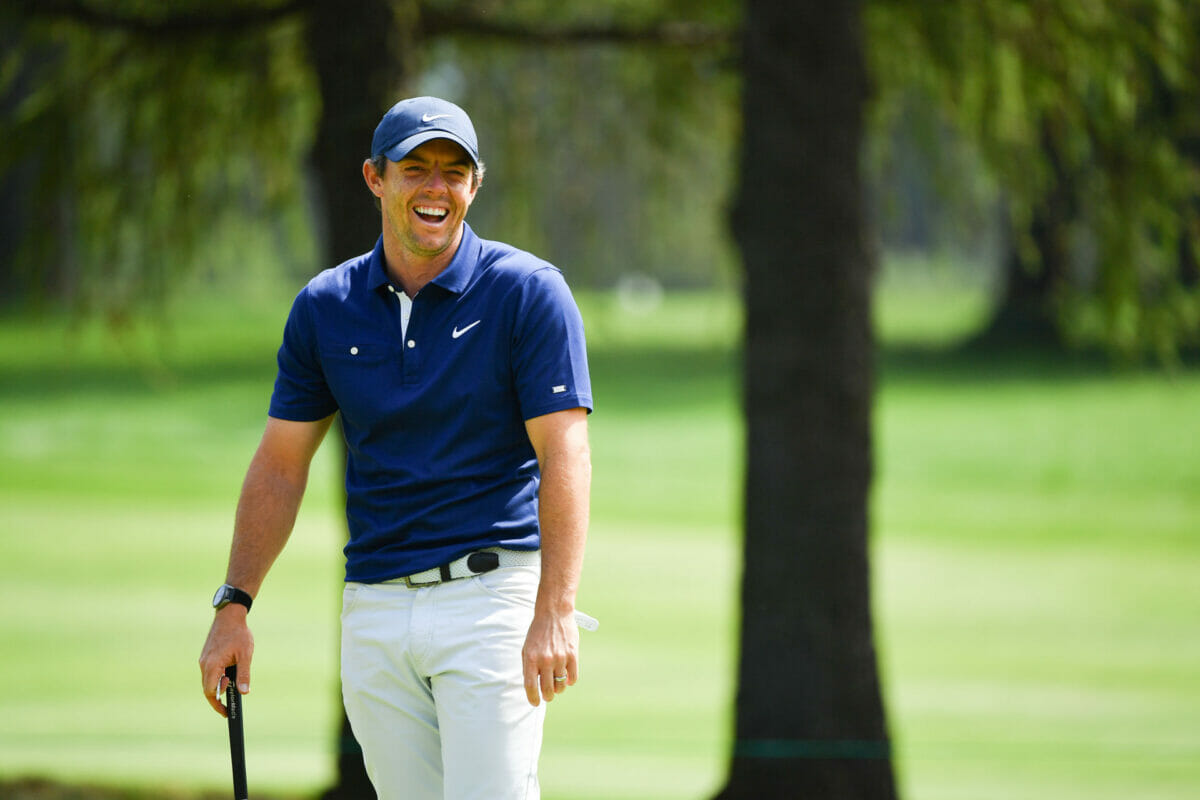 No reply to my last few letters but no harm done, they’re as much for me as they are for you.

But in all seriousness, what a bombshell you landed on us media folk over the weekend at the BMW. We’ve been like Pirhanas in a tank all year long feeding off the scraps you gave us – the odd book recommendation or a tale from the saddle of that fake bicycle you pedal on really fast without going anywhere – and all the while this was brewing. Well, can I just say, it explains a lot, Rory.

I mean, I know you. I was never buying the whole ‘I can’t concentrate with no crowds’ excuse. When the group after me rocks up to witness my opening tee shot, I crumble, so I can only assume it’s easier without all the eyeballs on you, too.

But I don’t put your form 100% down to impending fatherhood either. The way I see it, you’re suffering the same post lockdown blues that every other regular Joe has experienced since going back to work in recent weeks. Locked away in your Florida mansion, all that time to yourself without the prying paws of corporates and sponsors wanting a piece at every turn. I get it, Rory. I’ve been able to work from home too – how good is it not having to commute?

This whole pandemic thing has flipped the playbook for folks like us. We aren’t going to waltz back into our old 9-5s if we can help it, and I could read the reluctance across your face with every duffed chip and missed putt of late, the same expression of disinterest I’ve caught myself wearing in the mirror whilst brushing my teeth before a morning Zoom meeting, shirt on, pants missing.

I’ve enjoyed watching the number crunchers trying to read into your form like it’s a technical issue at play, comparing stats from one season to the next. As if this year can be gauged against any other! You’ve been no more interested than the man on the moon. And you know why, don’t you?

It’s because behind all the fame and the fortune, you’re just a normal guy, like me, rolling your ankle in a game of astro with your mates, thus missing out on the chance to defend The Open Championship at the Home of Golf. OK, that last bit was just you, but you get me, right?

Golf people – you know- golf obsessives – they won’t accept your normality. The way they see it, with your talent and your fortune, you owe them 100% effort, 100% of the time. Your gift is the envy of every golfer on the planet, and therefore it is also your burden. But you don’t have that Tiger mentality, Rory, that one track minded obsession with success, indoctrinated into your psyche like a killer.

Analysts predicted you were the heir apparent when you signed that Nike deal but not me, Rory. I knew from day one, ever since I watched you chip balls into that washing machine, that you were different. Woods wouldn’t know a washing machine if it hit him in the face, never mind use one as a training aid.

Speaking of washing machines, I hear babies make an awful mess, but apparently they also gift you with life’s hidden wonders, trickles of euphoria that will touch you in ways no winning putt ever could. All this talk of change the caddie, fix the swing, burn the self-help books. It might all be redundant if Daddy McIlroy gains further perspective about the wonders of life outside the confines of the tour bubble.

What was important yesterday might pale into insignificance tomorrow. Suddenly a career Grand Slam might not seem so grand after all, and perhaps, without the azaleas in full bloom come November, and without that weight of expectation falling on your head, you might just find yourself in the Butler Cabin with The GOAT, Woods himself, draping a green jacket over your shoulders and with it, golfing immortality, just like the prophecies prematurely foretold.