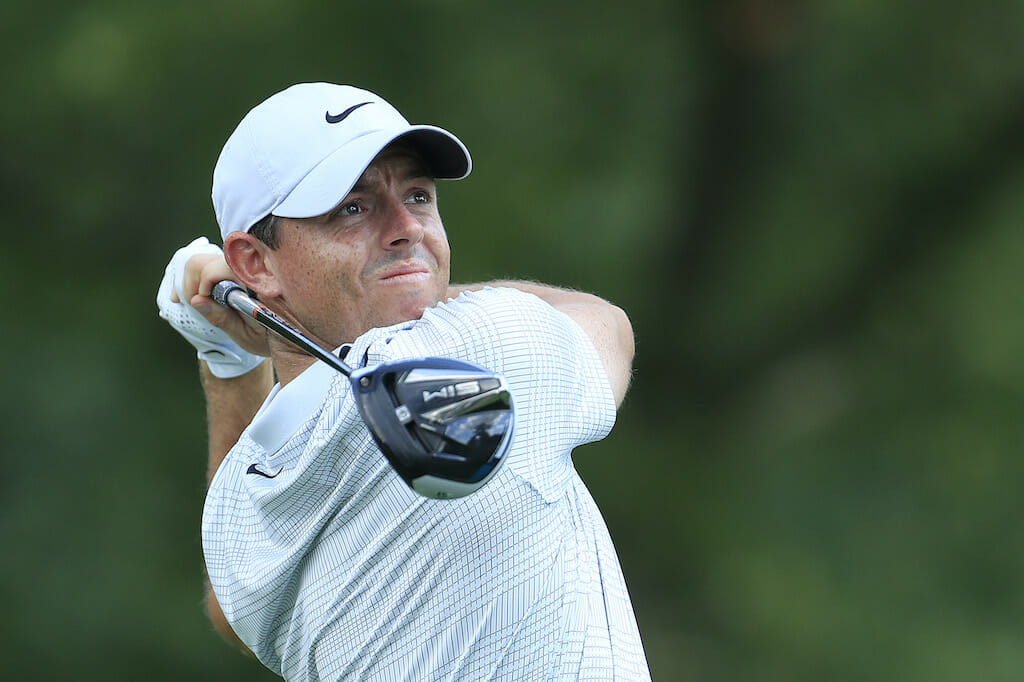 Rory McIlroy was pleased with his opening efforts after carding an even par round of 70 on a tough opening day at the BMW Championship at Olympia fields.

The Holywood star admitted that it felt more like Saturday at the US Open rather than day one of a PGA Tour event and that showed in the scoring with only three players breaking par – Japan’s Hideki Matsuyama the best of them at minus-three.

It was a case of one step forward and one back for much of McIlroy’s round as he continues to struggle to find his best stuff since the Tour restart. However, with two Majors on the horizon in the coming weeks, he could take encouragement from his grinding display where he traded four birdies with four bogeys to share fourth at even par.

“Yeah, it was good. It was a grind, obviously,” McIlroy reflected. “I think everyone found it a grind out there. Yeah, you know, I wasn’t expecting it to be as difficult as it was. The greens were firming up yesterday in the practice round, but that felt like Saturday at the U.S. Open out there rather than Thursday at a PGA Tour event.

“Yeah, happy to get in at even par. I said last week after the tournament, if you need someone to shoot between like even par and 2-under, I’m your man, so I’m loving these conditions!

“It’s sort of weird; the way my game feels at the minute, it’s just as easy for me to shoot even par here as it was last week in Boston, for whatever reason that is.”

Currently 12th in the FedEx Cup standings, McIlroy will hope to edge closer to Dustin Johnson atop the standings before the Tour Championship at East Lake and he’s praised the set-up at Olympia Fields as one that could allow him to do just that.

“I think the two best setups this year have been the Memorial and here by far,” he added.

“They’ve been the two best setups of the entire year. You could maybe throw Harding Park in there, as well. But this is proper golf. This is you’ve really got to think about stuff, you’ve got to land it on your numbers, you’ve got to put it in play. Those sort of five-, six-footers for pars to sort of keep the momentum going is huge. It’s nice to play a round of golf like that again.”

“I think the harder it is the more you have to focus. That’s probably a part of it. My concentration today was much better because it needed to be. I was happy with how I played out there.”

Tiger Woods dropped three shots in his closing three holes to sign for a 73, six back of Matsuyama and currently four back of the projected top-40 result he’ll need to advance to the final 30 at East Lake next week to contest the FedEx Cup.

“The course is in perfect shape. Not the way I wanted to finish, but the golf course is playing difficult for sure,” Woods said in a short post-round interview.