“It’s not about the score today,” says proud history-maker Lawlor 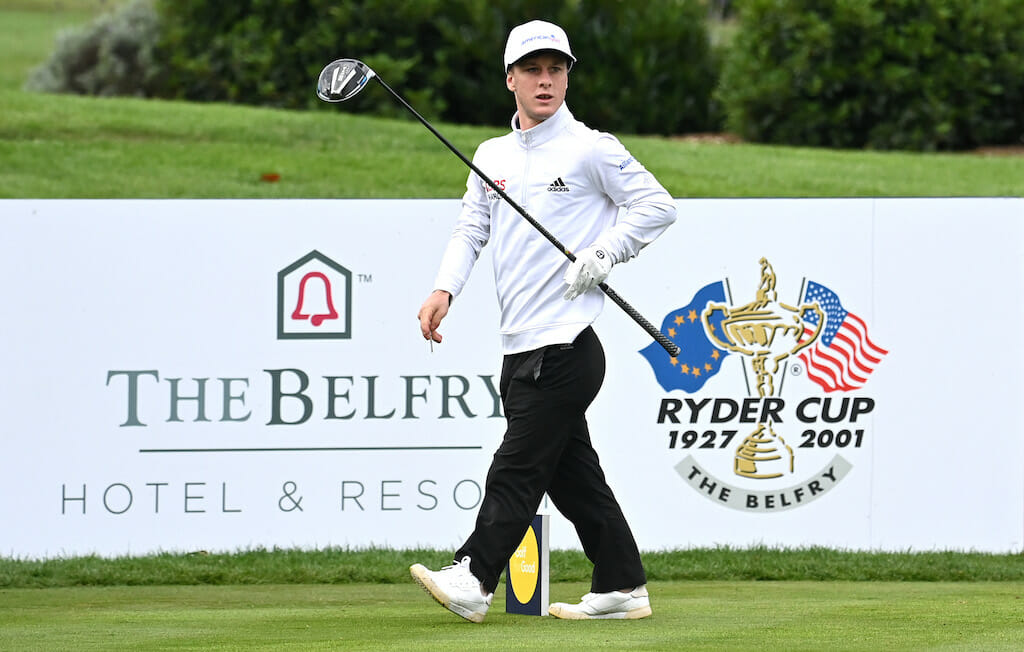 It may not have been the start he’s come to expect from himself but Brendan Lawlor’s European Tour debut was about so much more than scorecards and leaderboards.

Ranked in the top-4 on the world’s disability golf rankings, Lawlor has been driving inclusivity in the sport through the power of his swing ever since his golfing journey began in the realm of Pitch & Putt, honing his short game skills around the local track at Channonrock.

Although the Dundalk man signed for a 12-over par round of 84 on day one of the ISPS Handa UK Championship at The Belfry, the score paled in comparison to the attention his maiden appearance on Tour has brought to the European Disabled Golf Association in recent weeks, with Brendan becoming the first golfer with a disability to compete on the European Tour.

“It felt amazing, the company of Richard (McEvoy) and Jeff (Winther) was fantastic,” Lawlor reflected, who was level par and cruising through five holes until a triple bogey cost him all momentum on the sixth.

“I got off to a flier, I was one under after three, and I really enjoyed today. I didn’t shoot the best score but it’s not about the score today. The coverage over the last few days, people texting and on Instagram, looking at EDGA (European Disabled Golf Association). That’s the reason why I’m here this week. It’s really incredible.”

The new Carton House honorary member, who has played golf his whole life with Ellis-Van Creveld Syndrome, a bone growth disorder that leads to shorter limbs, was greeted by familiarly sodden conditions around The Belfry on Thursday but neither score nor weather could dampen the spirits of the inspirational pro.

“I really enjoyed myself. We had the last nine holes with a bit of rain, but I’m used to it,” he said.

“Coming from Ireland I play in this all the time. It’s a week to change my life and other  people’s lives, so just go out and enjoy it and that’s what I did. I didn’t have any expectations of scores. I’m just so grateful to be competing on the same stage as these guys and getting opportunities like this.”

“I was jumping up and down all over the place,” he explains. “When I got the call I was in Lahinch with a few friends and got it when we were having dinner. Mark said an invite had been extended for the ISPS Handa UK Championship. It was just incredible. What ISPS Handa represent, they have asked me to be an ambassador this year as well. It’s a great role for me and I’m enjoying it.”

Despite ripping one down the first, Lawlor admits to feeling the pinch before tee-off.

“The nerves… I’m still a bit shaky,” he said. “No, the nerves were fine, just the usual first tee nerves. I hit a good one down the middle on the first and sort of relaxed then. I really enjoyed myself today.”

Here’s to many more.