How the shamrock outgrew the thistle 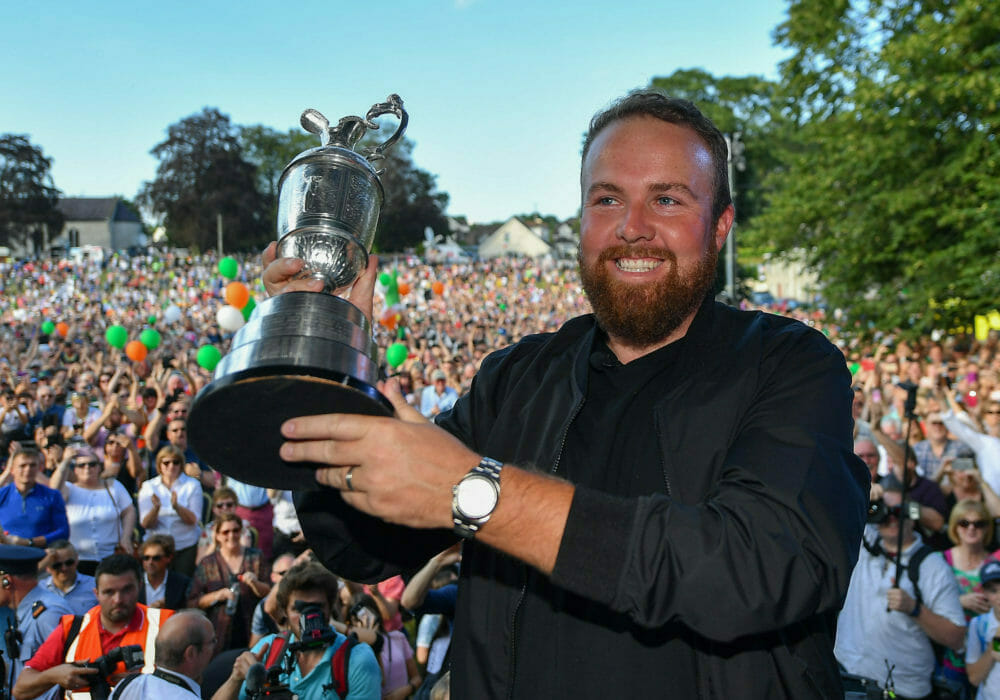 Just 12 miles separates Torr Head in Antrim and the Mull of Kintyre in southern Scotland, and we are close to our nearest neighbour in more ways than one.

We have a shared love of “the craic,” of whiskey (or whisky), and of beating the English in any kind of sporting endeavour, not to mention similarly stunning scenic attractions, commonly based native tongues, a dry and dark sense of humour, and in many cases, ancestral backgrounds that criss-cross more times than we care to count.

And then there’s the golf.

The game as we know it originated in Scotland and the geological similarities between the Irish and Scottish coasts meant that it wasn’t long before golf clubs began springing up all over Ireland as well.

According to the most recent R&A Golf Around the World report, Ireland and Scotland have similar numbers when it comes to golfing facilities (courses, driving ranges etc.) and registered players – Scotland has the edge in the former by 540 to 457 but Ireland’s 182,000 registered players is approximately 2,000 more than Scotland.

The game is also equally accessible in both countries. While in most countries golf may be the preserve of the wealthy, princes and paupers alike can be found roaming the Irish and Scottish fairways.

But maybe that’s where the similarities end.

If you regularly scan through leaderboards, you may be surprised to see the number of Scots who compete week in and week out on the European Tour. A few weeks back, for example, nine Scottish players teed it up at Hanbury Manor for the English Championship, and the week prior, saw 10 in the field for the English Open. In contrast, Ireland had four and five respectively, and a ratio of at least 2:1 is common at most European Tour stops.

In fact, of the top 100 in the Race to Dubai rankings last season, the seven Scots heavily outnumbered the two Irish, but significantly, both Irish players finished well ahead of the seven Scots.

Just one Scottish golfer teed it up at the recent US PGA Championship, and not because of players opting out of their exemption. In contrast, three Irish players were there, and Padraig Harrington elected to forego his invitation.

Other European countries with comparable level of golf facilities like Spain (418 courses) had four participants and Sweden (485 courses) had three, though it must be said that both countries have higher numbers of registered players.

But all of this begs the question: what has happened to Scottish golf? Why is Scotland producing so many mid-tier professionals and not many elite pros? Don’t get me wrong, you have to be an incredible player to make it to the European Tour, but that’s by your standards and mine. To be incredible among the one-percenters is a different task altogether.

Because their westerly neighbours have a different problem. In the past 15 years, Ireland has produced five major champions. Five! Being somewhat spoiled by the recent success, you can sometimes lose sight of exactly how incredible those numbers are. It is worth remembering that Ireland is not even in the top-5 in Europe in terms of facilities or registered players, but is punching way above its weight on the global stage.

In contrast, no Scottish player has won a major since Paul Lawrie beat Jean van de Velde in a playoff at Carnoustie in 1999 and none have even come close since Colin Montgomerie blew a lead on his final hole at Winged Foot in 2006.

That links golf only accounts for a fraction of the global action may seem like a plausible excuse until one factors that more than three-quarters of Scotland’s golf courses are parkland and that Ireland’s major winners come from a mix of links and parkland backgrounds, and countless players without a links background have lifted the Claret Jug.

But it’s not just about majors, of course. Russell Knox’s victory at the 2018 Irish Open is the last time that a Scottish golfer has won one of the more respected events on the European Tour, and you have to go back to 2015’s Trophee Hassan II and Richie Ramsay for the previous.

Robert McIntyre is the highest ranked Scot in the world rankings at 86, and the only one in the top 150. For a nation that’s produced two-time major winner Sandy Lyle, 21-time European Tour winner Sam Torrance, major winner Paul Lawrie, and the greatest player never to win a major, Colin Montgomerie – and that’s only taking recent history into consideration – it really isn’t good enough.

What’s more, just three Scots – Montgomerie, Lawrie and Stephen Gallacher – have been selected for a Ryder Cup side this century – a far cry from the final Ryder Cup of the previous century where three Scots played their way onto Team Europe for the 1999 event at Brookline.

Perhaps the biggest concern for Scottish golf is that nobody seems to have any idea what’s wrong with Scottish golf. They have the courses – the tens of thousands who flock there every year from all over the world is evidence of that – and they have the tradition, but they just don’t have the players.

For wit and humour, the Irish and the Scots just might be tied, the same goes for our love of beating the English. I’d give our whiskey the nod but international sales beg to differ, and since I’ve never been to the Scottish Highlands, I can’t comment on the scenery. But when it comes to golf, the picture has never been clearer.

Tradition and history will only get you so far. If Scottish golfers are to thrive on the world scene once more, then something has to drastically change.