Dundalk’s Lawlor primed for European Tour debut at The Belfry 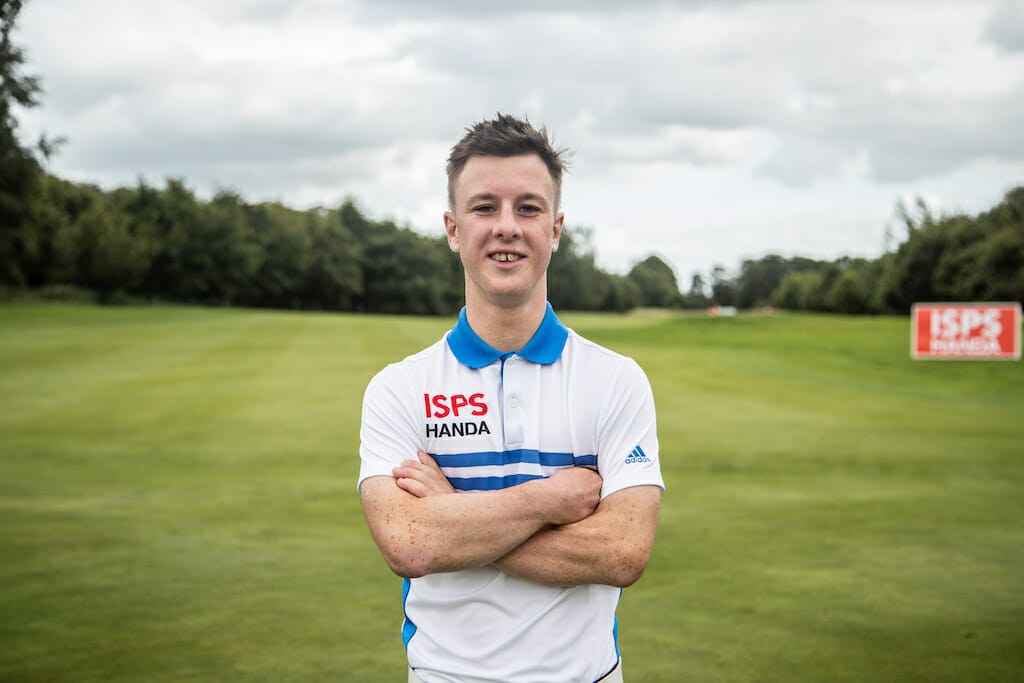 Brendan Lawlor will make his European Tour debut when he tees it up in the inaugural ISPS HANDA UK Championship – the final event of the UK Swing – at The Belfry from August 27-30.

The Dundalk man, who is currently ranked fourth in the World Rankings for Golfers with Disability (WR4GD), has a rare condition called Ellis-van Creveld syndrome, a disability characterised by a shorter stature and shorter limbs.

The 22-year-old turned professional in September last year having made a huge impact globally on the disabled golfers’ circuit, including winning the 36-hole EDGA Scottish Open in 2019, which was played over the same course as the professionals at the Renaissance Club, concurrently with the Aberdeen Standard Investments Scottish Open.

He also competed in the ISPS HANDA Disabled Golf Cup, played alongside the 2019 Presidents Cup in Melbourne, where twelve of the world’s leading golfers with a disability, played the same course and conditions as the pros.

Lawlor has since received a tournament invite on behalf of his sponsor and tournament title partner, ISPS HANDA, as they continue to collaborate with the European Tour in raising the profile of golf as an accessible sport for all through their long-term support of global golf initiatives.

“I am really looking forward to making my European Tour debut at the ISPS HANDA UK Championship and competing alongside some of the best players in the world,” said Lawlor., who recently announced honorary membership at Carton House.

Dr Haruhisa Handa, Founder and Chairman of ISPS Handa, said: “We are delighted to play a part in Brendan Lawlor’s debut on the European Tour when he competes in the inaugural ISPS HANDA UK Championship.

“The vision ISPS Handa shares with the European Tour for inclusivity is represented through our incredibly talented ambassador in Brendan Lawlor. We are excited for the inspiration he will bring to many households across the world through the UK Swing’s ‘Golf for Good initiative’. My sincere thanks to the European Tour for their support in making this possible”.