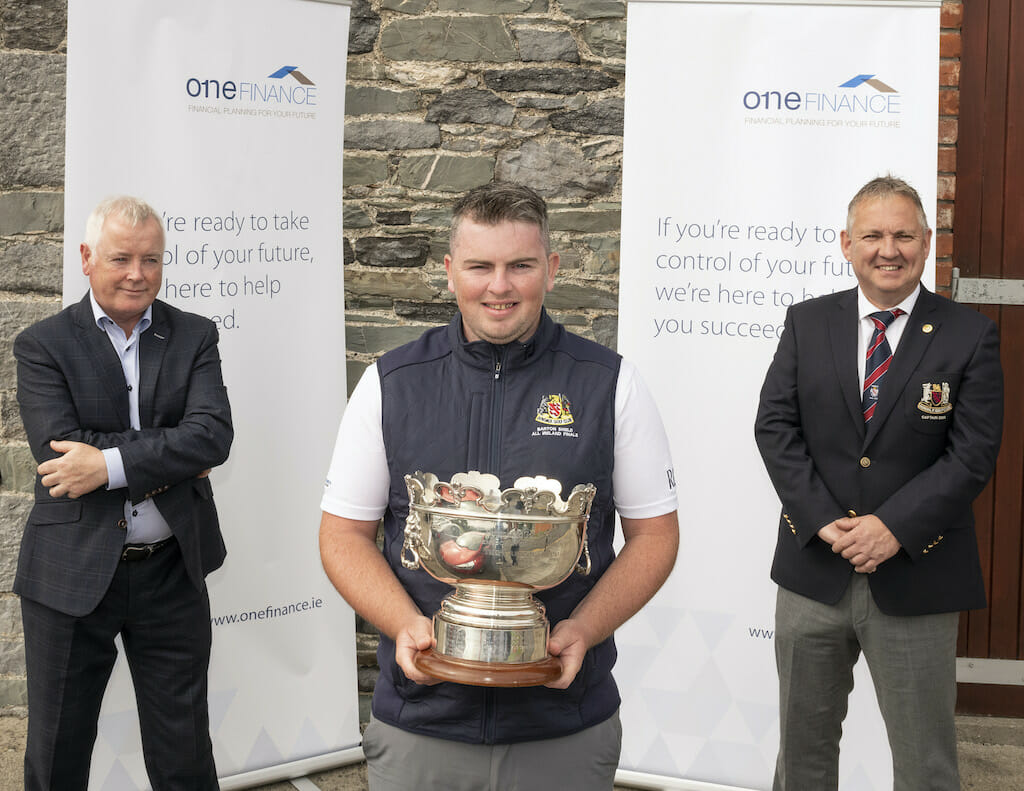 Many of the top amateur players in Ireland will be heading to Dundalk on Sunday, September 13, determined to stop local hero Caolan Rafferty from winning his third successive One Finance sponsored Dundalk Scratch Cup.

Entries will open on Thursday, August 27, for the tournament which is one of the longest running and most prestigious Senior Scratch Cups in the country with a roll of honour that includes three times Major winner Padraig Harrington.

The entry fee is €50 which includes soup and sandwiches after round one and a post tournament meal. The prize-fund is €2,500 with €250 for a course record and €150 for a hole in one. Entries will close on Wednesday, September 9.

Round One of the 36-hole tournament will tee off between 8am and 9.40am from the first and 10th tees with Round Two commencing at 1pm. Because of government restrictions, no spectators will be permitted at the event with only the players and those involved in running the tournament allowed on the course.

Rafferty, who is currently ranked No.1 on the European Amateur Golf Rankings, is bidding for his fourth title in five years with Warrenpoint’s Irish international Colm Campbell the only player to have broken Rafferty’s dominance when he won in 2017.

Dundalk Golf Club Captain, Trevor Giff, said: “It has been a tough year for all our elite players because the COVID-19 pandemic has greatly affected their schedules, However, we know that many of them would have pencilled Dundalk in September into their diaries at the beginning of the year and we look forward to welcoming them to our course.”

Martin McDonnell, Managing Director of sponsors One Finance, said: “One Finance are delighted to be once again sponsoring the Dundalk Scratch Cup. It is a competition that has always attracted the top amateur golfers and it has certainly brought out the best in Caolan Rafferty over the last five years. He will be bidding for history this year which is going to make the event even more special than it usually is.”