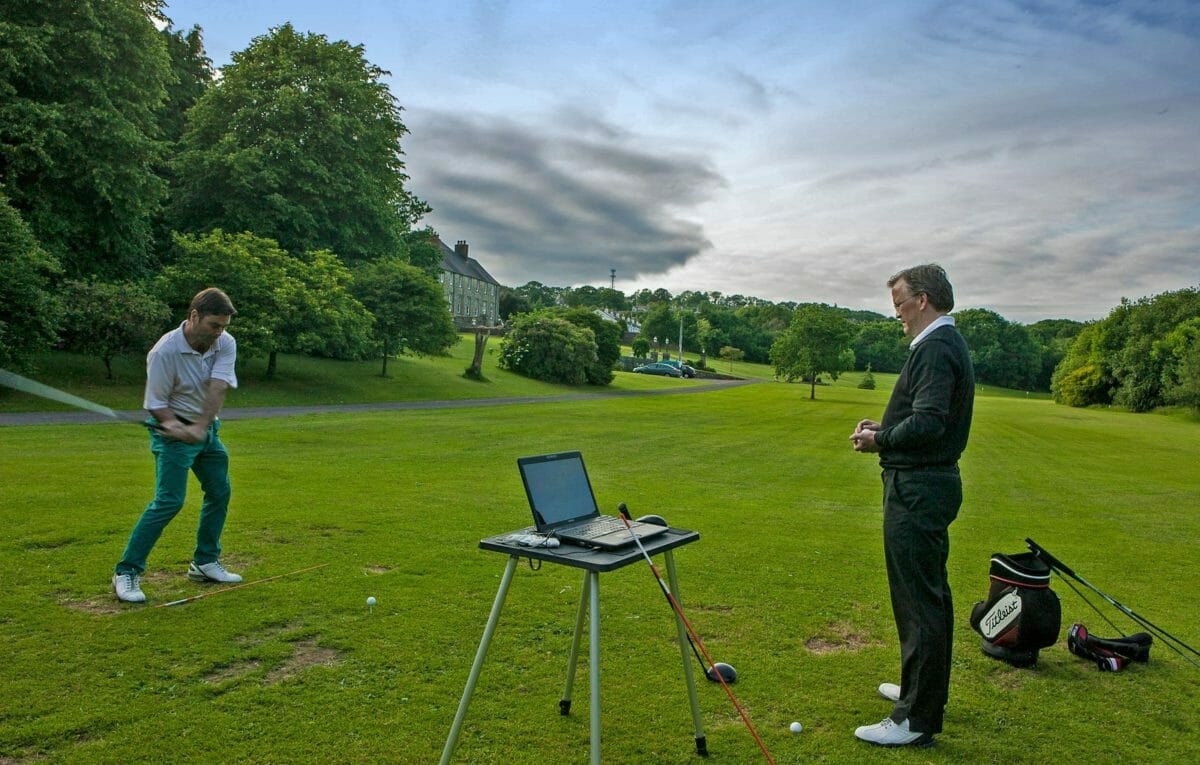 The ongoing thirst for knowledge about golf improvement is astonishing, particularly via the internet.

A search asking the question: “How many golf lessons are there on the internet?” revealed 93.3 million results.

Similar searches asking the same question but for tennis and soccer coaching videos came back with 71.1 million (tennis) and 19.1 million (soccer).

The mind boggles at the level of interest in playing better golf, although in one sense that is not surprising.

From Rory McIlroy through Tiger Woods and on down to the lowly hacker, the desire to play the game better than last week, last month, or last year, becomes embedded in any keen golfer’s DNA.

Whether it’s a blessing or an affliction depends on where you stand on the progress scale. This can range from:

(a) Sublime – suddenly the game is easy, the drives are finding fairways, the putts dropping, the scores getting better, prizes won.

(b) The “Golden Period”, whether it lasts a week, a month or more, is losing its lustre. Still doing quite well but there’s a sense that something is not quite the same.

(c) Uh-Oh….driving or putting goes awry, frustration creeps in, but still hopeful that we can get back to our best next time.

(d) Omigod….the feel is gone, alarm bells ringing in the back of the mind, frantic delving into the memory for the return of the fix, or the idea, or the feel that got our swing on track.

(e) Descent into despair….nothing is working, where have I gone wrong, what’s the answer, and where to find it?

(f) Ultimate Crisis Mode…. Dismissal of whatever was working when we played our most recent best golf.

First port of call for rescue is an internet search and voilá…multiple thousands of professionals promising to reveal the ‘real secret of golf’, or offering their free slice fixes, putting cures, and how to unleash the ‘champion golfer within’ for a ‘system’ that should cost €1,000 but which you can have for less than €100 plus “added bonuses”.

And so the addictive cycle continues.

Hey, some even actually go to their PGA professional and take ‘live’ lessons which is something the PGA on both sides of the Atlantic is keen to endorse.

In America, the National Golf Foundation, a highly respected source of analysis into the business of the game, reported in October 2019 that: “The quest to get better led more than four million golfers to take lessons last year in the U.S., a figure that represents almost 17 percent of the overall participation base.

“While the majority of golfers eschew formal instruction, perhaps preferring to take a do-it-yourself approach to swing changes or fixes by gleaning free tips from magazines, television or the internet, professional golf instruction is estimated to be about a $1 billion industry.

“There were approximately 21 million total lessons given in the past year as golfers, on average, take about five lessons at a cost of approximately $50 apiece.

“More than 75 percent of golfers who took instruction did so through a certified PGA professional (PGA of America member), the recognized teachers and leaders of the industry’s effort to develop and retain golfers, promote the game and make it more fun.”

The Foundation notes that “golfers who are more skilled and more avid” are more likely to take professional instruction than high-handicap players and adult beginners.

That said, the NGF also recognises that as most golfers average scores above 90, the segment they call “less skilled golfers” represent the largest share of instruction revenue for PGA and LPGA professionals at private clubs, public facilities and other golf outlets.

Average earnings of a teaching pro at a public facility in the USA is estimated at around $55,000 dollars.

A Head Professional at a private club in America makes about $75,000 dollars a year.

Recently the website indeed.com came up with a figure of average earnings of $13.52 per hour for a golf pro in the United States.

That was based on 248 salaries submitted anonymously to the site and collected from past and present job advertisements in the previous 36 months.

Given the destruction of business and sport we are currently engaged in due to the Covid-19 pandemic, those figures could certainly drop in years to come, both in America and in Britain and Ireland.

Teaching professionals have for a long time been upping their game and doing their best to keep the golfing customer satisfied and doing repeat business.

It is no easy task, especially with the vast amount of freebie instruction available online, and also the competition among their peers as the PGA seeks to maintain the flow of new entrants into a crowded profession.

However, as long as golf exists, golfers cannot escape the boom and bust nature of their performances.

Much as we might like it to be easy and simple, the ‘click and collect’ online search for a quick solution is unlikely to solve a handicap golfer’s problems long term.

The real answer is more likely to come from personal attention by a PGA pro and staying around long enough to give time for his or her instruction to reduce the pain and enhance our golfing pleasure.