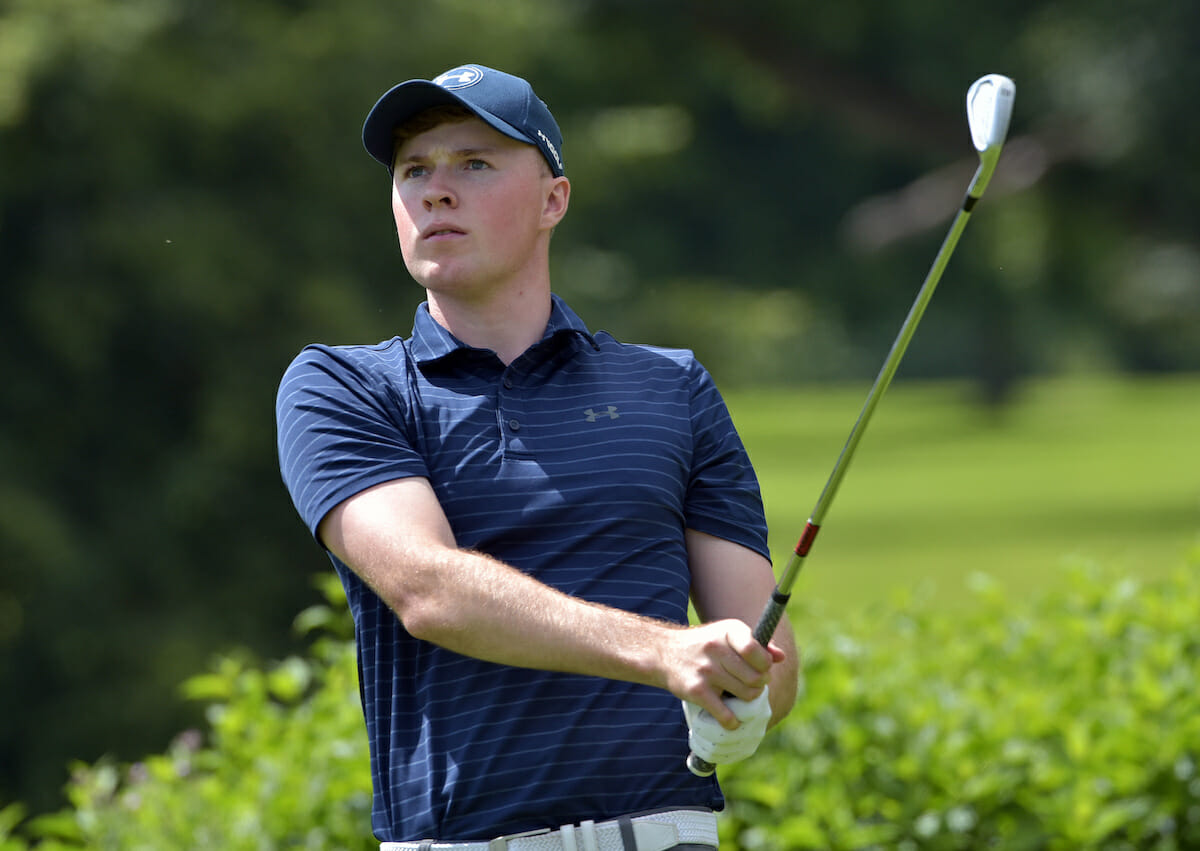 After two days in Sherwood Forest, Mark Power sits alone in second place just one shot behind Boyce Hill’s Jack Dyer, who added a 64 to his opening round of 70 and leads the Brabazon Trophy on eight-under-par heading into day three.

Power, who only played in his first competitive event of the summer last week at the Mullingar Scratch Trophy showed little signs of rustiness as he opened with a first round 68 and followed that with five birdies and an eagle in a second round of 67 as he eased to seven-under par for the championship.

“Hopefully I’m in a position to win and we’ll see what happens.

“The aim is to keep it in play and eliminate mistakes. I’ve not had a double bogey yet and that could be key.”

Five of the seven-strong Irish contingent made the one-over par cut with Royal Dublin’s Hugh Foley just three strokes off the lead in fifth after making seven birdies in a second-round 68.

Tom McKibbin lies one stroke further back on four-under after a 70 though Malone’s Matthew McClean followed his opening 66 with a 73 to slip to 21st on three-under.

The halfway cut fell at +1 which was good news for Marc Boucher who made it with a shot to spare after a second round 69. However, Mullingar Scratch trophy runner-up Robert Moran crashed out with a second round 78 after opening with a 69 and he is joined on the sidelines by France-based Michael Young who posted 74, 76 to also miss the cut.