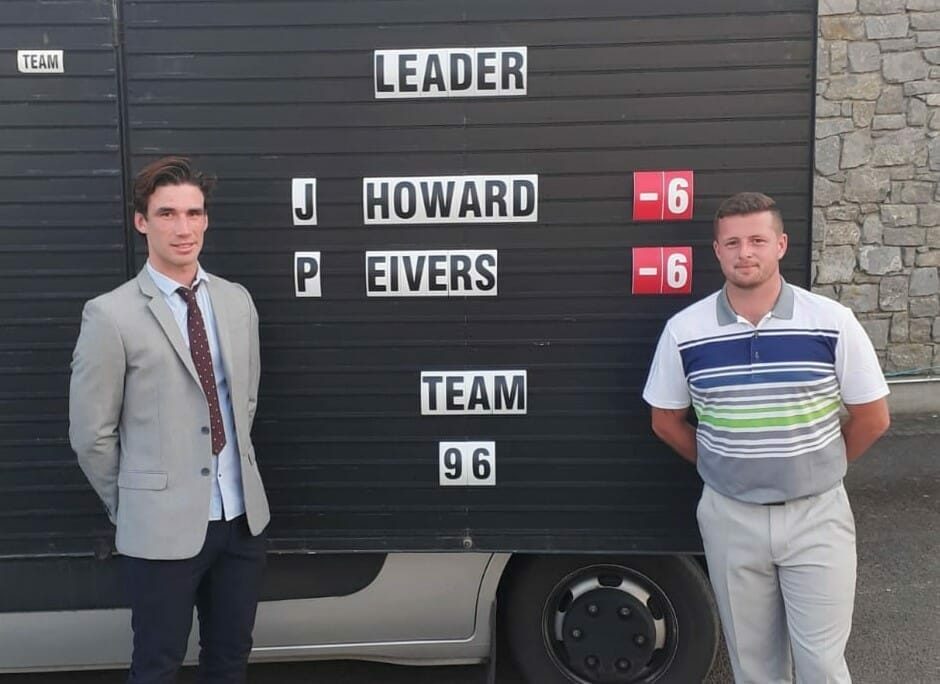 Both players took advantage of ideal scoring condition to fire six-under par rounds of 65 around the Tipperary venue to share the spoils, one clear of Tulfarris’ Simon Thornton.

For his part in the drama, Fota Island professional Howard scored eight birdies, including three in a row from the seventh, in a superb early round of golf that included two bogeys.

Not to be outdone, however, home favourite Eivers, in just his second professional start, recovered from a bogey at the first to fire an eagle and five birdies with just a single dropped shot to match the Cork man’s scoring at six-under.

After only playing his first Pro-event yesterday, past club member and captain of Cahir Park Golf Club Paul Eivers has only gone and won our Pro-Am today tieing with Fota Island’s Jack Howard on 6 under. Super shooting from both Paul and Jack!
More to follow. pic.twitter.com/4Gz4Wu1KQO

Eivers admitted to some nerves standing on the first tee but he managed to produce his lowest round at his home club when it really mattered. A plumber by trade, he was club captain at Cahir Park last year before taking the plunge and joining the PGA to; ‘follow my dream’

“My expectations were a little lower than a 65 but I was very happy with that,” said the 30-year-old who had the added pressure of teeing it up alongside a team representing sponsors Morrison BMW.

“I was a little jittery on the first and pulled my tee-shot but fortunately I steadied up after that.”

It was a day of strong scoring all-round in fact with experienced campaigner Thornton taking outright third on five-under, one stroke clear of Glasson’s Colm Moriarty, Grange’s Michael McDermott and Kilkenny’s Jimmy Bolger who all fired 67s.

Glenlo Abbey’s Gary Madden and Banbridge’s Richard Kilpatrick were locked in a share of seventh at three-under while Old Conna’s Neil O’Briain, who fired a 64 around Cork for victory the previous day, returned a two-under par 69 to round out the top-10 alongside Nenagh’s Eanna Jones and Thurles’ Raymond Ryan in tied 9th.

The next event on the schedule is the Vermilion Energy Carne Pro-Am on August 15 and 16.