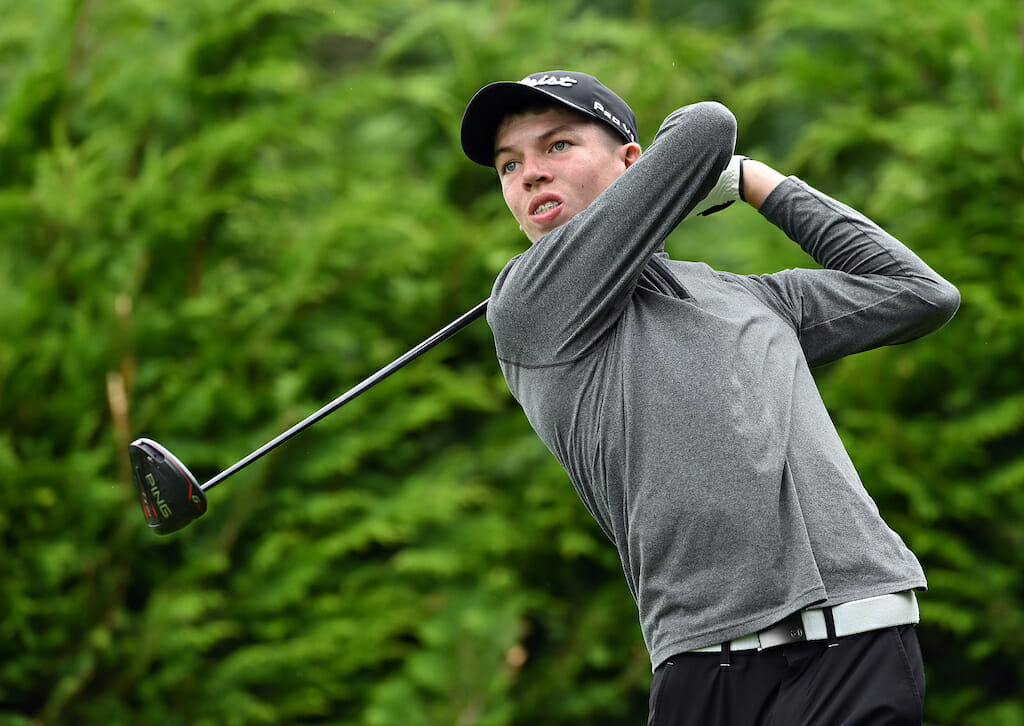 Malahide’s Gavin O’Neill shot an opening round of 69 (-3) to hold the outright lead after day one of the Irish Boys Championship at Thurles.

He carded four birdies during his round, two of which came in the last three holes, and sits clear one ahead of Luke Kelly (-2) from Belvoir Park and two clear of a group of five players on -1.

Despite making bogey on the second, O’Neill rallied and got back to level par on the 4th.

“On the first few holes I hit a few bad drives and made a few scrappy pars there,” he said afterwards. “I got it together on the back nine, hit more fairways, more greens and better wedge play and holed some putts as well.”

A birdie on the par four 10th hole took the Malahide teenager into the red before a fantastic birdie-par-birdie finish, which included a 25 foot birdie putt from off the green on the last, propelled him to the top of the leaderboard.

“Yeah, it’s been a long break between last summer and this but I’ve been playing in the Portmarnock Summer Series, a few open competitions and trying to get a bit of competitive golf back in before these [championships] kick off again.”

Runner-up in two Under 16 championships last year, the Leinster U16 Close at Ashbourne and the Connacht U16 Boys Open in Galway Bay, O’Neill is looking to make his mark at this higher level.

“I’ve been close before. It’s been a good start so let’s see what we can do for the next two days.”

Play continues on Tuesday before the top 40 and ties make the cut for the final round on Wednesday.