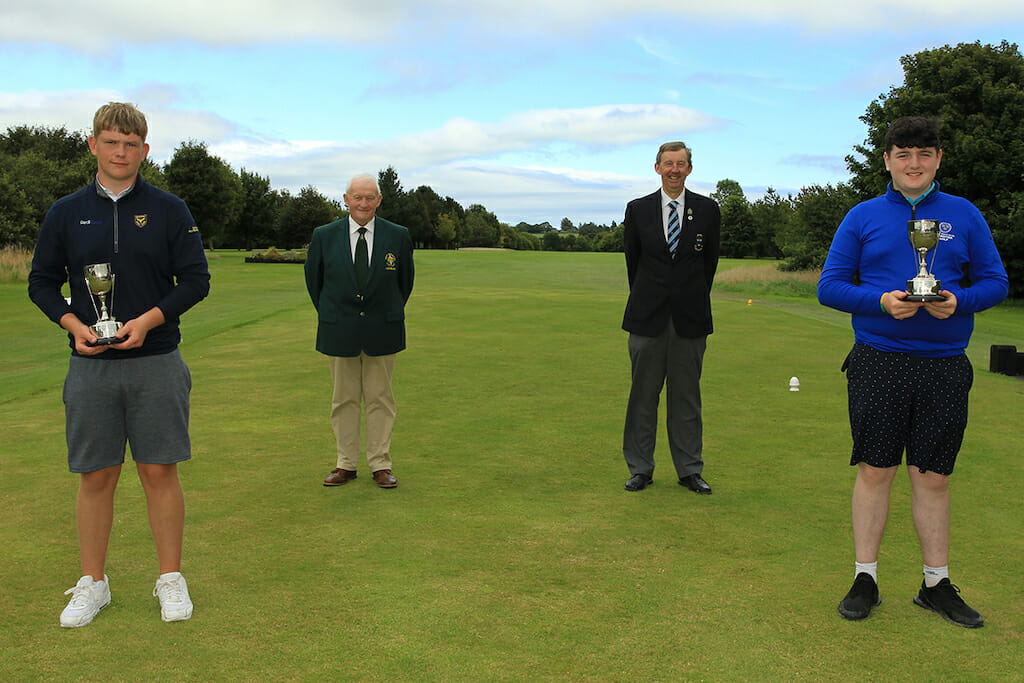 Muskerry’s Zak Collins captured his first Munster title when he won the Munster U17 Close Championship at West Waterford.

Over 60 competitors took to the course in Dungarvan for the first Munster Championship of the year. Collins finished on top of the leaderboard after a tough day for all the golfers. Heavy rain in the morning hampered everyone, and play was suspended for 30 minutes as standing water was cleared from several greens.

Collins went out in 40 (+4), a very tidy score considering the heavy rain that fell in the morning. He opened the back nine with a birdie on the 10th to restart his challenge. After one bogey on the 15th, he closed strongly with three birdies in the last four holes.  The impressive finish saw him win by one shot from Ballykisteen’s Sean Calvert on 74 (+2).

Calvert, the defending champion from 2019, had two birdies on the back nine to challenge but finished one behind.  Ballyneety’s Iestyn Winn was third with a 75 (+3).

Meanwhile, the Munster U15 Close Championship was won by Lucas Lyons from Limerick.

Lyons went around in a superbly impressive 75 strokes to finish three clear of Kinsale’s James Walsh.

Lyons also finished strongly, firing an eagle on the par five 16th before nailing a birdie at the last hole to slay the field in fine style at West Waterford GC.