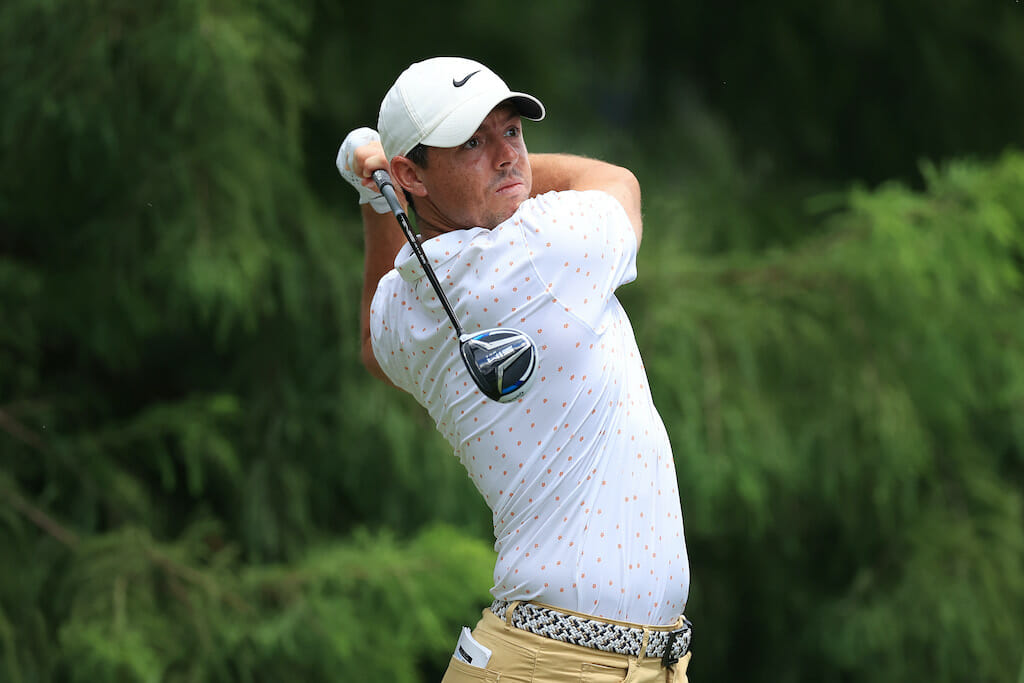 Rory McIlroy wasted little time jetting out and bound for the year’s long overdue first Major Championship in San Francisco at least on a positive note of nil bogeys on his last day in Memphis.

McIlroy completed his final round just prior to the leaders teeing-off on day four of the WGC – FedEx St. Jude Invitational with an overall uninspiring week, as has been his golf since June’s return to competition.

His closing day three-under par 67 for a one-under par tally handed him a distant share of 47th place in the 78-player field. McIlroy grabbed three birdies in holing a seven-footer at the first, a 15-footer at 12 and a nine-footer at the 16th but in looking at the bigger tournament picture, and for all but Friday’s four-under par 66, McIlroy was never a threat on the TPC Southwind course.

He was near the bottom of the field on day one, improved slightly on day two but was back in the mid-50s following Saturday’s round and while he didn’t drop a shot on the final day, a check of his stats reveals McIlroy hit nine of 14 fairways but had 32 putts and four of those were one-putts.

Having again putted poorly, his performance led to one TV commentator remarking:

“He’s heading to northern California where Rory will be putting on poa annua greens and he could completely wash this week from his memory.”

Maybe so but it will be four days short of six-years when McIlroy tees-up on Thursday since he captured a fourth career major in winning a second PGA Championship title in the near darkness at Valhalla in St. Louis.

Since capturing the 2014 PGA Championship, McIlroy has teed-up in a further 19 Majors, missing the 2015 Open Championship through injury, with a best finish of joint runner-up in the 2018 Open.

There is another positive in heading to San Francisco as in 2015 he convincingly beat current U.S. Open champion, Gary Woodland in the final of the WGC -Cadillac Match-Play Championship at TPC Harding. And after the sauna-like weather in Memphis, the weather forecast for San Francisco of sunny but four days of windy conditions maybe could play into his hands as he felt it did five years ago.

“I never knew that San Francisco weather was quite similar to Irish weather until I got here a couple of years ago at the U.S. Open (2012),” he said at his 2015 Harding Park victory conference.

“It was cold, blustery conditions, and I’m somewhat used to that from back home, even though I played most of my golf in ’80 degrees and sunshine. But I felt like I handled the conditions pretty well.

“Also, I had never played Harding Park before this week. I enjoyed it much better than the other course across the Bay (laughter). Sorry if there’s any Olympic fans here.

“But I really, as soon as I played the course, I liked it. It’s a fair test of golf. You get rewarded for good shots. It suited my eye. I like big trees that frame holes and you’ve got a lot of definition to work the ball off stuff. I really enjoyed the golf course this week and enjoyed it as a whole.”