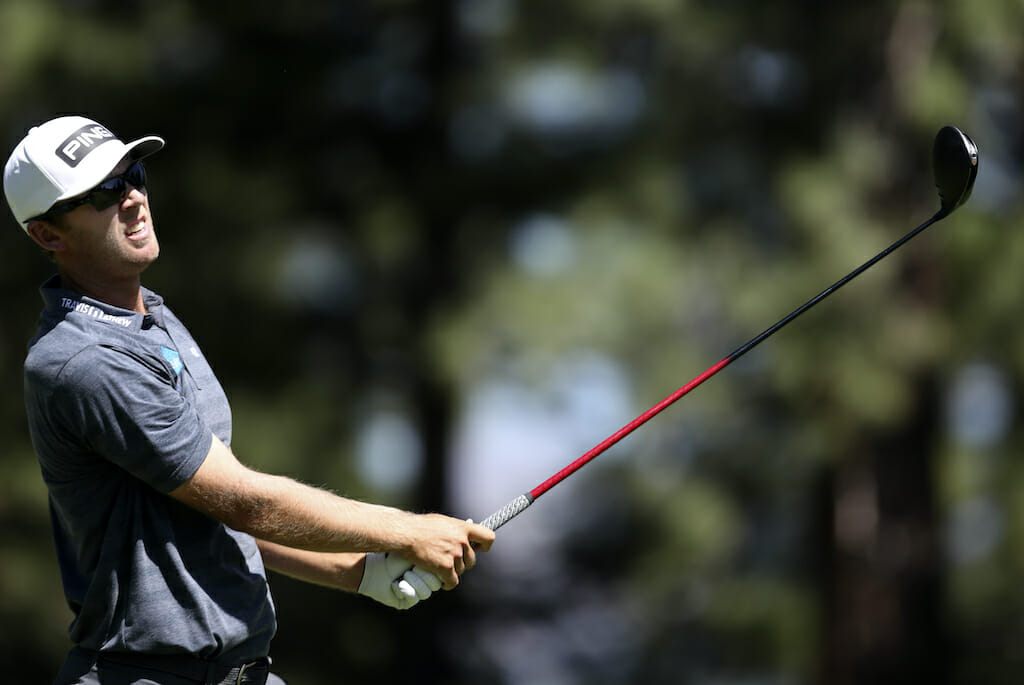 Seamus Power enters the final round of the PGA Tour’s Barracuda Championship on Sunday with a whole host of season-altering incentives on the line.

The West Waterford professional delivered a 10-point performance in the modified stableford event that awards players five points for eagles, two for birdies, nothing for par, minus-one for bogey and minus-three for double bogey or worse.

Power was 12 points to the good on the day through 12-holes after firing six birdies before two dropped shots on the way in resigned him to outright seventh place on 25 overall points, eight behind leader Troy Merritt.

Still, Power finds himself in a great position to launch an attack from the chasing pack on the final day. Currently in 182nd place on the FedEx standings, Power is projected to rise 26 places to 156 from his current position on the leaderboard. With the top-125 getting a shot at the Playoffs, Power has his work cut out to force his way into the reckoning, but it’s now a realistic goal.

A top-10 finish will guarantee his place in the final regular season event at the Wyndham in a fortnight’s time but Power can dare to dream with this week’s winner guaranteed a two-year PGA Tour exemption and a place in next week’s PGA Championship field.

Furthermore, the top two from the top 10, not already eligible, receive spots in the US Open in September at Winged Foot so there’s much to play for for the now 33-year old.

The man to catch in pursuit of that dream is Troy Merritt who made two late birdies to hold a four-point lead ahead of the final round.

Merritt goes into Sunday competition at Tahoe Mountain Club’s Old Greenwood Course having lost the 54-hole lead a year ago at this very event.

Last year he was overhauled by Collin Morikawa at Montreux Golf and Country Club and it’s fair to say Merritt’s not shying away from those memories ahead of his chance at a reprieve.

“Don’t get beat again like last year when we had the lead after 54,” Merritt said. “No, you’ve got to keep pushing.”

Seeking his third PGA Tour victory, the 34-year-old has laid down a serious marking helped greatly by birdies at 16 and 17, though he failed to convert another great chance at the last.

“I really wanted to make that last putt,” Merritt added. “I figured it would give me a five-point lead, and it’s a 2 1/2-birdie lead had I made it, and I missed it. … You just try to keep building. The points change so quickly around around here.”