–       When it comes to an endurance award on the European Tour, Sam has been unquestionably the man, but not, it seems, any longer; until the resumption of play following the COVID-19 crisis, Scots legend Sam Torrance held the record number of appearances on the circuit, 706 starts since he turned professional back in 1972.

–       But another legend of the game, evergreen Spanish star Miguel Ángel Jiménez marked his 707th European Tour start at this week’s Hero Open. He puts his longevity down to good olive oil, fine wine and the best cigars.

–       But every so often, someone from the unpaid ranks will spring a surprise by taking top spot, if not a penny of the prize money – in which case the highest-finishing professionals wins the cash prize otherwise allocated for the champion.

–       However, invariably, an amateur winning a professional tournament turns out to be a young, up-and-coming player who will go on to star in the paid ranks in years to come, as was the case when a fresh-faced young left-handed Arizona State University student called Phil Mickelson edged out seasoned pro Tom Purtzer to win the 1991 Northern Telecom Open, and the rest is history, ‘Lefty’ turning professional the following year, winning his first monetary first prize two years later, the start of a stellar – and lucrative career, 51-wins (including five ‘Majors,’) and counting, and over US$90m in career official prize money. 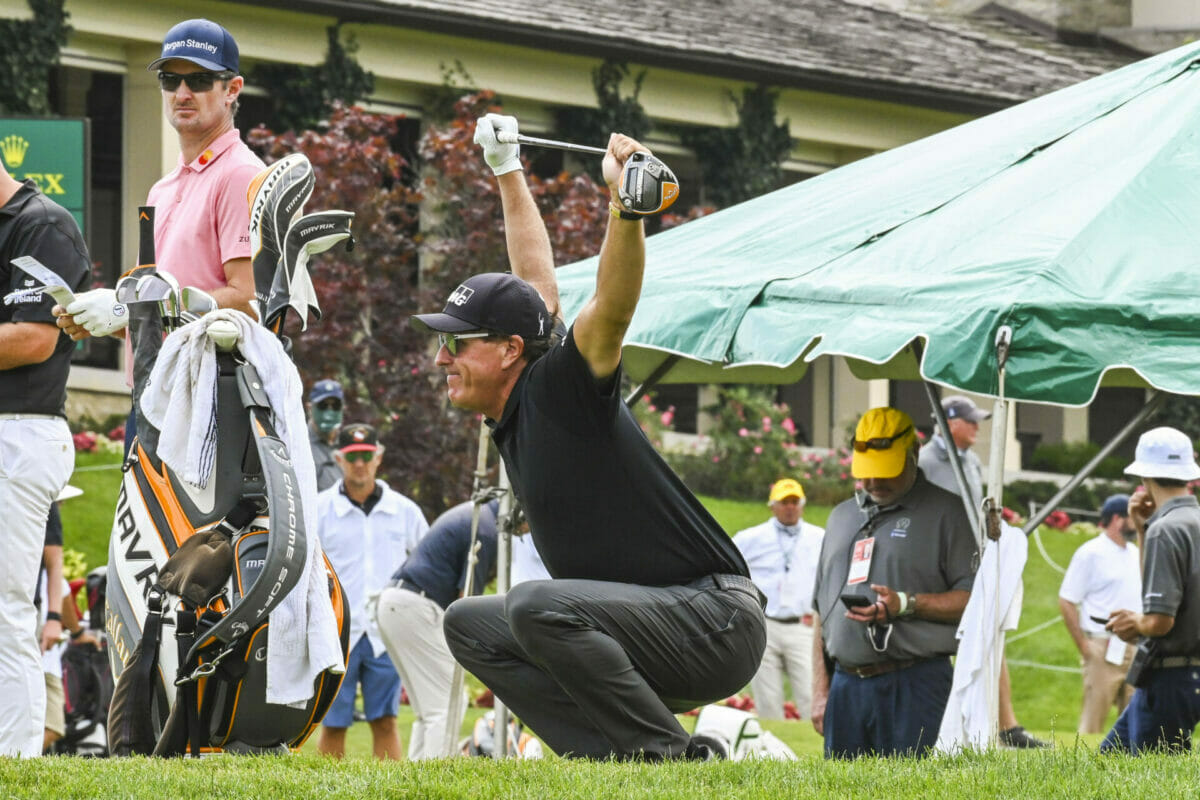 –       The most recent amateur to win a European Tour event was Irishman Shane Lowry, who won his home Irish Open in 2009, and we all know what happened to him; that was the second such win of the year with another amateur, New Zealander Danny Lee winning the Johnnie Walker Classic earlier that year.

–       And on the LPGA, another Korean-born Kiwi, Lydia Ko won as an amateur – not once but twice and at the same event – clinching the 2012 Canadian Women’s Open before successfully defending her title whilst still an amateur in 2013 before going on to hit the heights and reach #1 in the world in February 2015, at 17-years and nine-months-old, the youngest player of either sex to reach the every top of the game.

By the Left, Quick March

–       The traditional military march routine traditionally starts-off, ‘Left, right, left right left, but, when it comes to golf – at both professional and amateur – the odds are very much stacked in favour of those who play right-handed.

–       Research shows that between 70% -95% of the world’s population is predominately right-handed and that men are more likely to be left-handed than women and express the left-hand more dominantly.

–       Over the last 25 years, 6% of PGA Tour events have been won by left-handed players; however the vast majority of those victories have been achieved by three left-handed players, Phil Mickelson, Bubba Watson and Canadian Mike Weir, suggesting that, on the whole, left-handers are less likely to win than their right-handed rivals.

–       Statistically, less than 5% of the PGA Tour golfers play golf left-handed, yet left-handed players have 83 tour victories and nine, ‘Majors,’ yet 75% of those victories were achieved between those three North American stars, therefore other left-handers could be perceived as underperforming, but why?

–       First, lack of bespoke equipment for left-handed players, especially prevalent in the latter stages of the 20th century is thought to be a factor.

–       Second, there is a school of thought that the design layouts of the majority of golf courses offer an advantage to right-handed players, ranging from perspective of each hole to the direction dog-legs take to the location of bunkers, water hazards and out-of-bounds.

–       And thirdly, putts that break from right-to-left are thought to favour right-handed players, although the converse is also true and players cannot fully control the break of their putt on the camber of a green.

–       So, the jury is out, and only time will tell whether the availability of tailor-made clubs for lefties will level things up, although the vast majority of tournaments, professional and amateur will always be won by right-handed golfers, simply because of their numbers.

–       Ahead of the 1957 Masters at Augusta National, American Doug Ford predicted not only that he would win the Green Jacket, but also the aggregate score he would post to achieve it.

–       Remarkably, come the early evening of Sunday 7th April 1957, Ford, who already had the 1955 USPGA Championship to his name was proved correct on both fronts, not only donning the renowned Green Jacket in Butlers Cabin, but also for having earlier signed for a total of 283, five-under-par, giving him a three-stroke win over Sam Snead and Jimmy Demaret.

–       For his efforts, Ford banked the princely sum of US$8,750 and it was to prove to be his one-and-only Masters win; he lives today in Palm Beach Gardens, Florida at the ripe old age of 96.