Meadow slow out of the blocks on LPGA Tour return 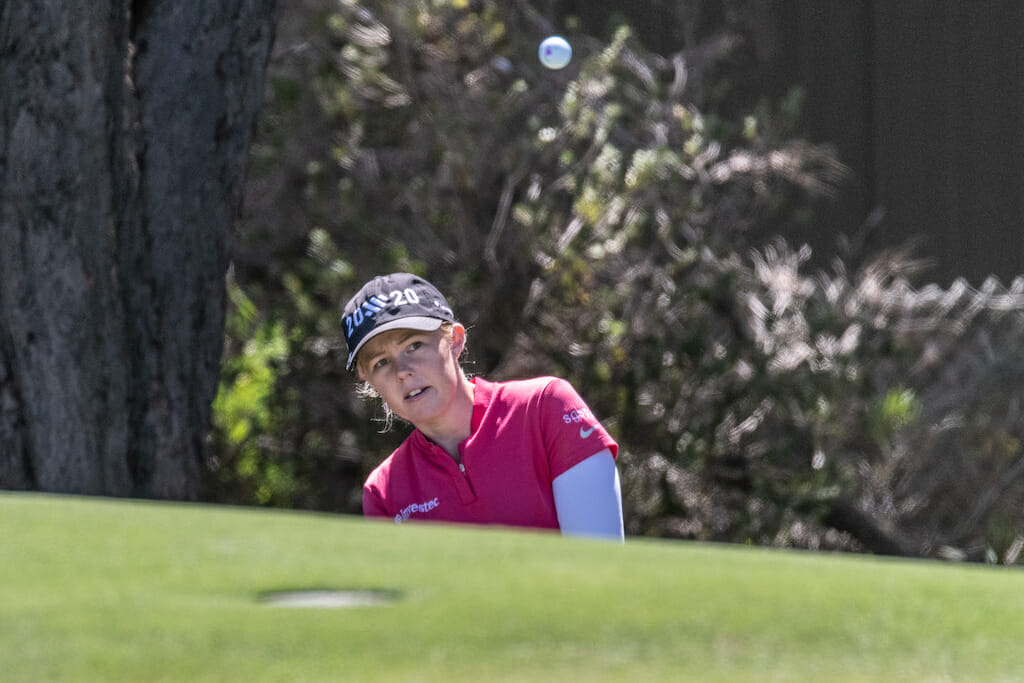 Stephanie Meadow showed understandable signs of rust as she made her eagerly anticipated return to the top tier of women’s golf at the LPGA Tour’s Drive On Championship in Ohio.

As the Tour prepares to head for August’s Ladies Scottish Open the week prior to the AIG Women’s Open, players finally got the chance to return to the fairways competitively for the first time since lockdown.

For Meadow, it proved a tricky first day back to work as she carded four bogeys with two birdies on the card in a two-over par round of 74.

It was a bit of a scramble out there for the Jordanstown native who hit just 8 of 15 fairways and 11 of 18 greens while she took 31 putts in her opening salvo that leaves her just inside the top-50 after day one.

An intimidating target was set on the opening day by American Danielle Kang who lit up the Toledo course with a scintillating 66 to head the field at six-under par.

Kang’s card was immaculate with six birdies and no bogeys and leads England’s Jodi Ewart Shadoff by a single shot atop the board.

Only 18 players broke par on a difficult opening assignment.