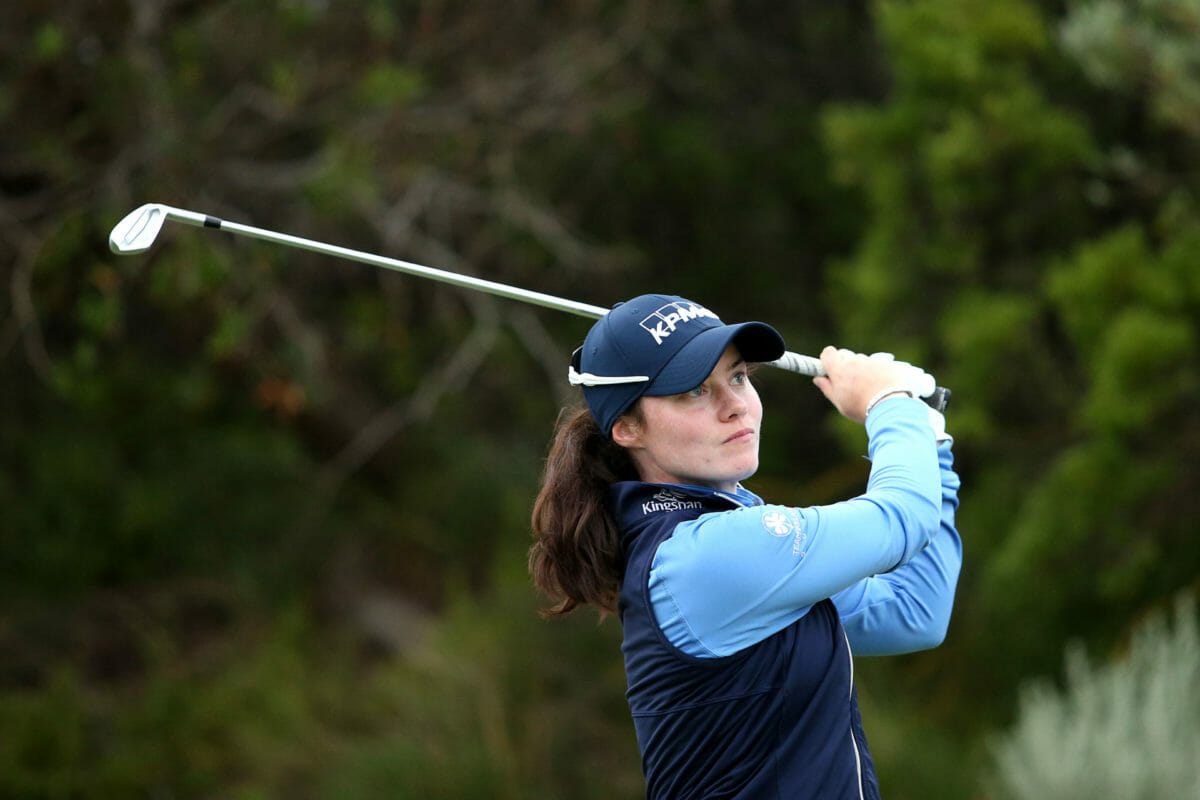 Leona Maguire continued to sharpen her tools ahead of her return to the LPGA Tour next month by taking the spoils at the latest Team Ireland event at Mount Juliet.

The Cavan professional fired rounds of 70 and 66 over the one day, 36-hole tournament and her eight-under par tally proved too good, beating Tullamore’s Stuart Grehan into second place by two.

Maguire fired eight birdies and an eagle over the course of her two rounds at the stunning Kilkenny parkland as she prepares to return to the main stage of women’s golf from the 13-16 August at the Ladies Scottish Open at the Renaissance Club.

Grehan meanwhile showed the spark that made him one of the most promising amateurs in the country by firing 10 birdies over the course of his 36-holes.

Cutting a lonely figure in second place at six-under, Naas’ Conor O’Rourke at minus-two and Whitehead’s John Ross Galbraith at minus-one were the only other players out of the 12 who teed it up to break par.

This was the second Team Ireland event since the inception of the series. Aimed to fill the competitive void for players amid Covid-19, the first outing saw 12 of the country’s best tee-up in Carton House for some valuable match day minutes.

A constant support since it was established in 1999 in aid of Ireland’s up and coming talents, Team Ireland again pledged big money – €221,000 to be split evenly between its 13 players this year – however with no tour golf on the menu for the lucky recipients, team coach, Neil Manchip revealed that it was Cormac Sharvin who suggested a Team Ireland organised golfing calendar to fill the competitive void.

“It really came out of a conversation with Cormac Sharvin who suggested that we could get some events up and running, just for the Team Ireland players, many of whom are left without any tournaments to play in throughout the season,” said Manchip.

“Leona Maguire is here and she is going to start back in the Ladies European Tour soon and the other players are hopefully starting back on the Challenge Tour or European Tour, or Alps Tour… all the various third-tier tours that they play on.

“So it’s just to fill in that gap and give them some good competition between now and when they resume. Since the hiatus they’ve not had any tournament golf for the last few months so it is very important to get back playing. Every player here is a fantastic player so even though we only have a field of 12, everyone is a very good player. So it is great competition for them all and hopefully [it can] get them back in good form before they head back out on their various tours.”