Thompson birdies the last to win 3M Open in style 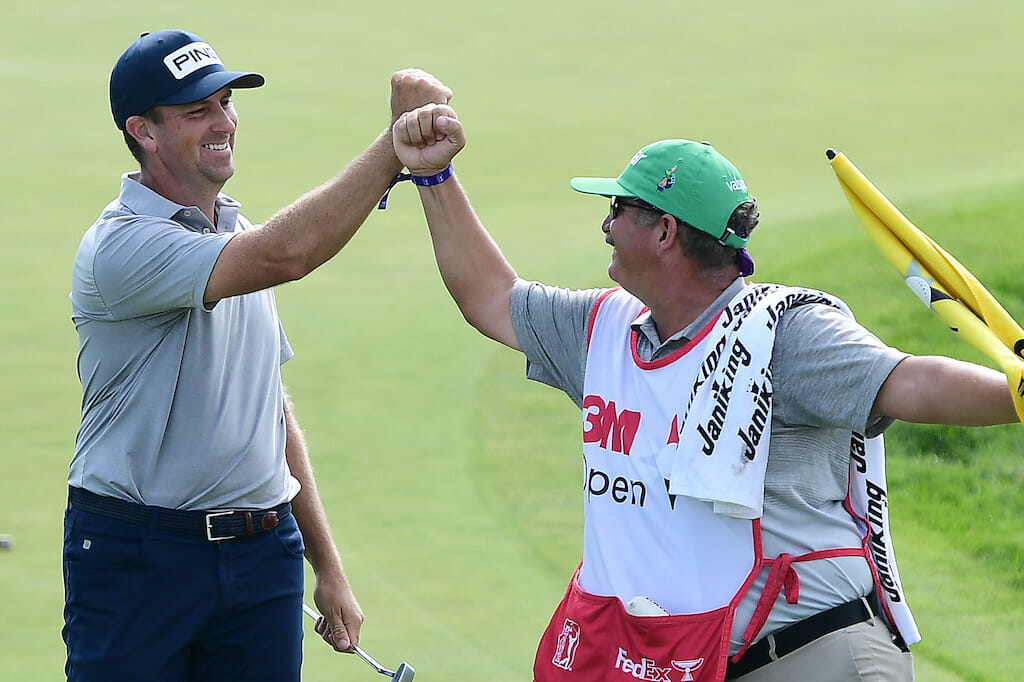 Michael Thompson celebrates with his caddie, Damian Lopez, on the 18th green after winning the 3M Open (Photo by Stacy Revere/Getty Images)

Michael Thompson claimed his second PGA Tour victory with a two shot triumph over Adam Long at the 3M Open in Minnesota.

2,702 days after earning his first title at the 2013 Honda Classic, the now 35-year old looked assured down the stretch before firing a four-under par round of 67 for a 19-under par winning total.

He now has job security through the 2022-23 season and his moved from 151 to 39 in the Fedex Cup standings with his name now added to one of the most elite fields in golf for this week’s WGC-FedEx St. Jude Invitational where he’ll make just his fourth WGC start

“You can only dream of making a putt on the last hole to win a tournament,” said Thompson, who led the field in SG – Putting at +7.275.

“Definitely nice to know that I had a one-shot cushion, so I only had to two-putt, but had such a good read, it was an uphill right-to-left, exactly what any right-handed golfer wants.

“And I’ve been putting good all day today, so I just said — I said to myself before I hit it, ‘Best putt of the day here, best putt of the day,’ and sure enough I hit it absolutely perfect and it went right in the middle.”

Thompson has said it was his lifelong dream to play on the PGA Tour and those dreams have come to fruition. Even with a seven year gap between victories, “you couldn’t have written a better script for where I’m at right now.”

“This win validates the first win,” Thompson said, like a musician wary that the second album can often be more difficult than the first. “It solidifies kind of my presence on the PGA Tour and proves to my peers that I’m a threat every week and that’s what I want to be.”

Ireland’s sole representative in the field, Seamus Power had earlier missed the weekend cut on Friday after going 10 shots worse than his first day score of 68 with a second round 78 for a plus-four total.