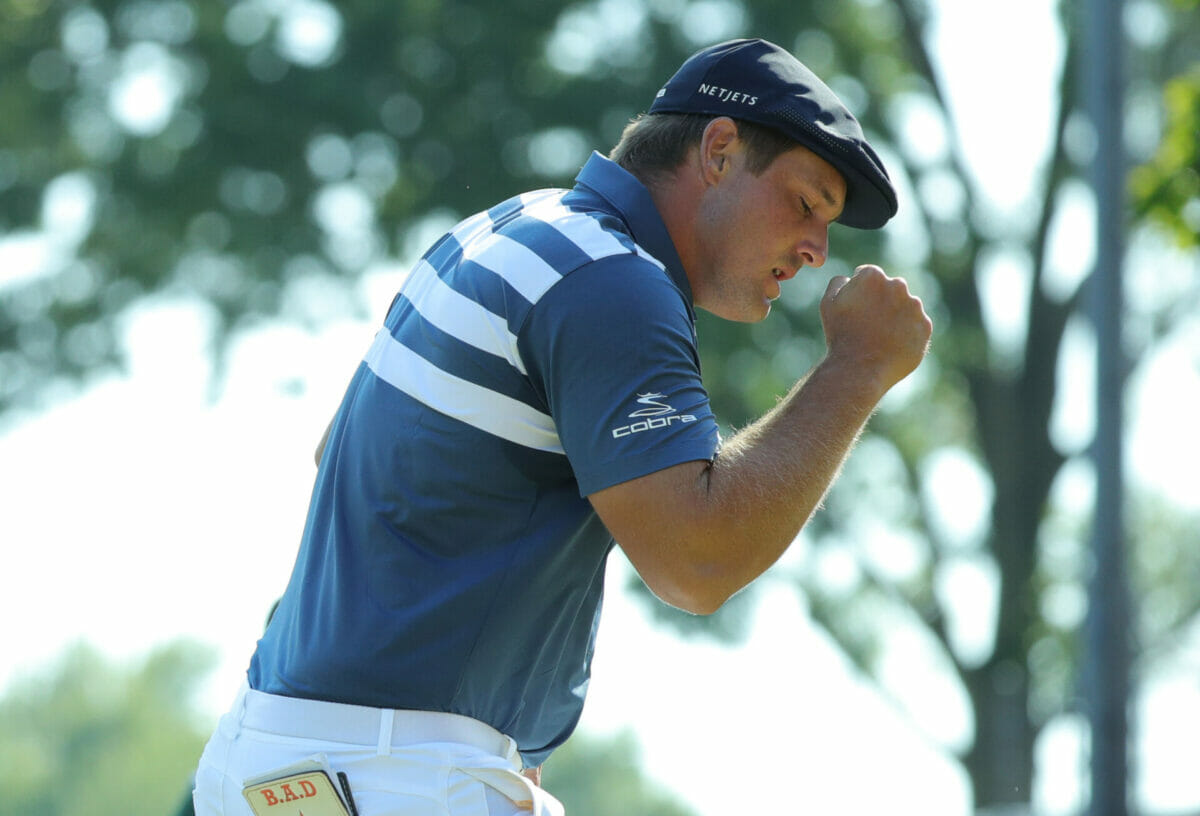 Bryson DeChambeau produced a sensible and very mature answer to a question focussing on the controversy he’s stirred-up since the PGA Tour’s official return to competition mid last month in Texas.

DeChambeau emerged from the three-month lockdown looking like Hulk Hogan’s twin brother, using all of his extra muscle to drive the ball further and further than most.

Indeed, the 26-year old launched no fewer than 43 golfing missiles of over 350-yards during the four rounds on route to victory at last fortnight’s aptly named Rocket Mortgage Classic in Detroit.

DeChambeau has contested four of the five events since the restart and has recorded a win and three other top-10s. No other player enjoys such a record since the Charles Schwab Challenge, including present World No. 1 Rory McIlroy.

The Irish duo of McIlroy and Shane Lowry have no real issue with DeChambeau, with Lowry remarking:

“I’m not really worried for the game because I think you still need to be very skillful, and I think Bryson DeChambeau for the last few years has been a top-5 player in the world anyway. It’s just he’s finding a different way to get the ball from A to B and get the ball in the hole.

“Look, it’ll be interesting to see if anybody else tries to do it. There’s no doubt that over the last 10 years — has equipment got much longer? It’s probably not got a whole lot. I’ve got a little bit longer over the last 10 years, but I wouldn’t put that down to equipment. So I’m not really sure on the whole thing.”

However, that’s not the view of fellow former Open Champions, in Sandy Lyle and Gary Player who fear for some of the game’s great layouts due to Bryson’s clubhead speed while the CEO at the R&A and the PGA Tour Commissioner, Jay Monahan found himself fielding a DeChambeau ‘bouncer’ ahead of Memorial.

DeChambeau himself was asked on Wednesday if he felt comfortable being the topic of such conversation, and as mentioned earlier, he played a very mature ‘straight bat’.

“Yeah, that’s a great question. From my perspective, anything negative that comes my way now, I try and look at it in a positive light,” he said.

“I try to view it as a compliment, in a sense. When Tiger was doing his stuff and dominating, I’m sure there were times when people were criticizing him on certain things. I just have to look at it from the light that it’s a compliment that I’m being talked about, and I’m not going to think anything more than that.

“I’m going to sit back and play my game, try and win as many golf tournaments as I can, give myself chances to win golf tournaments, and not focus on the negativity that people are trying to bring to me.

“I’m just going to do my absolute best to play my game and enjoy the benefits of what comes about from playing your best.”