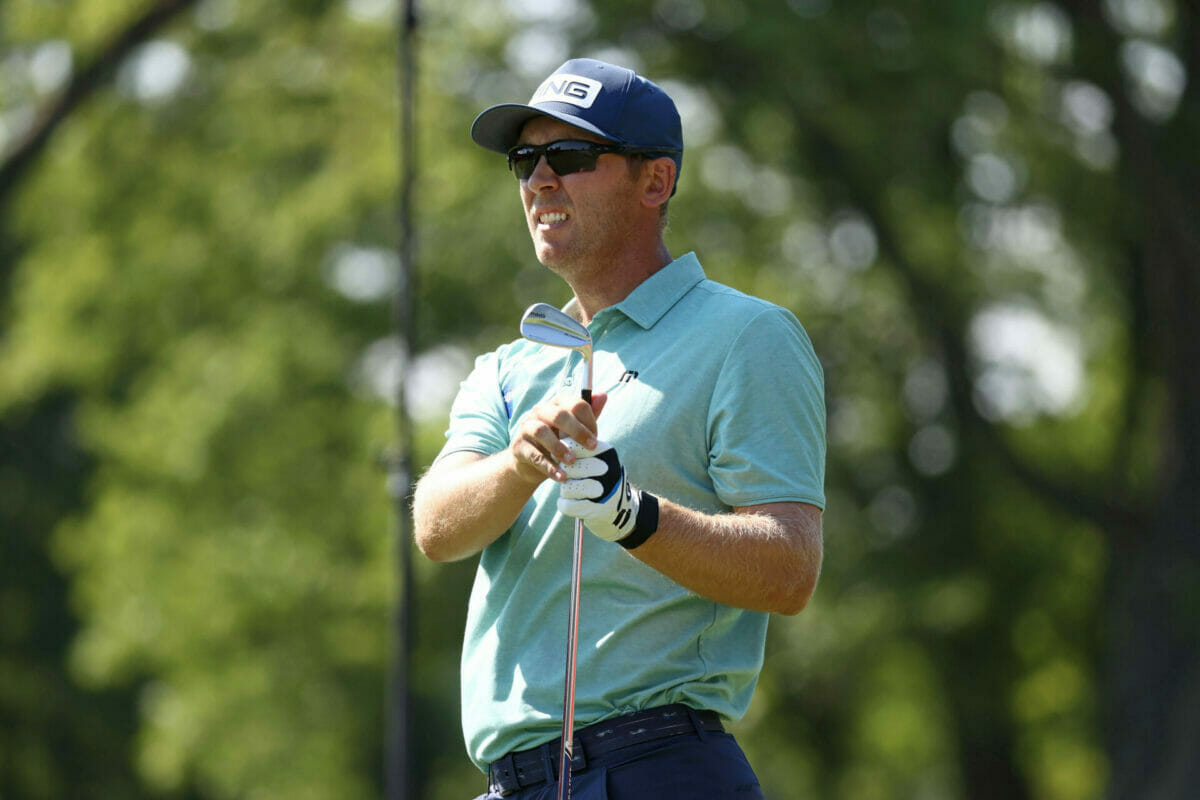 Seamus Power faded over the final day as beefed-up American Bryson DeChambeau moved to No.7 in the world after muscling his way to victory in Detroit.

DeChambeau, 26, came from three shots back in posting a closing 65 to win by three shots with a 23-under par tally from 21-year old Matthew Wolff (71) at 20-under par.

Power had been inside the top-10 for 64-holes until a disappointing closing eight holes saw him score a level par 72 for a 14-under par tally and a share of 12th place.

Power was just one shot from securing a top-10 that would have earned him a place in this week’s $6.2m WorkDay Charity Open in Dublin, Ohio.

DeChambeau has been the most talked about player since the return to competition on June 11th from a three-month COVID-19 lockdown and rather than his ‘Mad Scientist’ tag, it was more about DeChambeau’s new ‘Hulk Hogan’ look and his extra length off the tee.

In fact, he was the only player over the opening three ‘return to golf’ events to post three top-10 finishes that included missing out by a shot in a play-off in Fort Worth, Texas and then finishing eighth a week later at Hilton Head.

A week ago, DeChambeau was again grabbing headlines posting a pair of 65s on route to a share of sixth at the Travelers for a sixth straight top-10 showing since the second week of February.

Now after first winning in 2017 and four times in 2018, he’s finally captured a sixth Tour victory.

In looking at DeChambeau’s driving stats, he’s driven the golf ball in excess of 320-yards over 43 holes of the host Detroit course.

And in his eight PGA Tour events in 2020, DeChambeau is a whopping 129-under par.

“Holing that putt was a big weight off my shoulders,” said DeChambeau in relation to his four-footer at the 72nd hole.

“This is a little emotional for me because I did do something a little different, I changed my body, changed my mindset in the game and I was able to accomplish a win while playing a completely different style of golf.

“And it’s pretty amazing to see that and I hope it’s an inspiration to a lot of people that if they set their mind to it, you can accomplish it. It just takes a lot of hard work, a lot of figuring out things that you may not know and understand yet, but if you keep going down the line and you keep working on it, figuring stuff out, eventually you’ll get a little bit better each and every day and hopefully that leads to something great in the end.

“It’s really exciting to be able to get the job done here and it’s a lot of momentum for the majors. So, this win gives me a lot of confidence going forward that I’m heading in the right direction with my driving and my game.”

Power headed into the final round sharing fourth place at 14-under par and got the start he sought in sending a 13-foot birdie putt to the bottom of the cup at the first to move to 15-under.

The Waterford golfer hit a rocket-like 338-yard drive down the third fairway before landing his second to 17-feet and calmly rolled-in a second birdie putt in three holes.

Power then dropped only his second shot in four days in missing the green right at the par-3 before two-putting for a bogey ‘4’ to drop to 15-under.

For a third round in four days, the par-5 seventh hole was kind to Power in sending a booming 341-yard down the fairway and then two-putting from 50-feet for a third birdie of the day to move to back to 16-under par.

It was turning into a roller-coaster round for the 33-year old in dropping a shot at the short par-4 eighth hole when three-putting from 14-feet.

Power’s putting, from distances just inches over two-feet, had been a key to the proud Irishman muscling his way not only into the weekend rounds but putting himself in contention for a hopeful maiden Tour victory in his 88th PGA Tour tournament.

However, Power’s putter was starting to let him down.

He missed a six-footer for birdie at the par-4 10th hole and horribly three-putted from 13-feet for bogey at the 12th hole and fell back to one-over par for his round and 13-under for the event, in two-putting from eight feet for a fourth bogey of his round at the 13th.

The par-4 13th was a hole Power had birdied each of the earlier three rounds but on day four the bogey saw him drop to a share of 20th, then eight shots adrift of the lead.

Despite hitting the bogey speed bumps in ‘Motor City’, Power was not about to go away as evident in landing his third shot to just seven feet at the par-5 and holing the birdie putt to get back to level for his round.

Power then ended his Detroit campaign with four closing pars in his round of 72.

The Irishman is expected to move up 29 places to 177th on the FedEx Cup standings.