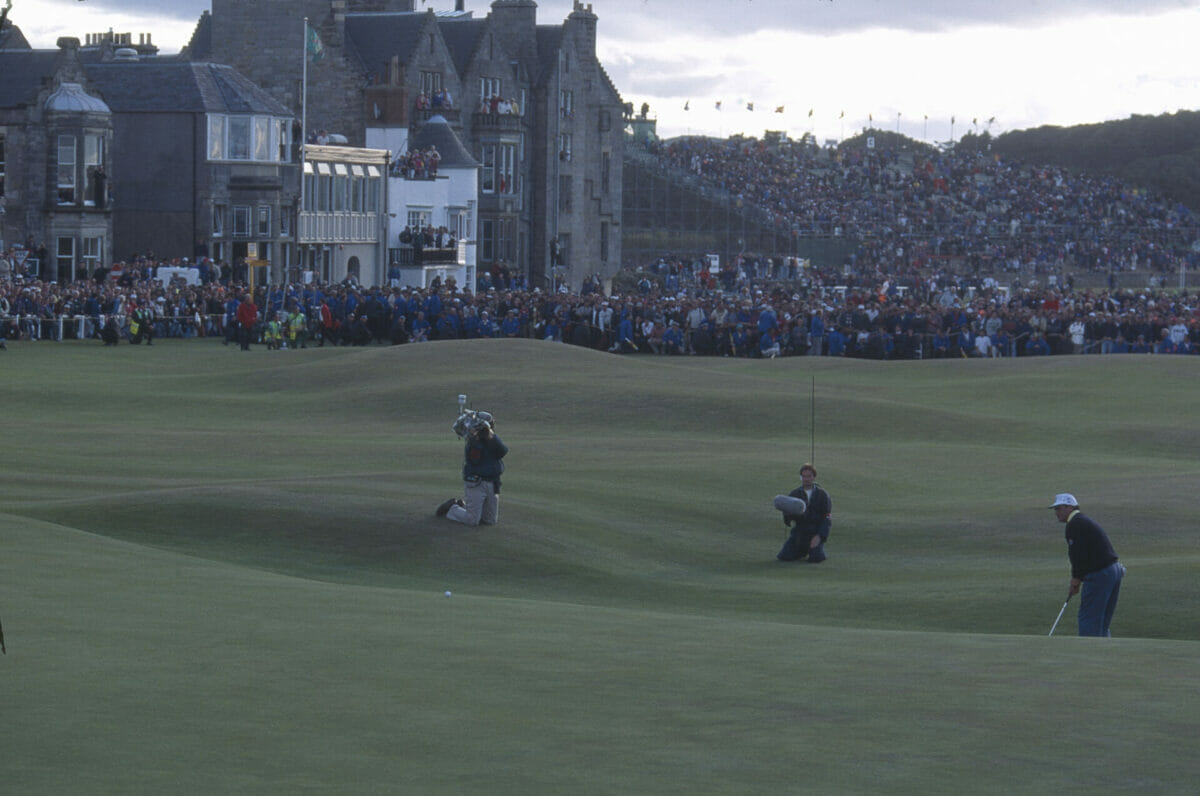 Costantino Rocca of Italy putts on the 18th green during The 124th Open Championship held on the Old Course at St Andrews, from July 20-23,1995 in St Andrews, Scotland. (Photo by R&A via Getty Images)

We started with some magic from the Big Easy, Ernie Els at Muirfield in 2002 and moved on to some Tiger Woods gold from Royal Liverpool in 2006. At number 8, we had Gene Sarazen sign off on his Open career with an unforgettable hole-in one while ‘The Duel in the Sun’ sits proudly at number 7.

At number 6, we had a much more recent affair in Jordan Spieth’s ventures down the right of 13 en route to victory at Royal Birkdale in 2017 while at number 5 we had two memorable encounters with the wall on the infamous 17th at St Andrews, the Road Hole.

At number 4 we had smiling Spaniard, Seve raising his fist in glory at St Andrews in 1988 while another Continental European, this time an Italian, takes number 3 for one of the greatest clutch putts ever seen.

No Italian golfer had ever come close to winning the Open Championship, but at the 124th staging of the venerable event in 1995, Bergamo-born Constantino Rocca was in contention coming to the final two holes.

Having escaped with a par off the gravel pathway alongside 17th at St Andrews – the notorious Road Hole – the Italian fluffed his short approach to the 72nd hole, leaving his ball in the dreaded Valley of Sin, an unlikely and treacherous 50ft putt needing to be holed to force a play-off with American John Daly.

And hole the putt he did, through a deep swale, up and over a steep slope before the ball wound its way across the putting surface, before dropping into the cup, to the acclaim of the massed galleries surrounding the world famous 18th green at the Old Course.

The Italian could barely believe it, collapsing flat-out onto the green and drumming his fists into the hallowed St Andrews turf; but his luck was soon to run out, losing the play-off to Daly, and the Italian wait for a maiden ‘Major,’ would have to wait a further 23-years at nearby Carnoustie Links when Rocca’s compatriot Francesco Molinari lifted the Claret Jug to great acclaim.