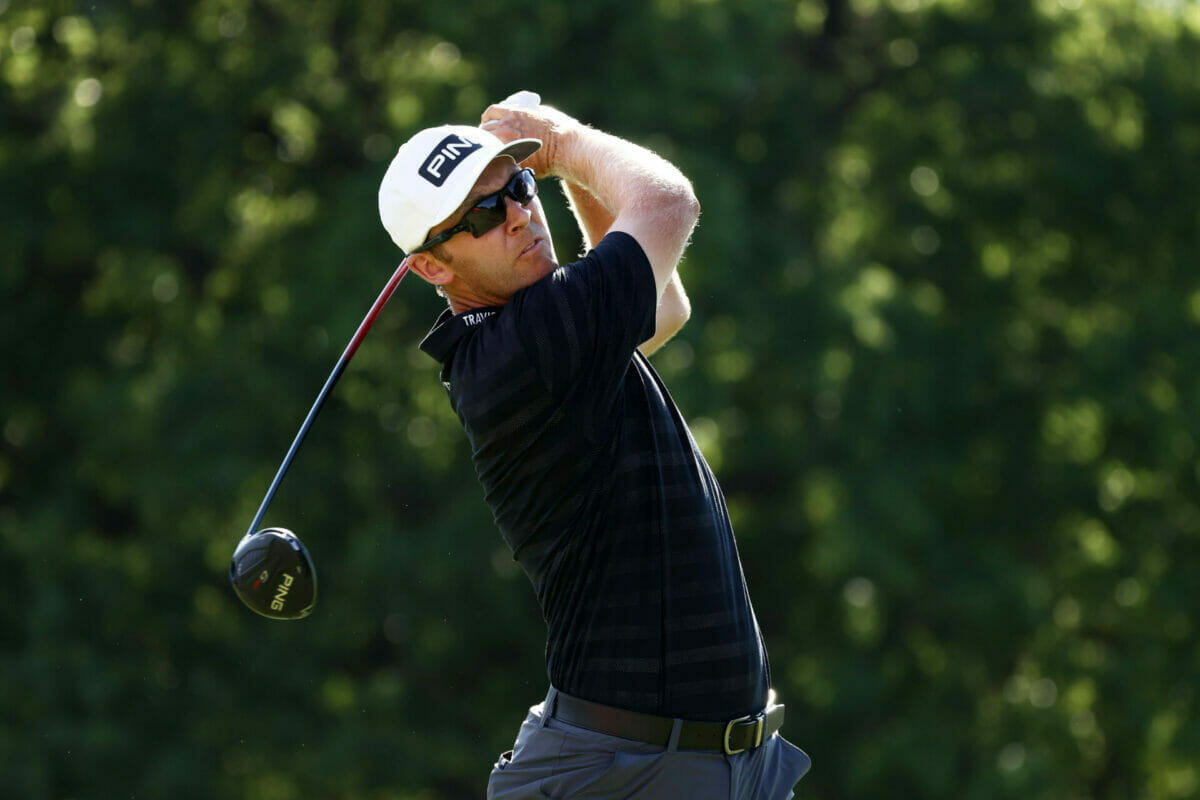 Seamus Power bravely dug deep to keep alive his chances of securing a maiden PGA Tour triumph heading into the final round of the Rocket Mortgage Classic in Detroit.

Power had slipped outside the leading 10 through a dozen holes before hitting the rocket boosters and grabbing back-to-back birdies at 13 and 14 in a round of 69 to be sharing fourth place at 14-under par.

Twenty-one-year-old sensation Matthew Wolff, who partnered Power, though you would have never known that watching TV pictures or listening to PGA Tour radio coverage of the round, heads the field by three shots at 19-under par.

“It was a great round of golf out there today,” said Wolff.  “I heard an ice cream truck circling the property and seemed like every time I heard that, I had made birdie or made a putt, so I’ve got to give a lot of credit to that. I think on the fifth hole I made that long one. more birdies, more ice cream, so that was my mindset from that point on and
probably going to be the same one tomorrow.

“It felt like the putter was really good today. Wasn’t really thinking about much over the putt, lining it up, feeling confident in the line and stroking it really nice. I think my irons were the biggest improvement from last week, just being able to control the distances and being able to give myself a lot more looks.”

Merritt is the only player through three rounds not to post a bogey.

Power’s round was again a strong picture of finding the fairway, hit the green and hole the putts. Off the tee, Power showed his strength in launching rocket drives of 350-yards and 351-yards.

He headed into the third round sharing third place and just two shots behind the second day leading pair of Webb Simpson and Chris Clark.

Power teed-up with a real spring in his step not only being among just two players over the proceeding two rounds not to have dropped a shot over the preceding two days.

There was also the knowledge Power had produced his lowest opening 36-hole scoring effort in his PGA Tour career with his 11-under par tally two shots more under par than his prior best of being nine-under par through two days of the 2018 Corales Puntacana Resort Championship.

Once again, Power was very accurate off the tee including at the par-5 fourth hole where he managed a first birdie in holing a seven-footer and he backed that up sending a 27-footer the bottom of the cut for a birdie at the par-3 fifth hole.

Power found a fifth of five fairways at the par-4 sixth but he was long with a second shot and then missed a 10-footer to save par.  It was his first bogey in 42 holes.

He then produced six straight pars and with five driving holes again didn’t miss a fairway to be 10 for 10 in fairways hit. Power then found an 11th fairway with a 331-yard rocket at the par-4 13th hole before sending his second to just five foot for a third birdie and moving back inside the top-10 at 13-under par.

In the group ahead, DeChambeau launched an ‘out of this world’ 374-yard drive at 13 to be just 28-yards from the flag with his birdie moving the bulked-up American also to 13-under par.

Power was back into a share of fourth at 14-under par in superbly landing a third shot at the par-5 14th, rolling-in the 10-footer for a fourth birdie of his round.

Moments earlier, Wolff had found the green in two and moved into a share of the lead at 17-under in holing his 13-footer for an eagle ‘3’.

Power came to the last four holes posting four pars and missing his only fairways of the round at 17 and the last but overall the 33-year old could be very proud of his efforts on the three days of the $US 7.5m event.