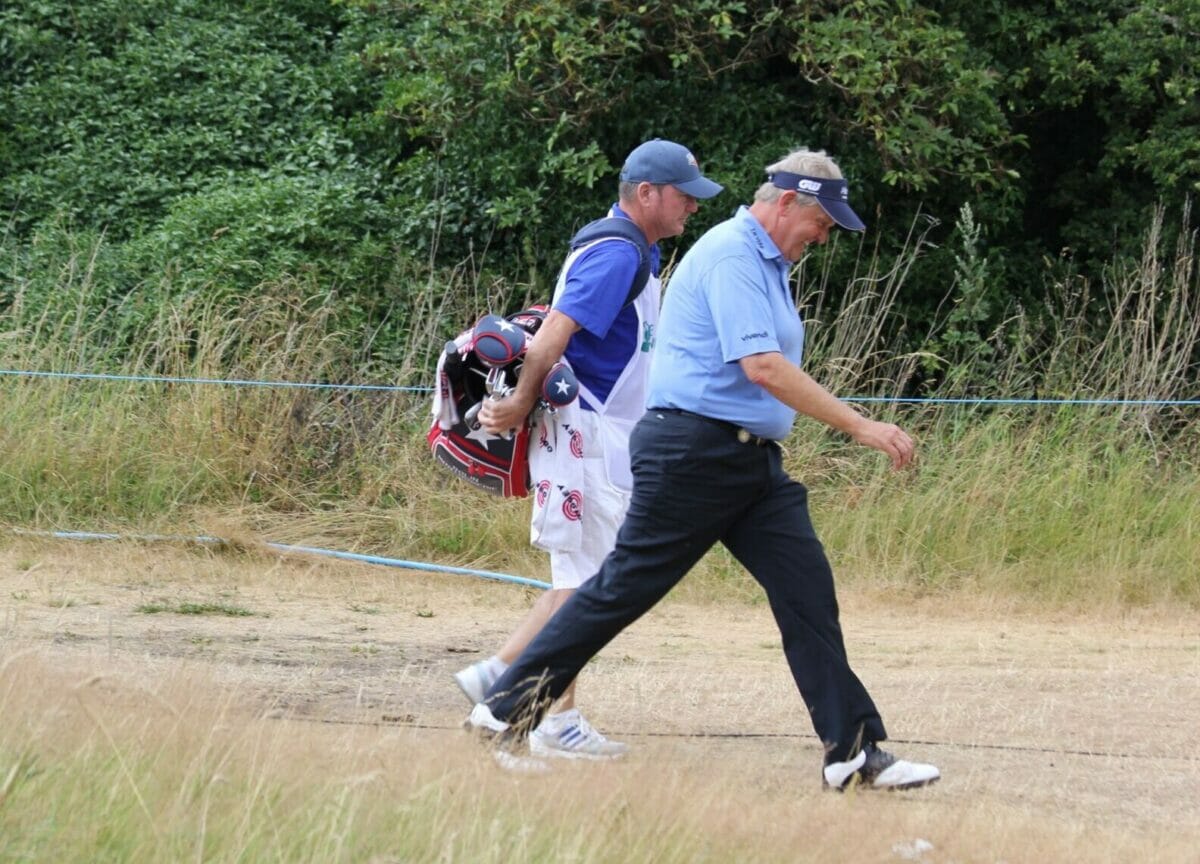 The golf world has waited a long three months for the return of the game’s biggest stars but there’s one star glowing a lot brighter and hitting the ball a whole lot longer.

Bryson DeChambeau has returned from the 91-day Tour lockdown looking more like ‘Hulk Hogan’ than your average 26-year old.

And it is not just the current World No. 13’s appearance but the sight of him with a 5.5 degree driver in his hands and belting a 1.61 ounce golf ball an average of 345-yards over the opening two rounds of the Charles Schwab Challenge that is raising plenty of eyebrows.

DeChambeau’s new look and his ‘new-found’ length has got old heads talking and one of those is Scotland’s 56-year old Colin Montgomerie.

And Monty’s now adding his weight in calling for change.

“To see him carrying 330 yards in the air, this is getting unreal,” said Montgomerie on BBC Radio 5 live.

“Something has to be done or these classic courses cannot be used.”

DeChambeau reckons he’s added around 20lb over the three-month Tour absence and a remarkable 45lb in the past nine months.

“My ultimate goal is to get as strong as I can, applying some force and speed to the swing to see what it can handle,” said DeChambeau after a pair of 65s heading to the weekend round in Ft. Worth.

Monty’s not alone in admitting he “could not believe” the size of DeChambeau and how far he was hitting the ball.

“He is huge and it’s great to see athleticism in the game but this is a whole new game we are beginning to witness,” said Monty.

“The game has changed dramatically. It’s now brute force and a sand wedge.”

We know the R&A and the United States Golf Association (USGA), who jointly administer the rules of golf, are evaluating options after releasing a report in February this year that claimed the increase in hitting distances and course yardages “is detrimental to the game’s long-term future”.

“I’m an advocate of what Jack Nicklaus proposes – a tournament ball for professionals, that goes only 80-85% as far,” Monty added.

“We haven’t the money or the space and there are the obvious ecological reasons. A tournament ball would be a massive step, because of that term “bifurcation” [professionals playing different rules to amateurs]. Yet haven’t we reached that stage, now?”