All mic’d up and nothing to show 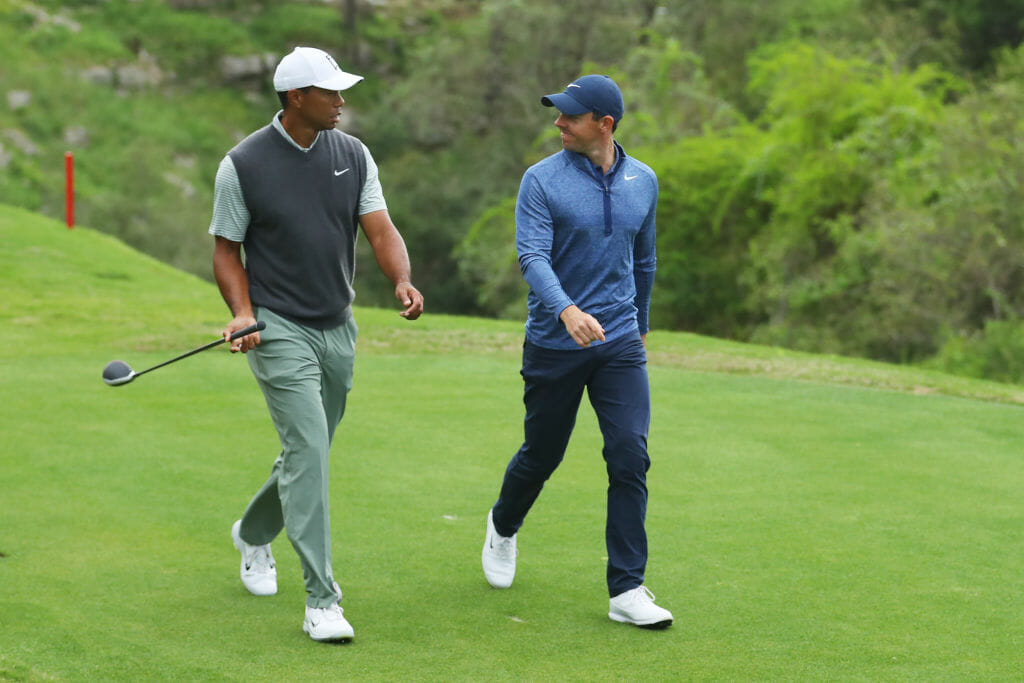 I’m not racist, homophobic, or misogynistic. I support the idea of universal health care, state funded education and of a woman’s right to choose. I believe in free speech, free trade and free travel. But if you send me out on a golf course with a microphone and tell me to act normal, then I’m sure as hell going to offend somebody.

I won’t do it intentionally, hell, I probably won’t even know I have done it. Not until the hate messages start appearing on my social media at least. Because nowadays, it’s damn near impossible not to offend somebody, somewhere. In fact, it’s highly likely that there is at least one reader who’s taken offence to one of the ideological viewpoints I’ve confessed to in the opening paragraph.

Not that I’ve that much to worry about. I have no endorsement deals, no equipment contract, no professional partners and legions of fans ready to throw me to the wolves at the first sign of controversy, yet even I wouldn’t be willing to take the risk that I’d say something that could be misconstrued as being deliberately offensive.

Because that’s what normal people do. They make mistakes, they say stupid things, they do things they regret, but thankfully, 99 percent of the time there is nobody around to catch them out.

Since the undeniable success of the Woods and Manning versus Brady and Mickelson match, there has been a strong clamour for players to be mic’d-up all the time. I’m all for it in one-off charity or challenge matches, where players know they are the under the spotlight at all times, but the idea that players would be comfortable with this on a week-in, week-out basis is ludicrous.

Justin Thomas’ on-course reporting at Medalist was one of the highlights of the event, but it’s no surprise that he is one of the first players to voice his opposition to proposals to make mic’ing-up a regular feature.

In a back and forth exchange with Charles Barkley in the commentary booth, Thomas quipped “Chuck, I’d love to see your fat ass try to dunk a basketball now” after Barkley had offered to give Thomas some lessons in bunker play. As good as Thomas had been on the mic all day, you could sense that his heart was in his mouth at this moment, but fortunately, Barkley took all the sting out of it by laughing and good-naturedly asserting that Thomas shouldn’t be fat-shaming him on TV. But it could so easily have gone the other way, and that’s the scary part.

It’s hard to think that, knowing how easily some light-hearted sledging could’ve been misconstrued as insensitivity, or flat out bullying, hasn’t played some part in Thomas’ coming to the conclusion that he is in a better and much safer place not being wired for sound.

It’s not as though boom mics on tee boxes and fairways don’t already catch much of the player-caddy conversation, but those are usually straight-forward situations with the focus squarely on the shot and task at hand.

But as for casual conversation between the players themselves? How comfortable would you be if your in-round chatter was being picked up? “What did you do last night?” “How are the wife and kids?” “Who was that blonde you were talking to at dinner?” “Can you believe how much of a pr**k [insert name] is.”

Let’s face it. Mic’d up players is a novelty act and should be retained for novelty purposes.

Mic’ing an entire field will likely result in the creation of 150 automatons who will be experts at saying nothing of any interest whatsoever.

And heaven knows golf has enough of those as it is.