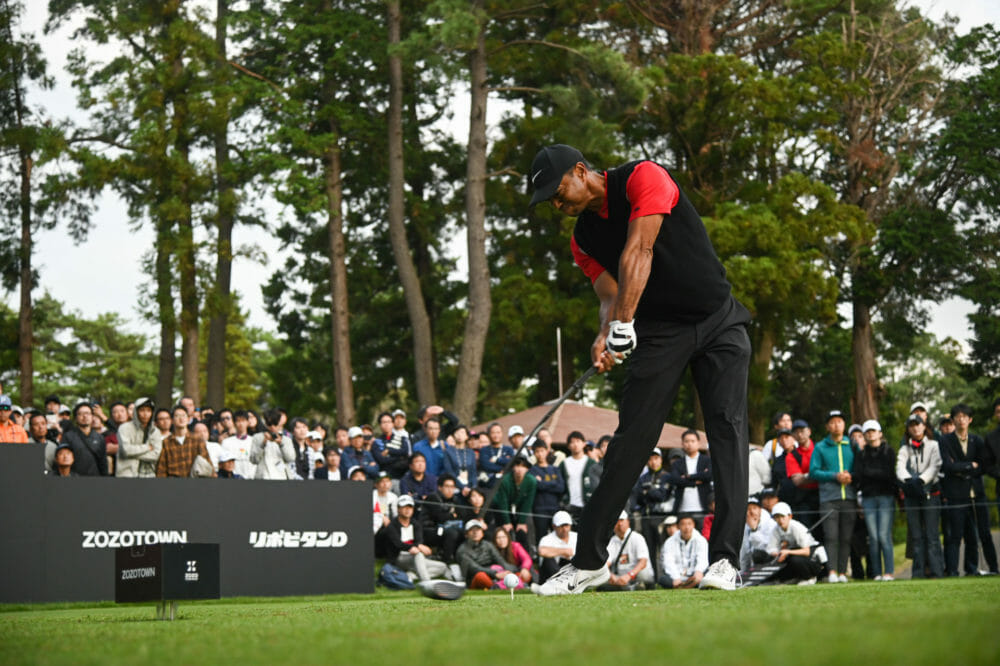 The 15-time Major winner is three shy of the Golden Bear’s gold standard of 18 but with Woods managing his body after multiple back surgeries in recent years, many have doubted Tiger’s ability to reel in Jack.

With the game of golf on hold since the cancelled Players Championship in March, we caught a first glimpse of Tiger in action last week in The Match II ‘Champions for Charity’.

Alongside partner Peyton Manning, the pair defeated Phil Mickelson and Tom Brady whilst raising $20 million for Covid relief and Harmon admits he was particularly impressed with Woods’ performance.

“It has allowed him recover and do whatever maintenance he needs to do on his body. His own words say he can’t practice as much as he used to, but that doesn’t matter, as he’s a great student of the game.

“If you watched The Match the other day, when he and Payton Manning played against Phil Mickelson and Tom Brady, he looked beautiful playing golf. I thought it was the best I’d seen him swing in a long time.

“The club was in a great position at the top and he wasn’t jumping off the ground trying to get distance. You noticed he went into a little fade to get the ball into play off the tee and hit every fairway. In the conditions they played in, with the rain and stuff, I thought he played phenomenal.”

Harmon was particularly impressed with Woods’ fairway finding ability. There was a maturity about Woods at the Medalist Club, highlighted when the time came to test his power against the alpha males, Mickelson, Manning and Brady.

“What I took away is that he never once tried to out-drive Mickelson or get in a long-drive contest with him, he just tried to put the ball in the fairway,” said Harmon.

“It was very impressive how he drove the ball and when he was at his best like he was in 2000, he was the best driver I’ve ever seen.

“He has always had a great short game, even though he went through that period of a little bit of yips with the pitching. He came out on the other side of that and I think it’s amazing what he has done.”

Indeed, Harmon confesses that although he believed Woods was capable of a comeback – it was only ever a playing comeback and not a jaunt back to any winner’s enclosure – never mind a Major Championship and Green Jacket ceremony.

“I thought maybe he might come back and play after all the injuries, but I never thought he could compete to win,” he added.

“Then he won at East Lake, which obviously gave him a tremendous amount of confidence, but still we weren’t sure whether Woods could handle a major championship win.

“Then again, he’s Tiger Woods and you can never say never when Tiger Woods is concerned. He believes 100 per cent every time he tees it up that he’s going to win, because that’s what all great champions have.

“I can’t call it the greatest comeback in the history of golf because Ben Hogan went one-on-one with a Greyhound bus, got hit head-on and was told he could never walk again, so I think that would probably be the greatest of all-time!

“But what Tiger did after the darkness in his life, the hitting rock-bottom and not being able to move, was so impressive. He said to me at the US Open at Pebble Beach that his last surgery wasn’t to play golf, if it was to hopefully have a good life and enjoy his children.

“Then all of a sudden, the surgery was good and he could play golf. I think after his win at the Masters last year he may tell you it’s his greatest of the 15 majors he has won, because of the fact of where he came from to get to it.”