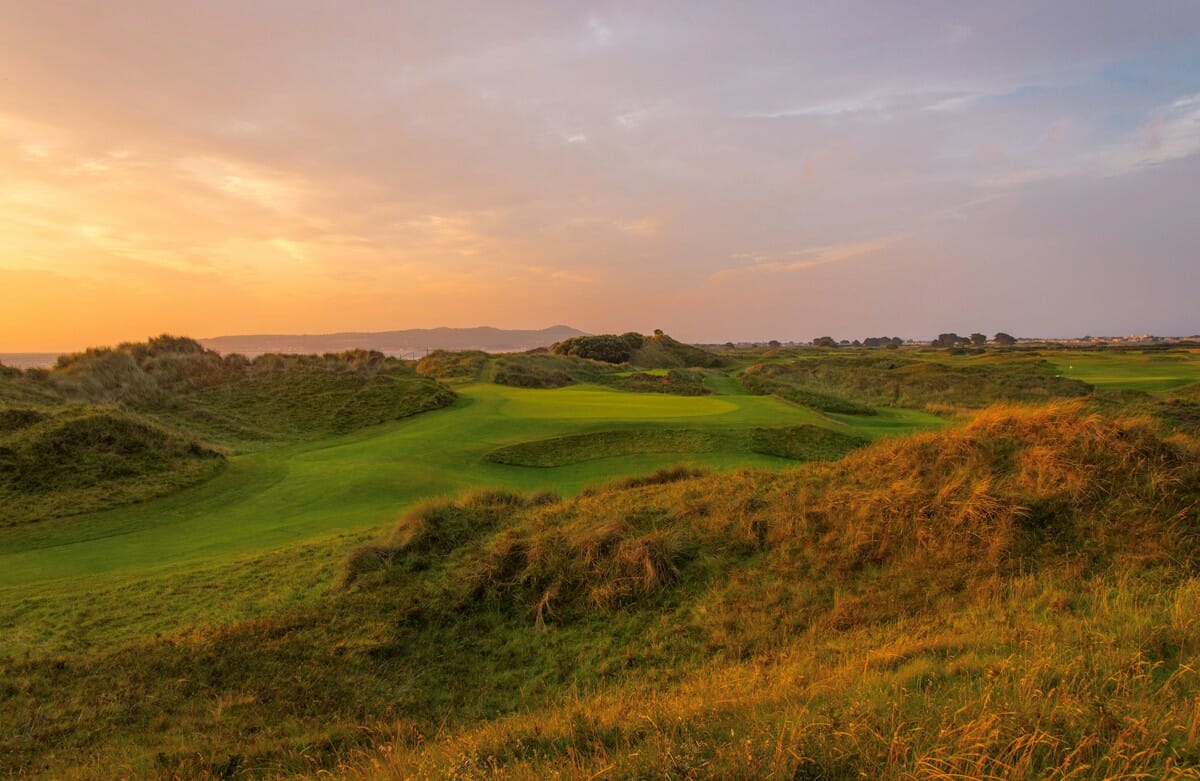 Monday, May 18 – back on the fairways for the first time since I played seven holes solo on March 23.

The Links Portmarnock opens its gates and I drive in to the largely empty car park, mindful of parking a couple of spaces away from the nearest car.

I live within the 5k limit, so no problem there.

That said, would I be going out to play golf if I were a member of The Island or Balbriggan, two of my former clubs which for me would be way more than 5k from where I live? The answer is no.

Without being precious about it, and while I might not like it, I’ll stick to the 5k limit for exercise. It’s just my good fortune to live so close to my current club. Many thousands around the country are not that lucky.

Meanwhile, back to business. It was interesting to have to dig out the equipment the day before play.

This return to the routine of organising balls, tees, checking clubs and arranging them the way I like them in the bag felt a tad unreal. “Is this really happening? Are we actually going to play golf again?”

It was weird that it felt weird to be getting ready to play, if that makes sense.

Anyway, Monday dawns, cloudy and, what? There’s some rain out there?

My kind and supportive wife hoots with laughter. After all the sun we’ve enjoyed, first day of golf and I’m putting on the wet gear before going out?

If there’s a God, She is not a golfer, or so it seems, but soon all is well. By the time I’ve shovelled the bag, trolley, shoes, battery etc, into the car boot, there’s no need for the wet gear.

Off it comes and is stuffed back into the side pocket of the bag.

Tee time is 10.06am. Instructions to appear only 15 minutes before teeing off are adhered to. Playing companions Paul and Eugene are all set for action.

Director of Golf Conor Russell offers a cheerful “welcome back” and we reciprocate with “it’s great to be back.”

Hand sanitiser is available in big bottles on a table outside the pro shop and Conor gives us individual small bottles of hand sanitiser to take with us.

There’s time for some banter and Conor jests: “I was out on the first tee for a while. It’s carnage out there. Fellas are hitting the ball all over the place, knocking them down and everything.”

OK, we know he’s having a bit of fun, but there’s a tiny clutch of anxiety in the gut. Yeah, the first tee shot in almost two months. What will it be like? Will I get the ball in the air? How many balls will I lose?

On the latter front, I’ve taken my traditional precautions. If I’m playing crap or, as in this case, have not played for a while, out come the dirtiest, scabbiest balls in the bag.

If the worst happens, I won’t feel as bad losing them as I would shiny new or barely used balls. Nothing like a positive attitude, eh?

And so to the first tee. Thomas, the starter, reminds us about the social distancing etc, and there’s more hand sanitiser available.

The lovely Links course looks beautiful and is a testament to the work of Course Superintendent Fintan Brennan and the staff he had available during the lockdown.

So, now we’re on the dreaded first tee. Paul hits first and carves his shot way to the right into the boondocks. He will find the ball, which is the only positive about that effort.

Yours truly steps up, waggles the club, tries to think of one of Pádraig Harrington’s tips that have been so impressive on the internet, fails dismally, but somehow the club swings back and through, makes a good contact, and the ball flies at a decent height to finish within a 5-iron distance on the left half of the fairway.

First statistic: Fairways in Regulation, 100% – at least for the first hole. Gotta take the positives where you can.

Second shot: 5-iron, amazed at good connection, and drill the ball onto the green about 20 feet away from the pin.

Statistic number Two: Greens in Regulation, 100%. Ok, it’s just one hole but allow me the moment, will ya?

Three putts later I’m leaving the first green with a five and two points in the bag – solid, and very acceptable.

Turns out, they are the first two of what will be 25 points for 18 holes off 20 handicap. Welcome back to golf, Big Guy!

At the end, my wallet is technically lighter by €6. We play €2 for first six, second six and third six. Didn’t win any of them.

Paul wins €4; Eugene wins €2. The only consolation is that no money changed our well-sanitised hands.

We haven’t yet worked out how we can operate without handing over coinage, but it’s the principle of winning and losing and bragging rights that really counts.

Ah, well, who cares? Not me. All that really matters is we were among the lucky ones who have got back on the golf course.

May all fellow golfers, male and female, have an opportunity to throng the fairways, North and South, sooner than later. Stay safe in the meantime y’all.