Harrington rules out returning to US for June’s restart 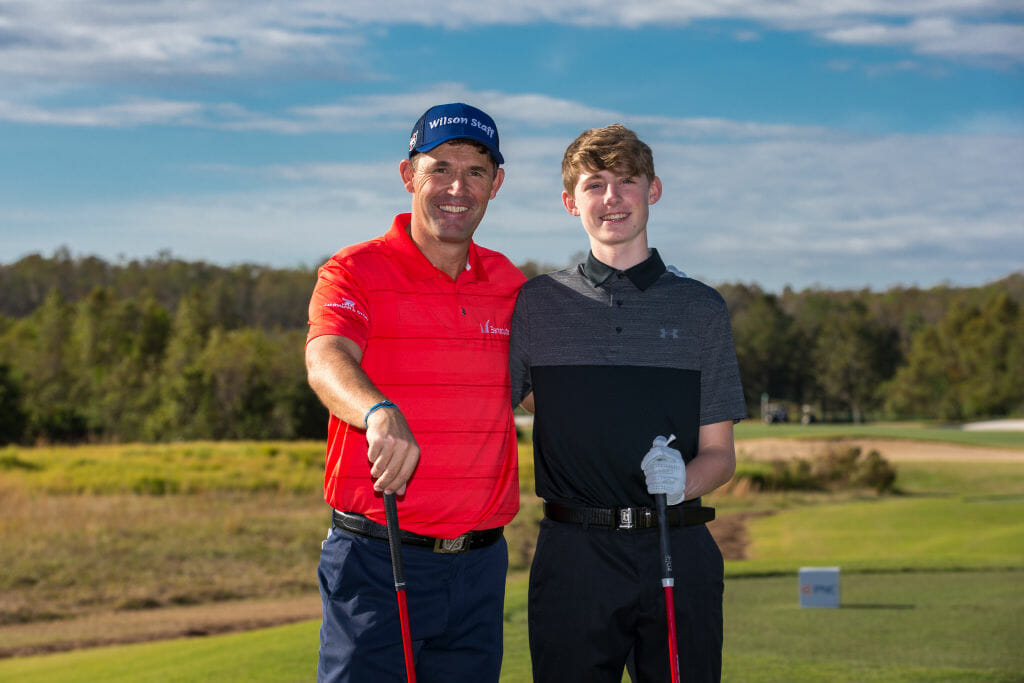 European Ryder Cup captain, Padraig Harrington has ruled out returning to the U.S. for next month’s restart to the PGA Tour.

Harrington would dearly love be travelling to Fort Worth in Texas and the June 11th commencement to the Charles Schwab Challenge on the Ben Hogan famed Colonial club course.

The three-time Major winner has never teed-up in Fort Worth in more than 20-years competing on the PGA Tour but that’s not an issue.

Harrington, like all Tour players, wants to get back to competing but along with the likes of fellow Open Champion, Francesco Molinari plus Austrian Bernd Weisberger and the English trio of Tommy Fleetwood, Tyrrell Hatton and Lee Westwood, these players cannot return to the States in the current COVID-19 lockdown times unless they undertake a fortnight period of ‘self isolation’ in stepping back onto U.S. soil.

“We’re still not allowed travel from Ireland. First and foremost, there is no unnecessary travel, that’s there and ever present,” said Harrington to my dear colleague and Irish Times golf correspondent, Philip Reid.

“At the moment, you’re not to travel for no reason and going out there for my golf is far from necessary, so I assume I am not to travel. Obviously, that’s going to change at some point but for now unnecessary travel isn’t meant to be undertaken.”

Harrington last teed-up on March 6th, missing the cut in the Arnold Palmer Invitational in his third weekend off in as many PGA Tour events.

Since then, Harrington’s backyard has been the backdrop for another side of the 48-year old and with the help of eldest son, Paddy, dad has become a social media star.

Harrington’s first backyard instruction piece on March 15th has 206,600 views while the biggest ‘views’ in now over 60 videos was 307,100 views when he wore different coloured socks for a lesson on World Down Syndrome Day.

His latest posting was Monday (May 18th) with a now heavily bearded Harrington clocking-up over 80,000 views following a chipping lesson.

“At the start, the first couple would take me hours to get the stuff done but I figured out it is as well to do shorter videos,” he said.

And clearly in also in having to regrip two drivers and also splitting a number of golf balls in his own driving net, the last thing Harrington would like is crossing the Atlantic and then having to spend a fortnight in a hotel room

“It is a case of either two weeks sitting in a hotel room or sitting in my house?” he said also to Philip Reid.

“I don’t think I would go through that . . . having to travel and isolate on your own in a room for two weeks is something you’d never do by choice.

“At this stage, unnecessary travel is not allowed, and in many ways you’d rather things like that.”