Lowry gaining an appreciation for all things life in lockdown 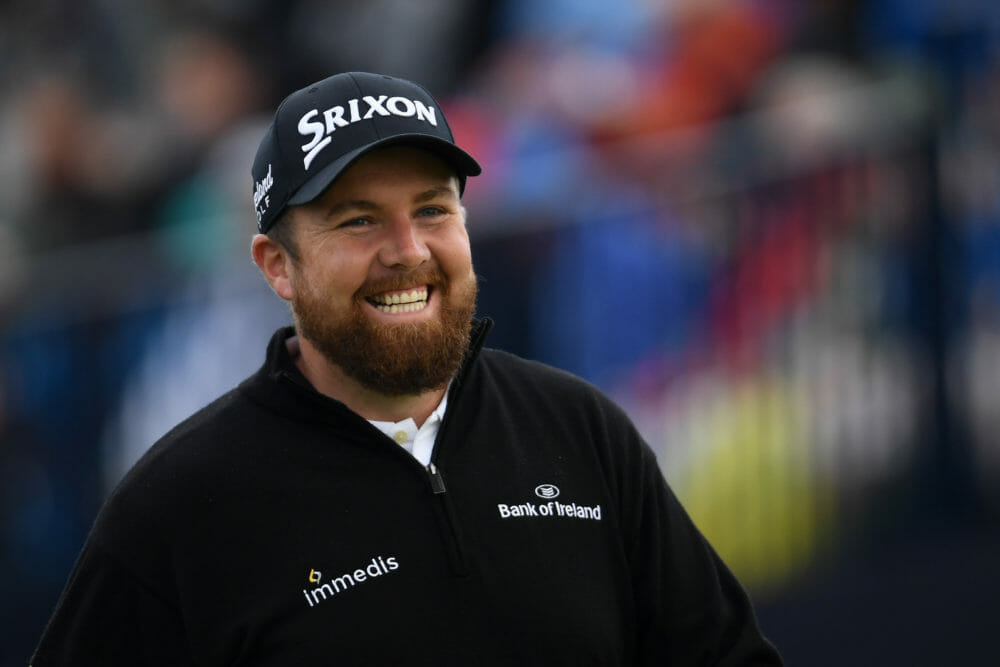 From his lockdown station in Florida, Shane Lowry has had plenty of time to appreciate a rare extended stint with his family as tour life for the world number 20 continues to be put on hold.

Speaking on the first of The Open Podcasts, the current Champion Golfer admits he’s gained a greater understanding of what it’s like to be a stay at home parent given golf’s global shutdown since Covid-19.

“It’s amazing how difficult it becomes with a three year old,” he said, laughing, “and how much I respect teachers and child carers and anyone who stays at home, mams or dads, that stay at home and look after the kids, it’s a full time job!”

Just recently back hitting balls in Florida after an unusual absence from the day-job, the Clara star was struggling without the game more than he expected, but time away from the fairways has built perspective off it and afforded Lowry ample room to reflect on his biggest achievement in golf to date, his Open Championship win.

“I don’t feel like I’m a different person but I feel like my life has changed,” Lowry said.

“Back home it’s a big deal obviously. We really support our golfers in Ireland and even just at Christmas there in Dublin, that was the last time I was home, when I was walking the streets out shopping with Wendy or doing something, you find people looking at you and it’s just a little bit different than it was before.

“I suppose the simple things that I used to take for granted become a little bit more difficult but it’s all good. The Irish people are great and I’ll have as much time as I can for anyone when it’s the right time.”

Those who witnessed it will never forget Lowry’s win at Royal Portrush. From his masterclass 63 on the Saturday to the way he ground out a score in the driving wind and rain for a six-shot success on the final day, it was an atmosphere like no other and one Lowry feels lucky to have experienced given it had been 68 years since Ireland last hosted an Open.

“I could’ve won the Open at St. Andrews or Lytham but the fact I won it in Portrush meant everyone was able to drive up that morning,” he said.

“Last minute people were able to be there and I just felt very lucky that everyone I wanted to be there – apart from my granny who couldn’t make the journey – but everyone I would’ve wanted was there.”

“Most of the people were planning on coming up anyway at some stage but when I went into the players’ lounge [after the win], everybody was in such good form, everyone was having a few drinks. I was running around doing media but I remember thinking, ‘I just want to have fun with the lads’.

“I didn’t drive home that night but I don’t think I had a drink there, I can’t remember, but some of my friends had a good few drinks on board! My Dad was in flying form! I always say it about walking down 18, you’d love to just press pause and be able to soak that in for ages. It all happens too quickly and before you know, it’s all over but yeah, great memories. Good times.” 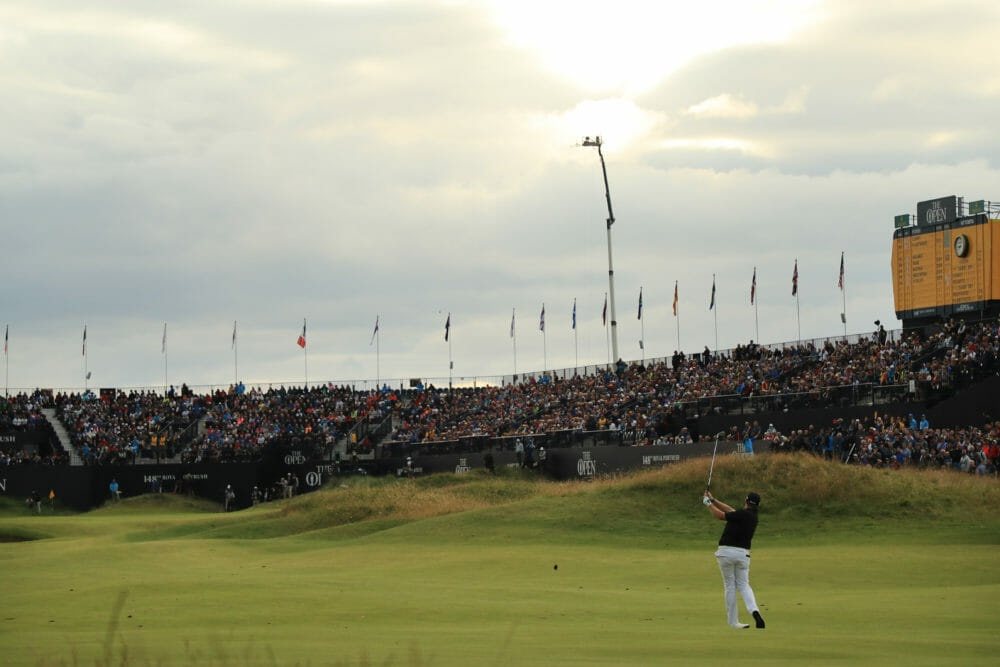 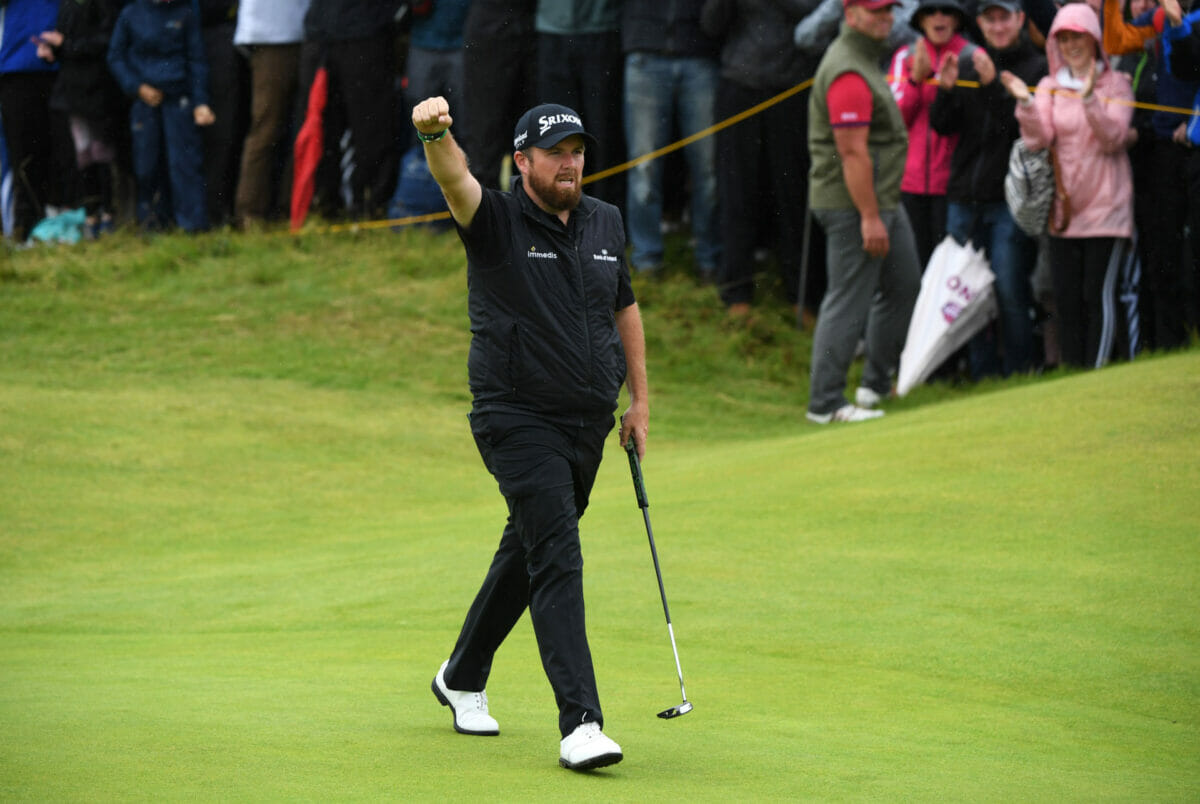 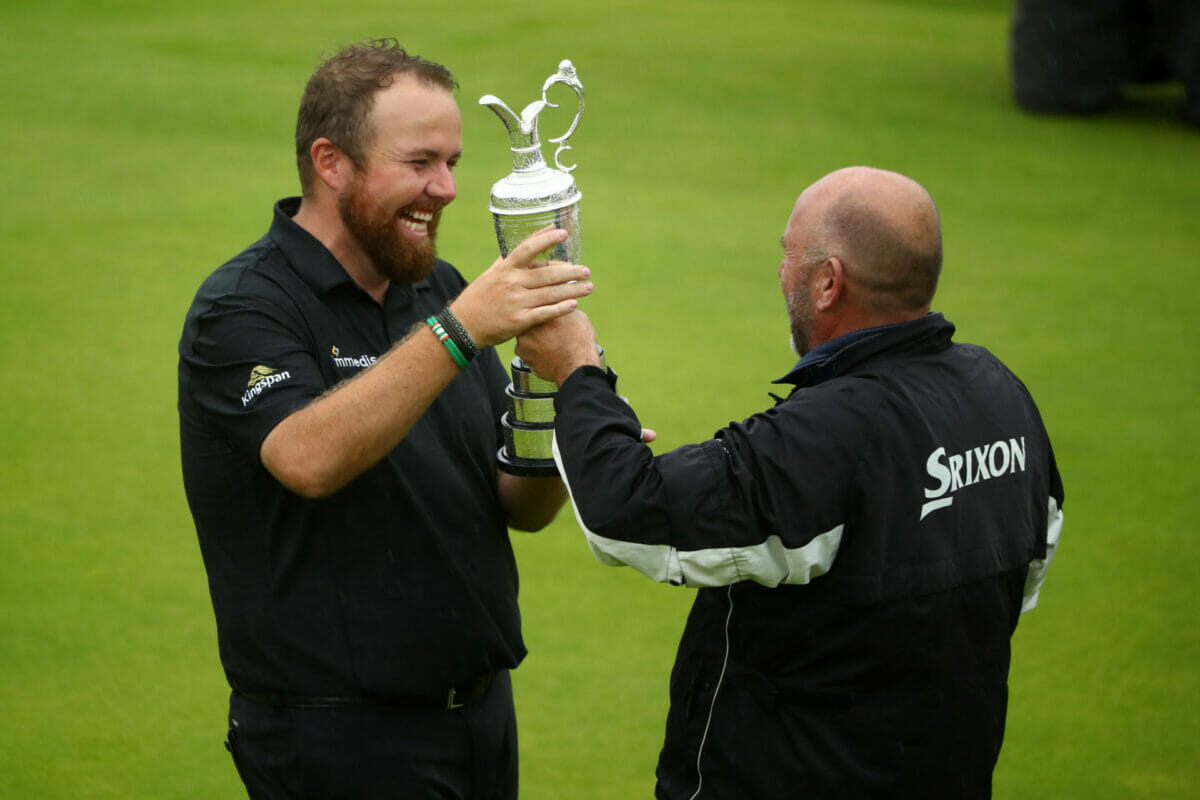 They were memories shared by bustling crowds but even the ‘sold out’ memo didn’t deter Lowry’s supporters from exploring every avenue when it came to getting tickets for his final round at the Dunluce Links.

Space outside the ropes was at a premium and with phone calls flying across every corner of Ireland in search of hen’s teeth, Lowry was sheltered from the scramble by wise management, eternally grateful he didn’t know about the mad panic happening behind the scenes.

“I didn’t have a clue what was going on,” Lowry admitted.

“Brian and Conor who look after me said let’s not tell Shane anything because he’ll get annoyed which I would have – and I know right well my Dad was annoying everyone for tickets – for people he probably didn’t even know, or he’s met once before!”

“I know Clare and everyone at the R&A did an unbelievable job getting as many tickets as they could. That was one of the funny parts but if I’d have known, I would’ve got really annoyed about it.

“I’m sure that Saturday night they’re probably thinking it’s the last evening, they’ve only got one more day of work left and they could go for dinner and a couple of drinks and then all of a sudden, I’m leading and Dad’s looking for hundreds of tickets and they have to just come up with these tickets from nowhere!”

“I’m sure they were secretly cursing me and my family but it kind of adds to the whole story – it’s pretty cool.”