A View to a Kill* 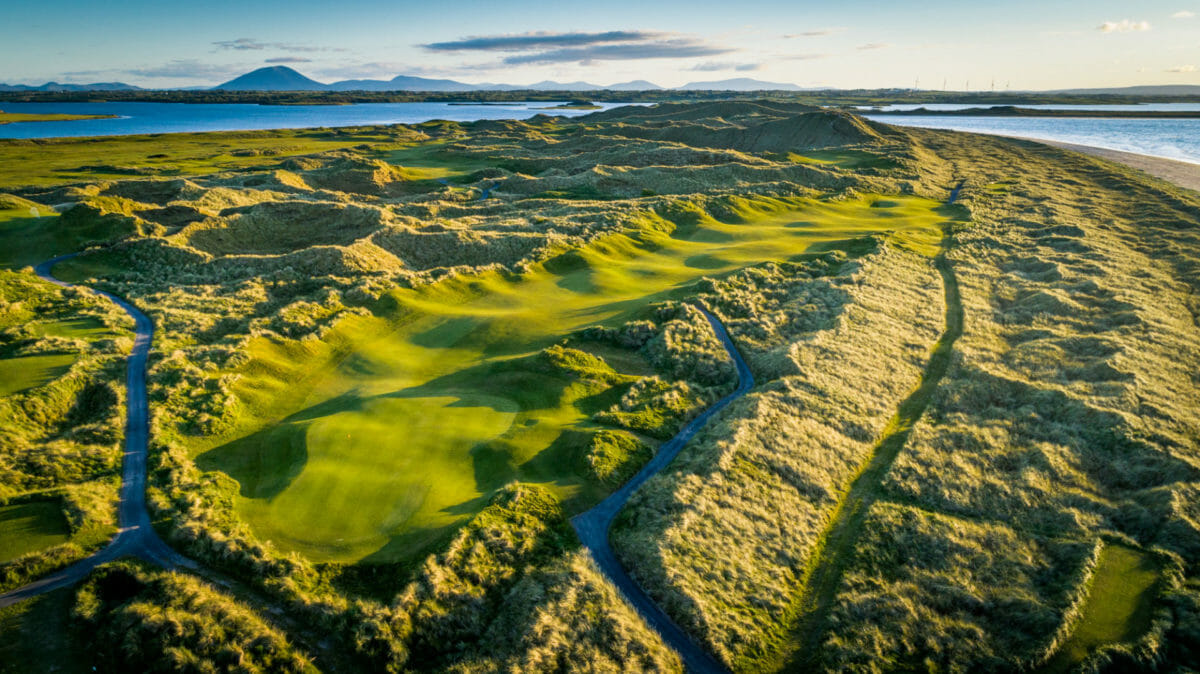 Is anyone infallible? No, of course not. Not in any sphere of life… and definitely not when it comes to golf course rankings. Irish Golfer Magazine released its Top 100 courses earlier this year and there’s not one golfer who will agree 100 per cent with the ranking of that list. Even the members of the panel would hum and haw over some of the course positions. And that’s because we all look at golf courses from different points of view.

But here’s the thing, every single person on that panel is passionate about Irish golf and has a deep insight into Irish courses. In other words, that top 100 is based on informed opinion, knowledge and experience.

I am rarely a fan of ‘Top’ lists created by overseas magazines or websites where informed opinion, knowledge and experience are lacking. Where do they get their information? How much in-depth research is involved? That is what I want to know. The common play in such scenarios is to go with what has gone before, what your peers have done or to favour the ‘big’ names.

Golf Australia magazine has just released its ‘25 Golf Courses With Views To Die For’. In the introductory blurb it says, “Here are some of the best views to be found during a round of golf anywhere on the planet.”

That’s a big promise and please note the ‘some of the best’ caveat. Smart thinking! Maybe the magazine thought that would be sufficient. And then I come along and start pointing fingers!

Of the 25 courses, eight are in Australia and three in New Zealand. No surprises there from an Australian magazine.

Ireland gets an impressive five… which is the second highest number of courses by country (the US only gets three). But guess Ireland’s five and I reckon it would take you 15-20 attempts.

Yes, Old Head of Kinsale and Royal County Down are there, and deservedly so, along with Royal Portrush, which wouldn’t make my top 10 but after last year’s Open Championship it is easy to justify its inclusion. But the last two are more surprising. They are Doonbeg and Enniscrone.

As much as I love Enniscrone, its views are only mildly impressive at the end (holes 15 to 17) of the round, and specifically from the 17th tee box. Doonbeg offers much more as it curves around Doughmore Bay, and several holes overlook the beach… but it is hardly in the same bracket as Tralee or Waterville which are the big-name links that would be mentioned in the first breath of any Irish golfer when discussing Ireland’s most scenic clubs.

And what about Dooks, Connemara, Co. Sligo, Narin & Portnoo, Killarney, Cruit Island or Portsalon, all of which, in my opinion, come ahead of Royal Portrush, let alone Doonbeg and Enniscrone.

Anyway, I guess I should be impressed that Enniscrone gets a mention. It is one of those courses that rarely gets the credit it deserves.

So that’s Ireland for you.

Am I finished? Absolutely not.

Scotland, the home of golf gets just two courses on this list. Two! That’s mad. And the two they have chosen, madder still. Think Highlands, think islands and coastline… the landscapes are sensational so it beggars belief that one of the courses is St Andrews. Oh sure, it may be the spiritual home of golf but it doesn’t make the cut for ‘courses with a view to die for’. Not by a long shot. There are hardly any views at all apart from the town as you start and finish (or is that the ‘view’ in question?), while one of the Fairmont St Andrews courses, just a couple of miles away sits up on cliffs and towers over the town to the north, promising far more enticing scenery.

The second course is the more worthy Castle Stuart, which looks out over the Moray Firth and up into the Scottish Highlands… but as with Ireland, there are many more worthy venues that could and should have been on this list ahead of these two links – from Machrihanish, Shiskine and Ardfin to Boat of Garten and Skibo Castle, and from Glen or North Berwick to Cruden Bay and Crail.

I’m not bashing the list – well, not much – but I prefer my lists to be well researched and well informed. This one has at least two howlers.