The importance of team Captaincy 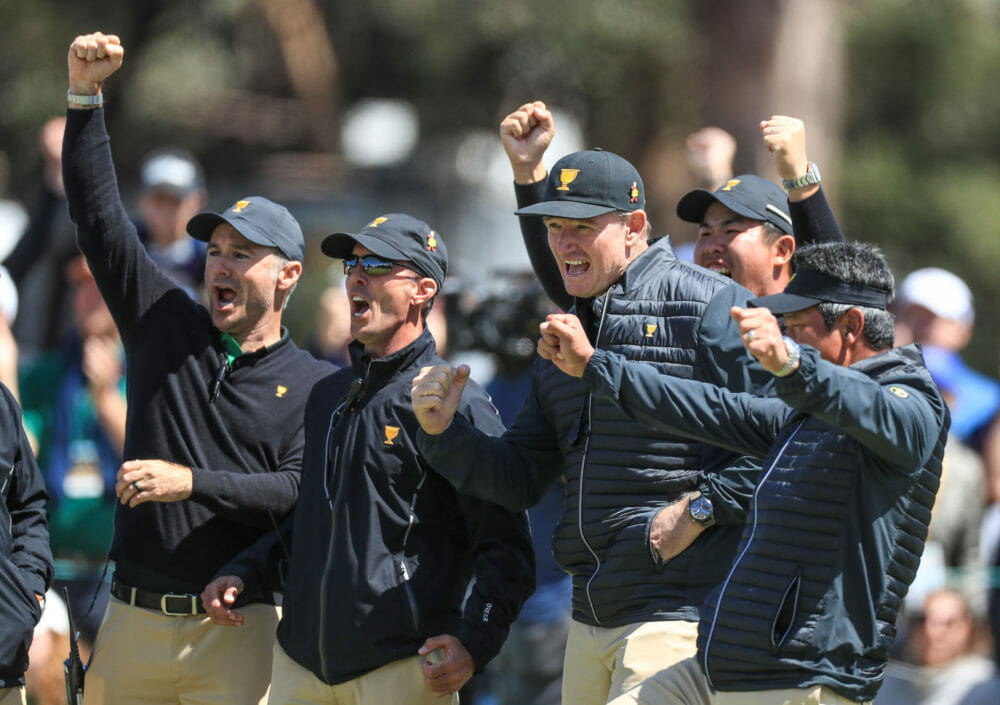 Ernie Els the International Team captain (second from right) celebrates with (L-R) Trevor Immelman, Mike Weir, Byeong Hun An and K.J.Choi as another putt goes in for his team during day one of the 2019 Presidents Cup at Royal Melbourne (Photo by David Cannon/Getty Images)

Former Masters champion, Trevor Immelman gives every impression that he is a quiet and sensitive soul. A deep thinker and a meticulous planner in the mould of Paul McGinley, he may well turn out to be an inspired choice as the new leader of the Rest of the World team in next year’s President’s Cup Matches.

Immelman will have to figure out how to gain full control over his high-performing team, otherwise the experience will feel as if he is a backseat passenger going down Corkscrew Hill without brakes when you can see the crash coming without being able to do much to stop it – and it will be all of your fault! Being a non-playing captain means too much credit if you win and too much blame if you lose. The captain is constantly the target for second-guessers.

No matter how good a captain is – he can never be better than his players, but a bad captain can destroy proven excellence. To orchestrate a combined motivation and team ethic is only achieved through honesty and clear communication while treating every player as an individual. The timing of words is as important as what the captain says, especially on the course. When someone is playing well, they are best left alone. As soon as somebody falls behind, the captain needs to be at his side helping him to hang in and ‘pick it up’.

In spite of his ‘tough guy’ image, Curtis Strange was a poor Ryder Cup performer with a lukewarm record of 6 wins, 12 losses and 2 halves and is infamous as the losing captain at The Belfry in 2002, who inexplicably employed Tiger as an obsolete anchorman.

Nevertheless, Strange’s views are interesting: “This wild-card business isn’t as complicated as everybody thinks. When Tom Kite was captain, he told me that he had all the statistics. He had the numbers on what happened when a guy played his first match; how he did in his second outing and how guys tend to do when they play all four times before the singles, and so on.”

Strange’s attitude is typically American, careless and cavalier. He paid the price. Because they play on the most lucrative tour in the world, the USA team takes its superiority for granted but in a series of 18-holes matches anybody can beat anybody. Momentum is everything; over 18 holes it is virtually irreversible. A putt holed or missed either way as early as the first hole can decide the entire trend of an 18-holes match. The team captain must be right on top of his brief to keep track of every match and every stroke because in the end every shot counts.