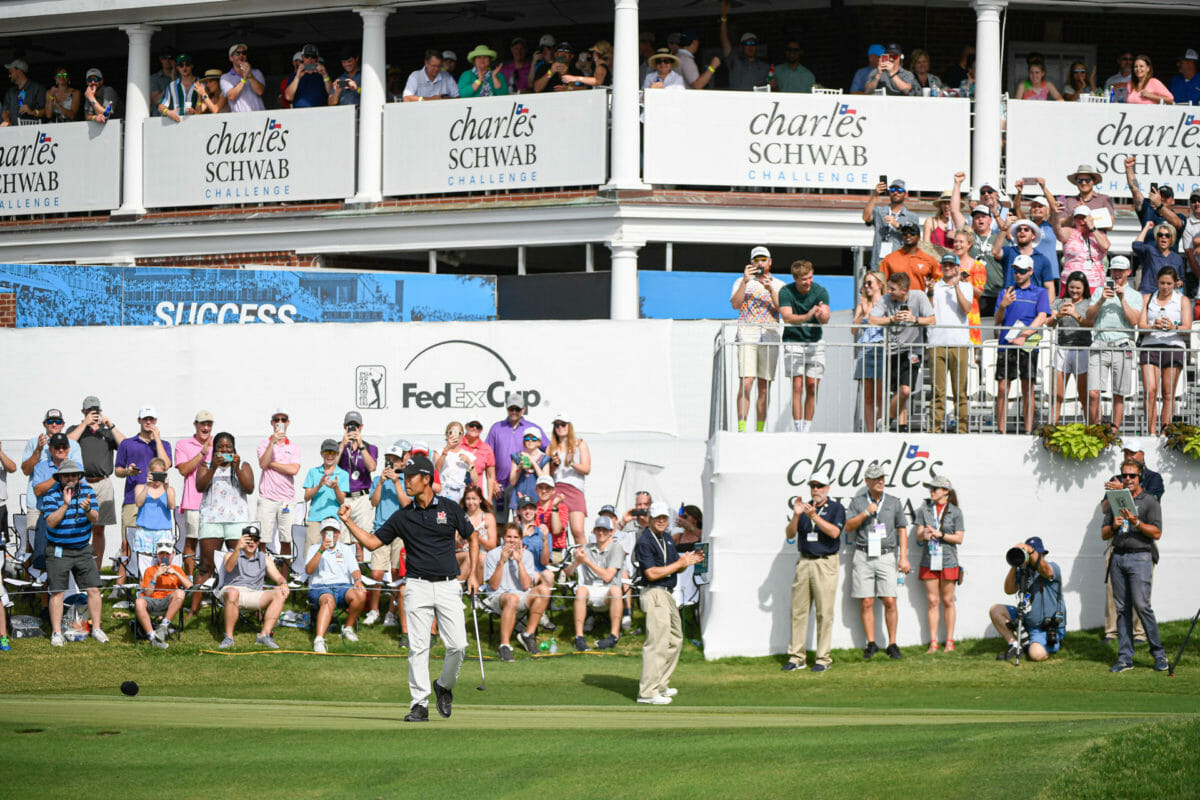 Kevin Na reacts as he makes the winning putt on the during the final round of the Charles Schwab Challenge at Colonial Country Club on May 26, 2019 in Fort Worth, Texas. (Photo by Ben Jared/PGA TOUR)

“Scary, daunting and like being at the side of a razor’s edge” is how Charles Schwab Challenge Tournament Director, Michael Tothe described the pressure of news that the PGA Tour is scheduled to restart on June 11th at the Colonial Club in Fort Worth, Texas.

If COVID-19 pandemic fears have eased and it is safe to play, it will mean a three-month Tour competition break since the Players Championship was cancelled late on Thursday, 12th March.

The Charles Schwab Challenge was due to be held from May 21-24 and if the $US 7.5m event does go ahead as the Tour hopes, it will be one of the first of the major U.S. sports, even though the tournament and the following three on the Tour schedule will be ‘specator-free’.

“It’s scary … it’s daunting because I want to make sure we do it right,” Tothe said speaking with ESPN.

“I know the PGA Tour wants to make sure they do it right, so I hope we’re a benchmark and I hope we’re an opportunity for people to get back to normal … You’re on one side of the razor’s edge of having the opportunity to come back to sports, regain life a little bit, watch some golf, be outside, host the best players in the world.

“Then the other side of the razor is there’s a lot going on still with the economy and our care workers and people suffering from COVID-19, so it brings you back to the centre. But I think golf’s just a little bit different, and we’re going to take the steps necessary to make sure that if we have that opportunity, we’re going to do it right in Fort Worth.”

The Lone Star State has been hit hard by the Coronavirus with nearly 20,000 confirmed cases among more than 700,000 across the 50 U.S. States.

“A lot of that has been discussed, and a lot more has to be figured out,” added Tothe.

“Every element of the golf tournament is now going to be looked at and dissected and we’re going to have to change what we did in 2019 to what we do in 2020. But what’s paramount in all of this is, we have to put everybody that has the opportunity to be on the grounds with us in a very safe environment. No stone will be left unturned.”

The Tour’s Vice-President and Chief of Tour Operations, Andy Pazder had briefed last Tuesday all 16 members of the Players Advisory Committee and indicated the Charles Schwab Challenge will help to answer many questions going forward in what will be just 13 remaining qualifying events leading into the PlayOff Series.

“If we’re able to determine that we can conduct the Charles Schwab Challenge and subsequent events in compliance with all health regulations, local, state and federal health regulations, and if we’re comfortable that our protocol, testing protocol and on-site procedures give us a confidence level, [then] we’re going to proceed with our tournaments,” said Pazder.

“We will not conduct our tournaments if the answers to those previous questions aren’t yes. We are confident [in that].”