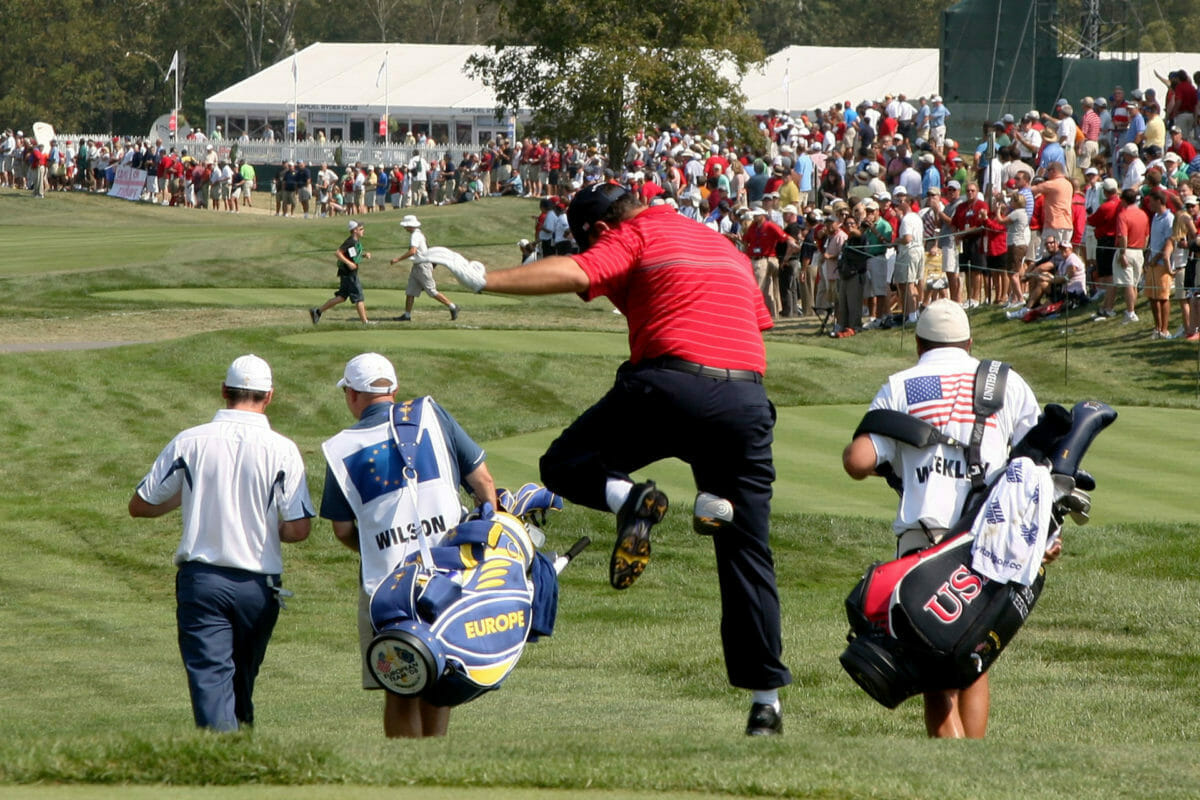 Let me begin by saying that few people love the Ryder Cup more than me. Along with the Masters, it’s the event on the golfing season that I look forward to most and I had September 25-27 circled on my calendar long before it became a fixture on my office wall.

But as the sporting world began to shut down and focus (rightly) turned to genuine life and death scenarios, I quickly accepted that the Ryder Cup would fall victim to the virus and be pushed back to 2021. I mean, it made sense. Of all the events scheduled for the latter half of the season, the biennial match between Europe and the United States was the easiest to postpone.

With each passing day I expected the news. James Corrigan writing for the Guardian reckoned he had the inside track, that the decision was made and the announcement imminent. I believed him. I mean, why wouldn’t I? It made perfect sense. But then Padraig Harrington came forth with contradicting views, and, well, he’ll never be accused of disingenuousness.

Last week’s announcement that the Open Championship would opt for discretion over valour came as little surprise with Wimbledon taking a similar line shortly before, but even with the other three majors willing to stand and fight, I still find it hard to believe that the Ryder Cup is on the schedule as planned.

Now, like I said, I love the Ryder Cup. The 1995 staging at Oak Hill is among my earliest memories of televised golf, particularly my father’s expletive laden outburst – he almost never swears – when Corey Pavin chipped in on the final hole to snatch a dramatic victory for he and partner Loren Roberts against Nick Faldo and Bernhard Langer.

I still remember where I was when Justin Leonard holed the now infamous putt on Brookline’s 17th green – we were stuck in traffic outside Ashbourne having attended the Meath versus Cork All-Ireland Football Final and were glued to the radio having abandoned our plans to avoid the result and watch the recording later – I still remember the lump in my throat when Darren Clarke stood on the first tee at the K-Club in 2006, and I still remember Graeme McDowell’s putt on the 16th at Celtic Manor to all but clinch the trophy in the anchor match.

But these are the classic golfing moments that everybody remembers. I also remember Darren Clarke and Davis Love III sitting shoulder to shoulder behind the 18th green at Oakland Hills in 2004, both puffing on fat double coronas in the sunshine having gone toe-to-toe for 18 gruelling holes shortly before, I remember Ian Woosnam sinking a pint of Guinness in the rain on the clubhouse terrace, and I remember Boo Weekley riding his driver down the 18th fairway like it was a bronking stallion at Valhalla in 2008.

Yet, even with all these priceless memories, I don’t want a Ryder Cup just for the sake of having it. Spectators may be less than essential at many Tour stops where polite applause is common currency, but the partisan nature of Ryder Cup crowds is a vital part of the event’s allure. It is five months until Whistling Straits and it’s quite possible that the pandemic will be sufficiently contained to allow mass gatherings, but it’s far from certain and a risk that need not be taken.

Exceptional circumstances dictate exceptional measures, but it’s blatantly clear that the qualification process has been drastically altered. Much as the captains may like the idea of a blank canvas with carte blanche to select whomever they like, the reality is that it would become something of a “Sophie’s Choice.” Either way, there will be bitter disappointment among the unselected and the eventual losing captain will shoulder a significantly larger portion of blame than usual.

With so many question marks hanging over the event, postponement seems an even more glaring solution which leads me to ponder the motives behind the push to complete the event. There is the money, of course. The Ryder Cup is a major cash-cow for both the European and PGA Tours, with the former particularly reliant on the event to remain afloat. But as Paul McGinley recently pointed out when talking to Newstalk’s Off the Ball, the financial value to the European Tour is significantly reduced when the United States play host, and vice-versa.

Television rights, on-site hospitality, and ticket and merchandise sales are where the event makes its money, and a fan-less event renders all bar the broadcasting null and void. Perhaps there is already a considerable amount of “2020” merchandise created and this is a swaying factor – admittedly, this is pure speculation on my part – but if it’s financial necessity that’s steering the ship, then it’s veering into dangerous waters.

Postponement would also offer the added bonus of steering away from an Olympic clash with every second staging, assuming that the Olympics revert to their traditional schedule after the delayed Tokyo Games. Of course this would put the Solheim and Presidents Cups into Olympic conflict but the Ryder Cup is the alpha dog and should really be first to dine.

Keith Pelley recently warned us to expect something “radically different” when golf gets back underway. I can accept radically different where 72-hole stroke play tournaments are concerned, but at the risk of going all Colin Firth in Bridget Jones’ Diary, when it comes to my darling Ryder Cup, I like you just the way you are.

If keeping it sacrosanct means a 12-month wait, then so be it.