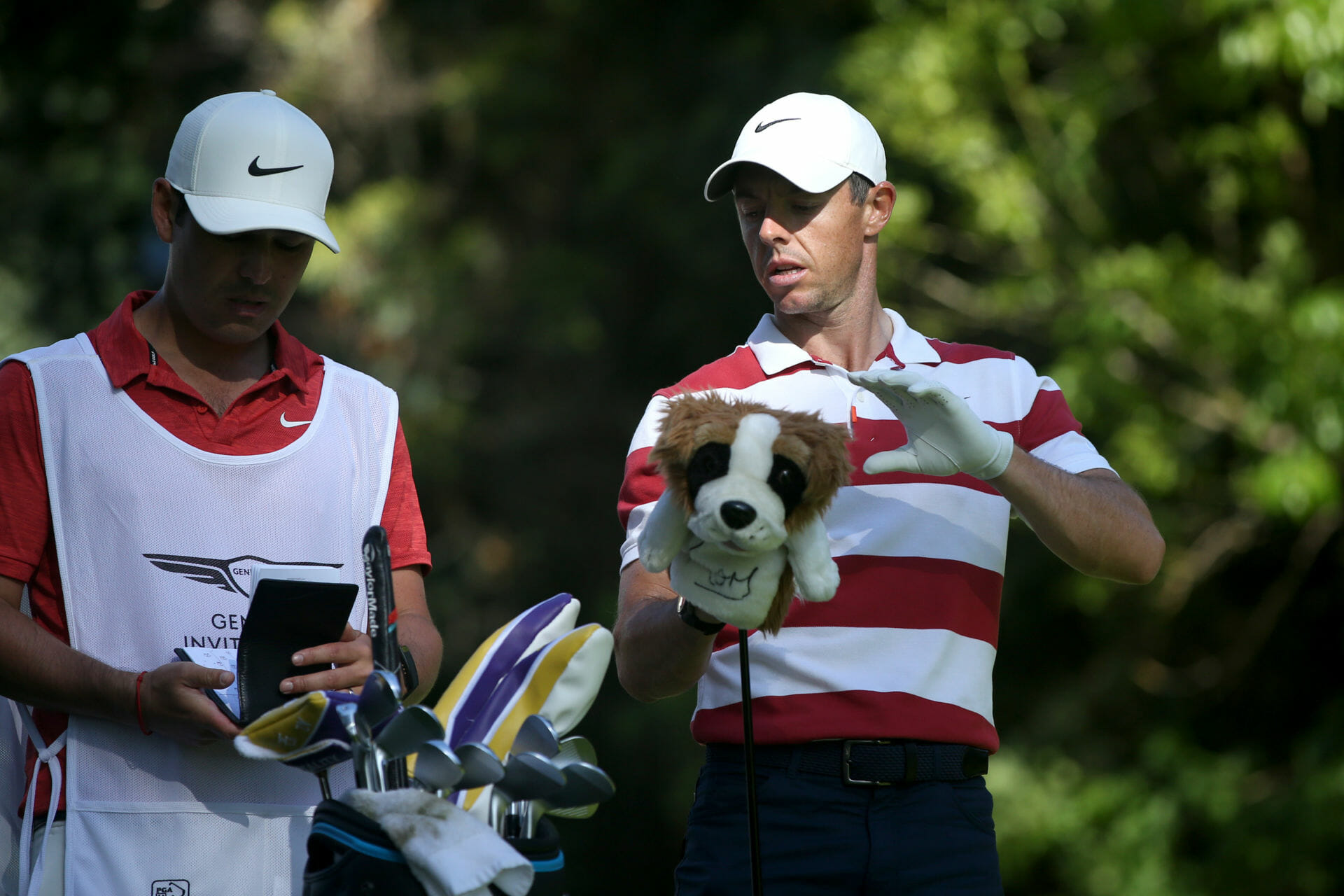 The rules of golf state that no player can game more than 14 clubs in a round of golf, but why? Here two everyday squabblers debate the pros and cons of the 14-club rule:

Mutt: I genuinely do not understand why there’s any restriction on the number of clubs allowed. Who cares if I carry 6, 14 or 25 clubs, plus 3 putters? Who benefits from a limit of 14? You still have to hit the shot, you still have to make a decision on strategy and calculate the conditions and contours. If they dropped the rule, nobody would receive any advantage one way or the other. We could all have the same unrestricted number of clubs. It seems the 14-club limit was introduced in the late 1930s to lighten the load on caddies. Very few recreational players hire caddies today. The rule is out of date.

Jeff: Recreational golf and touring professional golf are as different as chalk and cheese. Why should it matter if they use equipment that looks the same but plays slightly differently? To appease the manufacturers, give the amateur (99%) the benefit of technology, even raise the limit on the number of clubs to 15 but reduce the pros (1%) to carrying 12. I could not agree to a no limit because people are silly enough to be silly. Myself? I can play perfectly well with 9-clubs; usually carry 12 but hardly ever 14.

Mutt: Why restrict the number at all? No one benefits from it. And there are certainly times when I wish I had a certain club (e.g., a fourth wedge) to execute a certain shot, but it would have been my 15th club, so lonely in the locker it sits. My opponent, on the other hand, might well have that fourth wedge, because he left his 3-wood in his locker. Does that make him a better player? Hardly.

Jeff: It’s the opposite, we would all benefit and play better with less than 14-clubs. I was appeasing the manufacturers by saying 15 for the recreational golfer. If you can carry a club for every situation, there would be no need to make strategic choices, improvise or take advantage of additional skills. Seve Ballesteros’s most lofted wedge was 54º. When somebody expressed surprise, he showed them his hands and said: “‘Zese’ are my 60º wedge!”

Mutt: Why must there be a necessity for “strategic choices”? It’s hitting the shots well that is the primary requirement in a game of golf, not choosing the implement. It doesn’t matter what club you choose – it’s getting the ball onto the fairway and green and into the hole in the least amount of strokes that matters. Is it fair if I’m forced to leave my 4-iron in my locker because it’s probably the club I expect to use least on a particular day?

Jeff: It’s strategy to bring the right combination of clubs with you! You must draw a line somewhere. Otherwise, you’ll have players hiring carts to bring the entire pro shop onto the golf course. If you can’t play a decent game with 14, you won’t do any better with 28. Pick a number! My choice is 12 and I mightn’t even bother to carry that many.

Jeff: It would be interesting exercise for you to take note of the clubs you use in your next 6 rounds on the same course. I am sure there would be one or two clubs hardly used at all. If we were all restricted to say, 8 clubs we would get used to it; learn new skills and become better golfers. Adapting your swing technique to hit different shots is part of golf; more so if you do it with the same club.

Mutt: I’d like to have 16 clubs in my bag on a regular basis. Why shouldn’t I be allowed have my 1-3-5-woods, 3-Hb, 4-Hb, 4-5-6-7-8-9-irons, P-G-S-L wedges and a putter. I wouldn’t mind having two putters – one for long putts, one for short – I’m sure I’d find use for every one of those clubs…..the 4-iron mainly for putting from the fringe. But if I’m playing a match, I would have to go without some of those clubs. It’s always a tough decision and I don’t see the rationale for being forced into making it?